Indexes books and journal articles on the history of the world (excluding the U.S. and Canada) from 1450 to the present.

Bibliography of British and Irish History 1900+

Authoritative guide to what has been written about British and Irish history from the Roman period to the present day. The bibliography is hosted by the Institute of Historical Research.

Illustrated collection of over 57,000 authoritative biographies of people who shaped the history of Great Britain, from the 4th century BC to those who have died in the previous few years.

Index that covers books, government documents, periodicals, and newspapers from nineteenth-century Britain and the United States.

Subscribe to updates for Core Resources for Modern European History

Collection of British pamphlets from the 19th century held in UK research libraries.

Rare manuscript and early printed material, highly illustrated maps and documents, diaries, and ships' logs that serve as primary sources for study of  key events in the history of European maritime exploration from c.1420-1920.

Overview of the political history of the Middle East in the 20th Century, based on primary source documents from the British national archives. Documents the politics, administration, wars and diplomacy of the Palestine Mandate, the Independence of Israel and the Arab-Israeli conflict.

Brings together primary source content on social, political, health, and legal issues impacting LGBTQ communities around the world, including the gay rights movement, activism, the HIV/Aids crisis, and more.

Indexing of journals and conference papers published in Spain in a wide variety of disciplines in the humanities, social, life, and physical sciences. A subset of the database, ISOC-America Latina, indexes 20 Spanish journals dedicated to Latin American topics.

Digital edition of book sales catalogues printed in the Dutch Republic before 1801.

Includes the immediate experiences of approximately 500 women, as revealed in diaries and letters.

Digital library containing some of the core printed primary and secondary sources for the medieval and modern history of the British Isles.

Consists of 2 major collections from the British Library which span 300 years of newspaper publishing in the U.K.—17th and 18th Century Burney Collection Newspapers and 19th Century Newspapers  Provides a representative selection of papers from 17th-19th century Britain and includes national, regional and local newspapers from England, Scotland, Ireland & Wales.

Provides online access to several collections on the history of the Atlantic world, from British archives.

Digital edition of the printed index and calendar of the British State Papers, 1547-1775.

Consists principally of the correspondence of William Cecil, Lord Burghley (1520-1598) and his son, Robert, the 1st Earl of Salisbury (1563-1612). Also included is a digitized version of the Calendar of the Manuscripts of the Marquess of Salisbury.

Online version of the archive at Churchill College, Cambridge. Comprises nearly 800,000 documents amassed by Winston S. Churchill throughout his life.

Digital edition of the documents in Colonial Office (CO) 5 at the UK National Archives. Consists of the original correspondence between the British government and the governments of the American colonies. Modules 1-3 covering 1606-1822 are available.

Digital collection of British Foreign Office documents from FO371, the National Archives of the UK. Describes political conditions, resistance to the German occupation, economic and social conditions and intelligence operations.

Reproduces records relating to Canada, the Caribbean and the US from the British Foreign and Colonial Offices in the UK National Archives.

Disability in the Modern World

Brings together archives, video, and other primary sources for the study of history, media, the arts, political science, education, and other areas where the contributions of the disability community are typically overlooked.

Digital edition of material from Britain's Foreign and Commonwealth Office, documenting British foreign policy from the mid-19th century to the 1970's. Based on the printed editions.

Contains page images of virtually every work printed in England, Ireland, Scotland, Wales and British North America and works in English printed elsewhere from 1473–1700.  Based upon the Pollard and Redgrave Short Title Catalogue (1475-1640) and the Wing Short-Title Catalogue (1641-1700).

Traces the history of printing in Europe from its origins through to the close of the 17th century, offering full-color, high-resolution facsimile images of rare and hard-to-access printed sources.

Collection of plays presented in England between 1737-1824, along with censor’s remarks, correspondence between key theatrical figures, biographical information, portraits, advertisements, historical information and the companion texts, The London Stage 1660-1800, A Biographical Dictionary of Actors, Actresses, Musicians, Dancers, Managers & Other Stage Personnel in London, 1660-1800.  Includes visual materials such as portraits of actors, scenery designs, and playbills; diaries; financial records; and a database of all known performances with casts, from 1600-1800.

Digital edition of journals and newspapers published between 1685-1815 in England, Scotland, Ireland, Jamaica, and British India.

Search or browse all 176 volumes of the English Reports, Full Reprint along with its \Index of Cases\ and \Index Chart.\ This collection encompasses the decisions of the English Courts prior to the commencement of the Law Reports in 1865.

Imprints before 1800 from Britain and its dependencies.

Primary sources on the First World War, including published and unpublished personal accounts, visual materials and ephemera, and official documents on the war and the home front.

Francis (International coverage of the Humanities and Social Sciences.)

Citations and abstracts to articles in multiple languages in the humanities and social sciences. Online version of Bulletin Signaletique, published by the Centre Nationale de la Recherche Scientifique (C.N.R.S.).

Contains primary sources for the study of gender history, women’s suffrage, the feminist movement and the men’s movement. Other key areas represented in the material include: employment and labor, education, government and legislation, the body, domesticity and the family. Includes records from men’s and women’s organizations and pressure groups, detailing twentieth-century lobbying and activism on a wide array of issues to reveal developing gender relations and prevalent challenges.

Compiled by the British Library of Political & Economic Science of the London School of Economics & Political Science. Provides bibliographic information from an international selection of publications in economics, political science, sociology, and anthropology.

Searchable digital edition of the printed Jahresberichte, a bibliography of writings (journal articles and monographs) on German history since 500 C.E.

Leisure, Travel and Mass Culture: The History of Tourism

Literature related to the health sciences published in Latin America.

Provides the records of The Stationers’ Company Archive dating from 1554 to the 20th century. The Stationers’ Company was a key agent in the process by which the book trade was regulated and monitored and thus it is widely regarded as one of the most important sources for studying the history of the book, publishing history, the history of copyright and the workings of an early London Livery Company.

Digital edition of documents from the UK National Archives, covering the years when Macmillan was Prime Minister.

Digital edition of the Goldsmiths'-Kress collections of books on that document economic and business activity in the West, from 1450 to 1945. Materials include books, pamphlets and ephemera and cover a broad range of topics in political science, history, sociology, and banking, finance, transportation and manufacturing.

The Mass Observation project recorded the views and experiences of ordinary Britons from 1937 into the early 1960s. The archive is a rich source of information about Britain before, during and after World War II, and about changes in attitudes to many topics in social and economic life.

Collection of primary sources on the history of the National Socialist state, Nazi ideology, and the Third Reich, from the perspective of both supporters and opponents of the regime. Includes administrative records, personal writings, propaganda, and biographical and reference sources. Note: most sources are in German.

Provides indexing, plus some full text, for English-language oral histories that are publicly available on the Web and that are held by repositories and archives around the world. Primarily covers 20th-century America, but there is some content for other times and places.

Provides indexing, plus some full text, for English-language oral histories that are publicly available on the Web and that are held by repositories and archives around the world. Primarily covers 20th-century America, but there is some content for other times and places.

Indexes books and articles on parliamentary law and practice.

Index to millions of articles published in 4,547 periodicals in the humanities and social sciences. Includes the collections, British Periodicals and Periodicals Archive Online I-V, which provide searchable full-text and page images of hundreds of periodicals, primarily from the 19th century.

Political Extremism in the Twentieth Century

Digital collection of material from the Wiener Library and the UK National Archives on refugees and resettlement of displaced persons in Europe in the aftermath of World War II.

Official newspaper of the Communist Party of the Russian Federation.

Proceedings of the Old Bailey London

Newspapers published for soldiers, sailors, and airmen, during the war years and the immediate aftermath (1939-1948).  Includes newspapers for British, Canadian, Indian, and United States troops.

Slavery and Anti-Slavery: A Transnational Archive

Collections on the transatlantic slave trade, the global movement for the abolition of slavery, the legal, personal, and economic aspects of the slavery system, and the dynamics of emancipation in the U.S. as well as in Latin America, the Caribbean, and other regions.

Testaments to the Holocaust. Documents and Rare Printed Materials from the Wiener Library, London

Digital edition of material from the Wiener Library collection of eyewitness accounts, photographs, propaganda, and printed material documenting Jewish life in Germany from 1933 to after the war.

Includes the  House of Commons Parliamentary Papers from 1715 to the present, with supplementary material back to 1688 and the House of Lords Papers from 1715-1910. Includes searchable full text and subject indexing. The Parliamentary Papers are an essential primary source for Britain, its colonies, and the wider world. They are the working documents of government for all areas of social, political, economic, and foreign policy.

More than 53,000 video testimonies of survivors and witnesses of genocide.  The interviews have been conducted in 63 countries and 40 languages. Each collection adds context for the others, providing multiple pathways to learn from the eyewitnesses of history across time, locations, cultures and sociopolitical circumstances.

Contains a wide range of source material relating to popular entertainment in America, Britain and Europe in the period from 1779 to 1930. Coverage includes spiritualism, sensation and magic; circuses, sideshows and freaks; and music halls; theater and popular entertainment.

Digital edition of the papers of the Virginia Company of London (Ferrar Papers), now at Magdalene College, Cambridge.

Women and Social Movements in Modern Empires since 1820

Subscribe to updates for Supplemental Resources for Modern European History 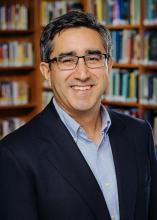