Indexes books and journal articles on the history of the United States and Canada from prehistory to the present.

Indexes publications of the U.S. Congress such as hearings 1824+ (including previously unpublished hearings:  Senate 1824-1992 and House 1833-1982), committee reports, documents and prints. Material is available in microfiche and/or electronic. Essential tool for doing legislative history research. Includes Congressional Research Reports from 1916+, Bills & Laws 1789+, U.S. Serial Set from 1789+, Annals of Congress from 1789-1824, Register of Debates from 1824-1837, Congressional Globe from 1833-1873, and Congressional Record from 1873+.  Also includes Executive Branch Documents 1789-1948 and Executive Orders and Presidential Proclamations 1789+.

Full text of several important works related to the U.S. presidency including, among many others, the Weekly Compilation of Presidential Documents (1965-2006) and Public Papers of the Presidents of the United States (1929-2001).

Provides access to the more than 2 million documents contained in the records of the American Civil Liberties Union at the Mudd Manuscript library at Princeton University.

Digital edition of the papers of John Adams, second president of the United States.

Based on unpublished state rosters, includes information about individual soldiers who fought in the American Civil War.

Includes more than 1,000 diaries, letters, and memoirs from both Northern and Southern politicians, generals, slaves, landowners, farmers, seaman, wives, and even spies.

Authoritative bios of more than 19,000 prominent people who lived in what is now the United States from the Colonial Period to the present. Everyone included is deceased. Includes bibliographic data on publications by and about these individuals. Search by name orvarious characteristics including gender, ethnicity, occupation, dates.

American Pamphlets Series I 1820-1922: From the New York Historical Society

Digital edition of pamphlets from the collections of the New-York Historical Society. Includes more than 25,000 short works printed in every region of the United States between 1820 and 1922.

390 newspapers from 31 states covering presidential campaigns, political parties, and their platforms, usually from a partisan perspective.

Digital collections of historical material on many topics. Includes manuscripts, printed books and periodicals, and government documents. Material comes from the U.S. National Archives, the U.K. National Archives, and many other libraries and archives.

Primary sources from African Americans actively involved in the movement to end slavery in the United States between 1830 and 1865.

Provides online access to several collections on the history of the Atlantic world, from British archives.

Civil War: A newspaper perspective, The

Full text of major articles gleaned from the The New York Herald, the Charleston Mercury and the Richmond Enquirer.

Digital edition of the documents in Colonial Office (CO) 5 at the UK National Archives. Consists of the original correspondence between the British government and the governments of the American colonies. Modules 1-3 covering 1606-1822 are available.

Digital edition of the letters written from 1788-1836 by Dolley Madison, wife of James Madison, fourth president of the United States.

20 volumes of primary material documenting the actions, debates, and thoughts of the First Federal Congress and its members.

Digital library of works published in America in the 17th and 18th centuries. Materials include fiction and non-fiction covering every aspect of American life in the period.

Translation service of the U.S. Government, usually attributed to the Central Intelligence Agency. It covered political, military, economic, environmental and sociological news and commentary, as well as scientific and technical information.

Now called "Leftist Newspapers and Periodicals"Newspapers published by communist, socialist, and Marxist organizations in the English-speaking world, addressing issues such as labor conditions, the working class, McCarthyism, labor unions, the and civil rights.

Contains digitized and searchable copies of over 300 years of legal primary sources, such as early U.S. state codes, city charters, constitutional conventions and compilations, and other documents.

Digital edition of the Goldsmiths'-Kress collections of books on that document economic and business activity in the West, from 1450 to 1945. Materials include books, pamphlets and ephemera and cover a broad range of topics in political science, history, sociology, and banking, finance, transportation and manufacturing.

Online catalog of U.S. government publications dating back to mid-1976. Direct links to documents on the web are provided. Many of the documents are available in the U.S. Documents Collection in Firestone

Searchable archive of documents related to the assassinations of John F. Kennedy, Martin Luther King Jr., Robert F. Kennedy, the Watergate scandal, and post-Watergate investigations into abuses of the CIA and other intelligence agencies.

Monthly Catalog of US Government Publications

Digital edition of The Nation, a leading journal of left and liberal opinion, with coverage of foreign affairs, politics, culture and the arts.Access: 1975 - current

Library and archive of declassifed United States documents received through the Freedom of Information Act.

Digital edition of FCO 7and FCO 82 files from The National Archives, Kew.

Citations to articles, books, reports, and select government documents on U.S. and international public policy issue. Generally considered to be a comprehensive index to policy literature.

Digital edition of the papers of Andrew Jackson, seventh president of the United States.

Digitized version of  correspondence, legal papers, diplomatic papers, and speeches and formal writings from the nineteenth-century legislator and diplomat.

Digital edition of the papers of Eliza Lucas Pinckney (1722-1793) and Harriott Pinckney Horry (1748-1830).  Documents the lives of 2 founding-era women who were members of one of South Carolina’s leading families. Richly details the daily life of maintaining family ties and managing households and plantations. Pinckney’s correspondence illustrates the importance of women’s social connections & transatlantic friendships. Horry’s correspondence documents the strength of personal ties that linked the elite families of the North & the South to each other even as connections were threatened by disputes over slavery, commercial differences, and political and constitutional conflict.

Digital edition of the Papers of George Washington, with supplementary material not included in the print edition.

Digital edition of the papers of James Madison, fourth president of the United States.

Digital edition of the papers of John Marshall, fourth Chief Justice of the Supreme Court of the United States.

Digital edition of the papers of Thomas Jefferson, third president of the United States.

Digitized, full-text searchable collection of almost every piece of correspondence, official or personal, sent or received by general and president Ulysses S. Grant.

Digitized, full-text searchable collection of almost every piece of correspondence, official or personal, sent or received by Woodrow Wilson.

Political Extremism in the Twentieth Century

Digitized transcriptions of tape recordings made of phone calls made to and from the Oval Office during the presidencies of John F. Kennedy, Lyndon B. Johnson, and Richard M. Nixon.

Provides online access to an extensive collection of pamphlets and complete runs of selected regional newspaper titles covering 1840-1865.  Topics addressed include the Civil War, slavery, abolition, medicine, and the law.

Digital library of works published in America in the early 19th century. Materials include fiction and non-fiction covering every aspect of American life in the period.

Slavery and Anti-Slavery: A Transnational Archive

Collections on the transatlantic slave trade, the global movement for the abolition of slavery, the legal, personal, and economic aspects of the slavery system, and the dynamics of emancipation in the U.S. as well as in Latin America, the Caribbean, and other regions.

Brings together original manuscript and rare printed material from dozens of libraries and archives across the Atlantic world. It includes significant coverage of slavery today, US court records from the local, regional and State Supreme Court level, documents on the Islamic slave trade, as well as sources on urban slavery, interracial education, the Day Law in Kentucky, desegregation and social justice.  Also includes material examining European, Islamic and African involvement in the slave trade.

Territorial Papers of the United States

Includes the  House of Commons Parliamentary Papers from 1715 to the present, with supplementary material back to 1688 and the House of Lords Papers from 1715-1910. Includes searchable full text and subject indexing. The Parliamentary Papers are an essential primary source for Britain, its colonies, and the wider world. They are the working documents of government for all areas of social, political, economic, and foreign policy.

Contains several publications of attorney general opinions including Official Opinions of the Attorney General (1791-1982) and Opinions of the Office of Legal Counsel (1977-1996).

Digital access to Congressional Record (Bound and Daily), Annals of Congress, Register of Debates, Congressional Globe, American State Papers, Journals of the Continental Congress, and Territorial Papers of the United States. "Daily-to-Bound Locator" provides citation to Bound version from the Daily Congressional Record. Also includes smaller works including Journal of William Maclay, Diplomatic Correspondence of the American Revolution, James Madison's Notes of Debates in the Federal Convention of 1787, Administrative Conferences of the United States, Legislation of Congress for the Government of the Organized Territories of the United States, B.F. Steven's Facsimiles of Manuscripts in European Archives Relating to America, 1773-1783.

Indexing and full text access to a rich collection of declassified documents from various government agencies, including the White House, the CIA, the FBI, the State Department, and others covering events following Word War II. Some specialized collection are contained in Archives Unbound.

Declassified documentary records of the U.S. intelligence community in the Far East during the Cold War (1945-1991). With focus on People's Republic of China, North Korea and North Vietnam. Also covered are Japan, Taiwan, Indonesia, Thailand, the Philippines, Malaysia, Singapore, and Australia.

Contains full-text documents from U.S. intelligence agencies covering the Middle East and North Africa from the end of WWII to 2009.   Includes CIA reports and briefings.  Note: Select ‘this collection only’ to limit search to this resource.

Documents from the United States military, Atomic Energy Commission, Department of State, Central Intelligence Agency, White House, and other agencies detailing the development of nuclear, chemical, and biological weapons for use by American forces, from 1942-present. 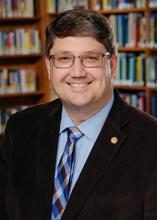