The Taller de Gráfica Popular (known as TGP) was founded 1937 by the talented Mexican artists Leopoldo Méndez, Luis Arenal, and Pablo O'Higgins. The TGP became the first self-supporting art workshop in Mexico to create and publish their own work. 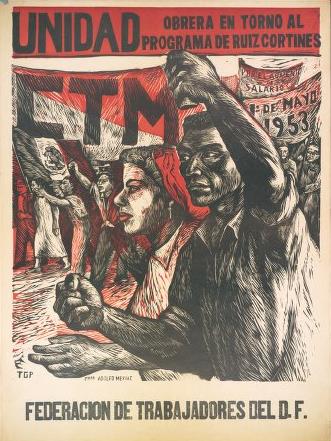 Their work had a variety of objectives; some overtly political, some comic, and some artistic. The Princeton University Library has collected TGP prints by Alberto Beltrán, José Chávez Morado, Francisco Mora, Rufino Tamayo, and Alfredo Zalce, among others which are housed in the Graphic Arts division of Special Collections.