On February 16, 2015, the University announced that the The Scheide Library has been received as a legacy from William H. Scheide, Class of 1936. It has been housed in Firestone Library since 1959, when Scheide moved the collection from his hometown of Titusville, Pennsylvania. Bill Scheide added new acquisitions to the Library continuously down to his death in November 2014. For the past 56 years it has been available to scholars on terms comparable to the University’s other rare book collections and this will continue. 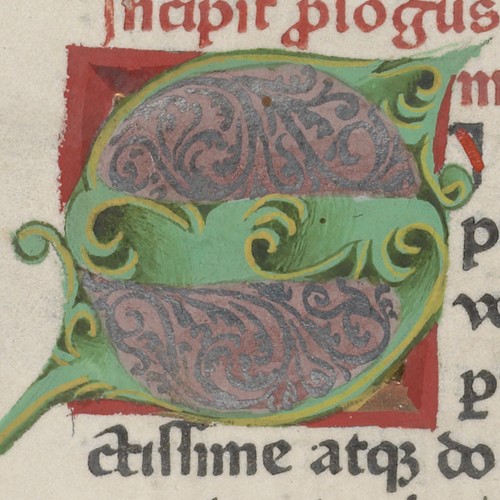 Image: Illuminated S from the 1462 Bible, vol. I, fo. 145v. See Library catalog record or a digitized copy for details.