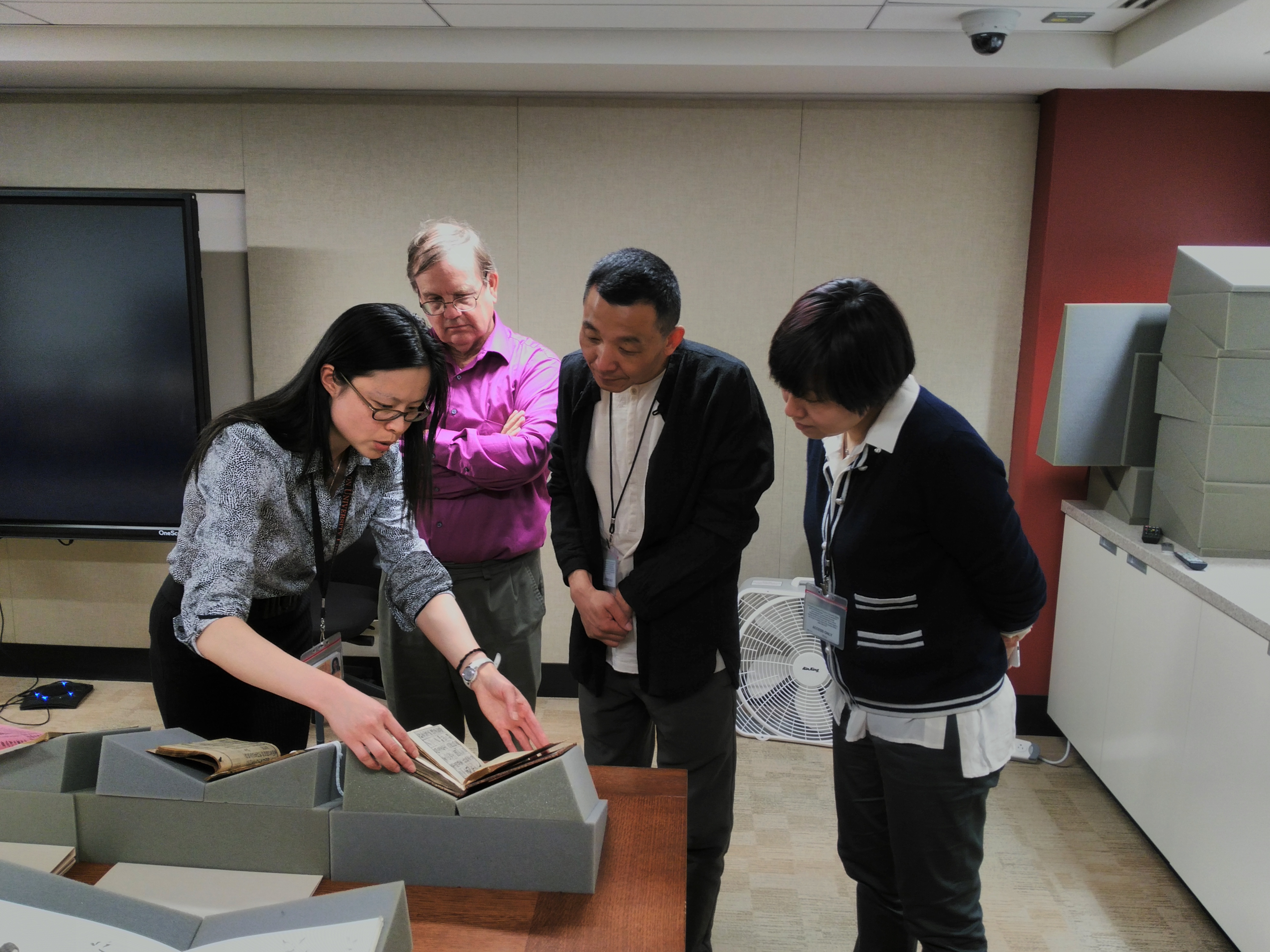 CADAL, led by and hosted at Zhejiang University Library, is a government-sponsored cooperative project of some 80+ Chinese and a small number of overseas academic libraries to create electronic resources for the use of their patrons. Princeton joined CADAL in 2016, giving its patrons access to CADAL's growing collection of 2.7 million scanned books. The East Asian Library has contributed about 170 titles to date of Chinese rare books to the CADAL platform, making those available to users within China. Princeton readers have full access to all CADAL resources.

During the past years, CADAL has been working on expanding its scope to include non-book material. In this regard, Princeton is collaborating with CADAL on a cutting-edge new project involving inscribed Chinese oracle bones. This project uses Reflectance Transformation Imaging (RTI) technology, which enables the end-user to decide upon the angle from which an object is lighted. This allows making all of the carvings on the oracle bones clearly visible. An online viewer developed by CADAL enables viewing RTI images directly in a browser and makes downloading of special software and images unnecessary. Each object is photographed from 40 angles, and stitched together using specialized software.

Princeton will become only the second library after Columbia University Library to use this technology to make Chinese oracle bones available online on CADAL’s platform. Roel Munoz, Library Digital Imaging Manager, and his colleagues in the Digital Imaging Studio, in cooperation with David Hart from PUL's Maintenance Department, hand-built their own RTI light-stand in order to digitize Princeton’s collection of oracle bones. It is hoped that RTI technology can also be used in the future to provide access to other relief based cultural heritage objects, such as cuneiform texts and coins. In a further act of collaboration, the four pieces held at the Princeton University Art Museum will be also be included in this project.

In addition to the East Asian Library and the Library’s Imaging Studio, the CADAL delegation also visited the Cotsen Children’s Library, where Minjie Chen, Metadata Librarian for Non-Roman Collections, showed them rare Chinese material from Cotsen's collection, perhaps setting the stage for further collaboration in the future.