On July 1, Korean Studies Librarian Hyoungbae Lee and his colleagues at the University of Chicago, University of Tokyo, and Yale University were awarded the Provost’s Global Faculty Award for their forthcoming colonial Korea bibliography project. Awarded by the Office of the Provost and administered by UChicago Global, the grant will help fund an in-demand, but often inaccessible segment of Korean literature research. 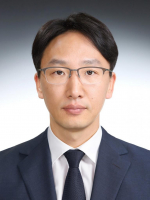 “My colleagues and I were talking about a big set of reprinted Korean journals from the early 1900s and realized those sources are very important for researchers,” Lee explained. The publications covered a breadth of topics, including literature, the sciences, history, and even a handful about politics and hobbies.

The project plans to create bibliographic and holding information for the journals of Colonial Period Korea (1910-1945), which are currently held in libraries in the United States, South Korea, Japan, and China.

“Since these publications come from South Korea they need romanization for researchers to be able to search for and access them online,” Lee said. “Even if they were online, patrons wouldn’t know where to find them,” Lee added, noting that some of the items have generic titles like “Literature.”

Though it's an immense undertaking, Lee’s background is acutely suited to helping organizations ingest Korean language material. He developed software that transliterates Korean script to romanized characters according to library standards. “The Library of Congress has more than 70 rulebooks governing romanization standards, but the Korean language has the most complicated one,” Lee said.

Lee sports a similar knack for acquiring Korean e-resources. Based on his conversations with faculty and students, Lee learned that access to South Korean e-books and audiobooks are in demand.. “Unlike online journal holdings, South Korea’s e-book catalogs are not easily accessible internationally,” Lee said. So, working with Electronic Resources Librarian Joe Marciniak, Lee negotiated an agreement with two South Korean book vendors to provide access to PUL users through the Kyobo and Bookrail e-book libraries.

This experience should help the bibliography project stay on target to wrap up over the next year. By December 2021, Lee hopes the team will be able to start cross checking the information gathered over the summer, with an eye on a research trip to the holding libraries next spring.

“None of this would be possible without my colleagues: Jee-Young Park, the Korean Studies Librarian at The University of Chicago and Dr. Jude Yang, librarian for Korean Studies and East Asian Library public service librarian at Yale University,” Lee said. “Jee-Young Park brought up the idea to the team and initiated the project. Dr. Jude Yang has been instrumental as well. We successfully worked together for several projects in the past and I am certain that our teamwork will continue to produce solid results.”

Ideally, this project won’t end in a silo – Lee and the team fully expect their work to be openly accessible. “The pandemic made us realize access can be a huge problem,” Lee said. “We don’t intend to limit this information to specific communities.”