Every school year more than 500 student staff are employed across each of Princeton University Library’s (PUL) nine branches. The work, which ranges from administrative support to collection development, often provides students a springboard for future education and careers.

This is an interview with Ethan Glattfelder, a Class of 2021 graduate and former staff member at East Asian Library, whose Library experience influenced his decision to pursue a master’s degree in library information science. 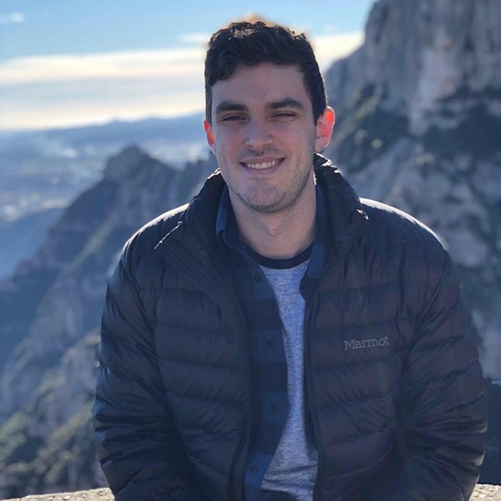 Tell us about your major and time at Princeton University.

I majored in the Department of French and Italian at Princeton, where I focused primarily on medieval French literature and its relationship with modern and contemporary literary theories. I actually found that working in a library made me more adept at using in-person and online tools for finding materials, which in turn made me a much better researcher and student. Outside of class and EAL, I was actively involved in classical music on campus and in various undergraduate service initiatives, serving as a Sexual Harassment Assault/Advising Resources and Education (SHARE) peer and student volunteer in the Pace Center.

What program are you currently enrolled in?

I am an incoming graduate student in the Master of Library and Information Science (MLIS) program at the University of North Carolina – Chapel Hill. I plan to focus on academic libraries and digital humanities during my degree.

I’ve also accepted a position as Classics librarian at UNC’s Ullman Library, a small academic research library that supports the graduate students and faculty of the UNC Classics department. In this role I’ll help the department preserve and maintain its extensive collection of materials – most of which are in Greek, Latin, German, and French – relating to the ancient world.

How does your PUL experience support your current position?

My library experiences began in the East Asian Library at Princeton, where I gained initial exposure to what it’s like to work in and supervise an academic library. In many ways, the East Asian Library and the Ullman Library are very similar in terms of the populations they serve and the linguistic variety of their collections. While at EAL, I was able to learn a lot of the ins and outs of how librarians facilitate academic research and how we maintain and grow our collections, and I expect to draw on this knowledge in my next job.

What led to your interest in library science?

I accepted my first job at EAL thinking it would be a good way of earning some extra money and adding a line to my resumé. Unexpectedly, however, I found that I really loved the work. I enjoy doing academic research of my own, and so I really valued the opportunity to use my research skills to help others achieve their goals and complete their projects. I also have a strong attention to detail and a broad background in service, both of which made me a good fit for a career in libraries.

There are many libraries at Princeton and many student library jobs. What sets EAL apart is its small, close-knit community. Whereas other libraries serve a broader segment of the campus population, EAL fosters a close and collegial environment among the smaller group of students, faculty, and staff who work there. As a result, I was able to get to know the people who work there and research there, which allowed me to feel like part of the team and to take pride in my work. I’m lucky to have had really strong relationships with both of my supervisors at EAL, both of whom played a key role in my pursuing my MLIS degree and my securing my current supervisory position.