Novelist John Grisham "appeared at the scene of the crime!"--an event sponsored by the Friends of the Princeton University Library

A packed Richardson Auditorium greeted best-selling author John Grisham on Wednesday, October 25, during his visit to the University campus, where he conversed with moderator Maria DiBattista (Charles Barnwell Straut Class of 1923 Professor of English) about his books and the art of writing. 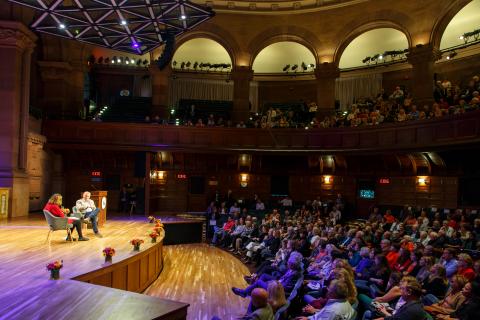 The title of the event, “Appearing at the scene of the crime, John Grisham visits Princeton,” references his recent popular novel Camino Island. The fictional story opens with the theft of invaluable F. Scott Fitzgerald papers from Princeton University’s Firestone Library. Grisham explained to the audience that his inaccuracies were intentional and that he purposefully avoided campus and Firestone Library while writing the novel. “What could I have done?” he joked. “Walk in and say, ‘I want to see the manuscripts because I’m writing a book about somebody stealing them?’”

Anne E. Jarvis, Robert H. Taylor 1930 University Librarian, invited Grisham to speak on campus shortly after Camino Island was published. “I thought that was pretty classy,” Grisham commented. “You folks have a sense of humor.”

P. Randolph (Randy) Hill ’72, chair of the Friends of the Princeton University Library and organizer of the event, opened the talk by introducing Jarvis. She quickly demonstrated her sense of humor by sharing a moment when she wondered if Meryl Streep might be too busy to play her in the film version. 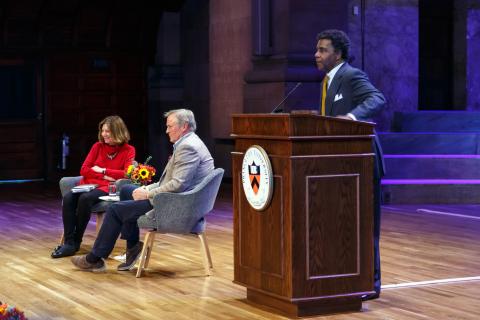 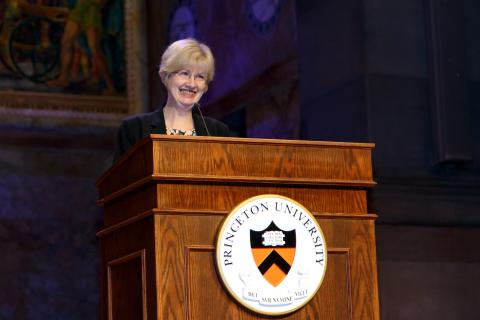 Grisham’s inspiration for the novel surged from an NPR report, he and his wife heard, about rare manuscript thefts from libraries. He chose Fitzgerald after conducting research on the Library’s website and finding that five of his novel manuscripts (This Side of Paradise (1920), The Beautiful and Damned (1922), The Great Gatsby (1925), Tender is the Night (1934), and The Last Tycoon--left incomplete when Fitzgerald died in 1940; published posthumously in 1941) were housed in one location at Firestone Library.

During his visit, Grisham received a tour of Firestone and experienced the manuscripts firsthand, noting minute details like how Fitzgerald utilized cheap paper and a Number 2 pencil. He expressed his amazement with the rare collections, saying, “It was very moving because the papers are 100 years old, and you can see how Fitzgerald revised and revised and crossed out whole pages of his work.” 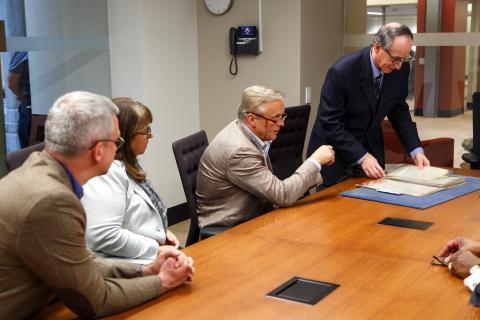 The F. Scott Fitzgerald manuscripts were a gift from Fitzgerald’s daughter, Scottie Fitzgerald Lanahan, in 1950 and remain one of the Library’s most treasured collections.

To view a video of the event, vist FPUL Grisham event video.

For more photos of the event, visit the FPUL’s photo gallery.