Over the past year, Princeton University Library has acquired a collection of 480 posters from the Stagnation and Perestroika eras of the last decades of the Soviet Union. In recent years, the late-Soviet period has moved towards the center of the chronological scope of a range of research and teaching enterprises. This is true locally at the University and in Slavic, East European, and Eurasian Studies fields more broadly and is observed across different branches of history, politics, sociology, and anthropology, as well as in the humanities. An increasing number of projects in these evolving disciplines are taking aim at the slow decline and ultimate dissolution of the Soviet order through the roughly two-and-a-half decades of the so-called Stagnation, beginning under Brezhnev, and the Perestroika reforms and the final collapse of the Soviet Union under Gorbachev.

This collection documents poster art of this period as used in advertising for performances and films and in a variety of Party-sponsored campaigns: commemoration of historically important Soviet dates and events, marking progress on five-year plans, celebration of Soviet Olympic teams, and the Soviet space program. The collection is an illuminating complement to Princeton's expanding special collections of documents of early-Soviet visual culture, which include the Cotsen Children Library's collection of early Soviet children's books (being progressively digitized for access through Princeton’s digital library — DPUL), and many other recent acquisitions related to graphic arts in the Soviet Union in the first half of the twentieth century.

These Stagnation and Perestroika-era posters demonstrate an intriguing modification and redeployment of early-Soviet iconographies, graphic techniques, and strategies through two different phases of the late-Soviet period. The first is the Brezhnev years, when the critical self-examination of the Soviet system initiated under Khrushchev was largely reversed. The second — Gorbachev’s Perestroika, when an official program of open criticism of Soviet government and society led ultimately to the Soviet Union’s collapse.

Princeton University Library has become an important center for the collection and study of Russian visual culture. Rapidly expanding collections of rare documents and artifacts related to painting, sculpture, photography, and graphic arts in pre-Soviet and Soviet Russia are distributed across PUL’s special collections repositories in Firestone Library and Marquand Art Library. The Library partners with a number of academic divisions and programs to present a biannual symposium series focused on Russian artifacts combining visual and verbal media. The first two symposia – in 2015 and 2017 – were devoted to the visual languages of early-Soviet children’s books in the Cotsen Children’s Library collections. 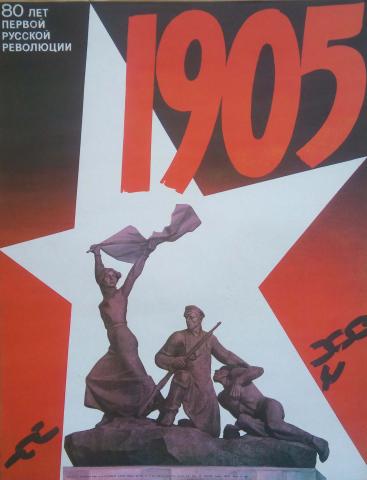 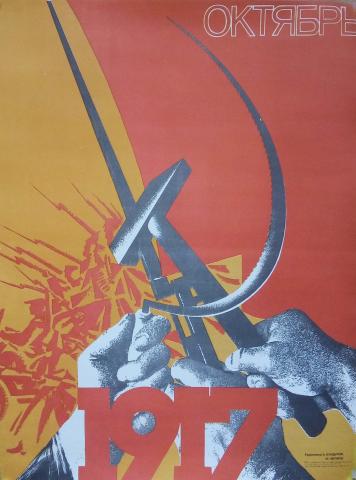 The 80th Anniversary of the First Russian Revolution      October 1917 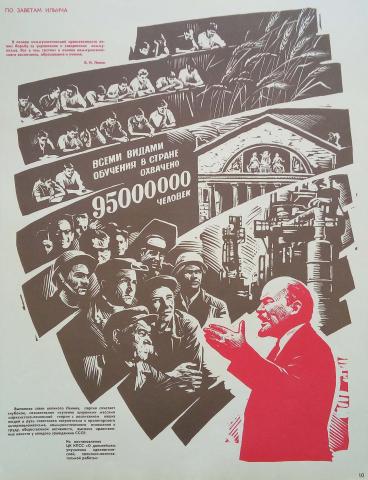 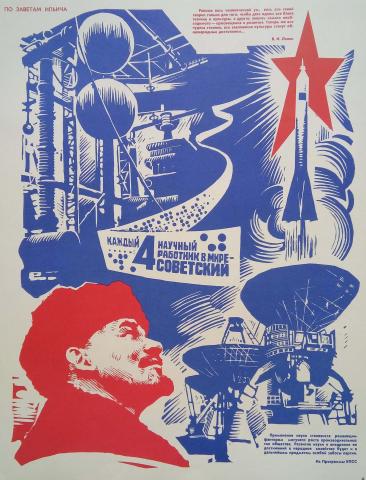