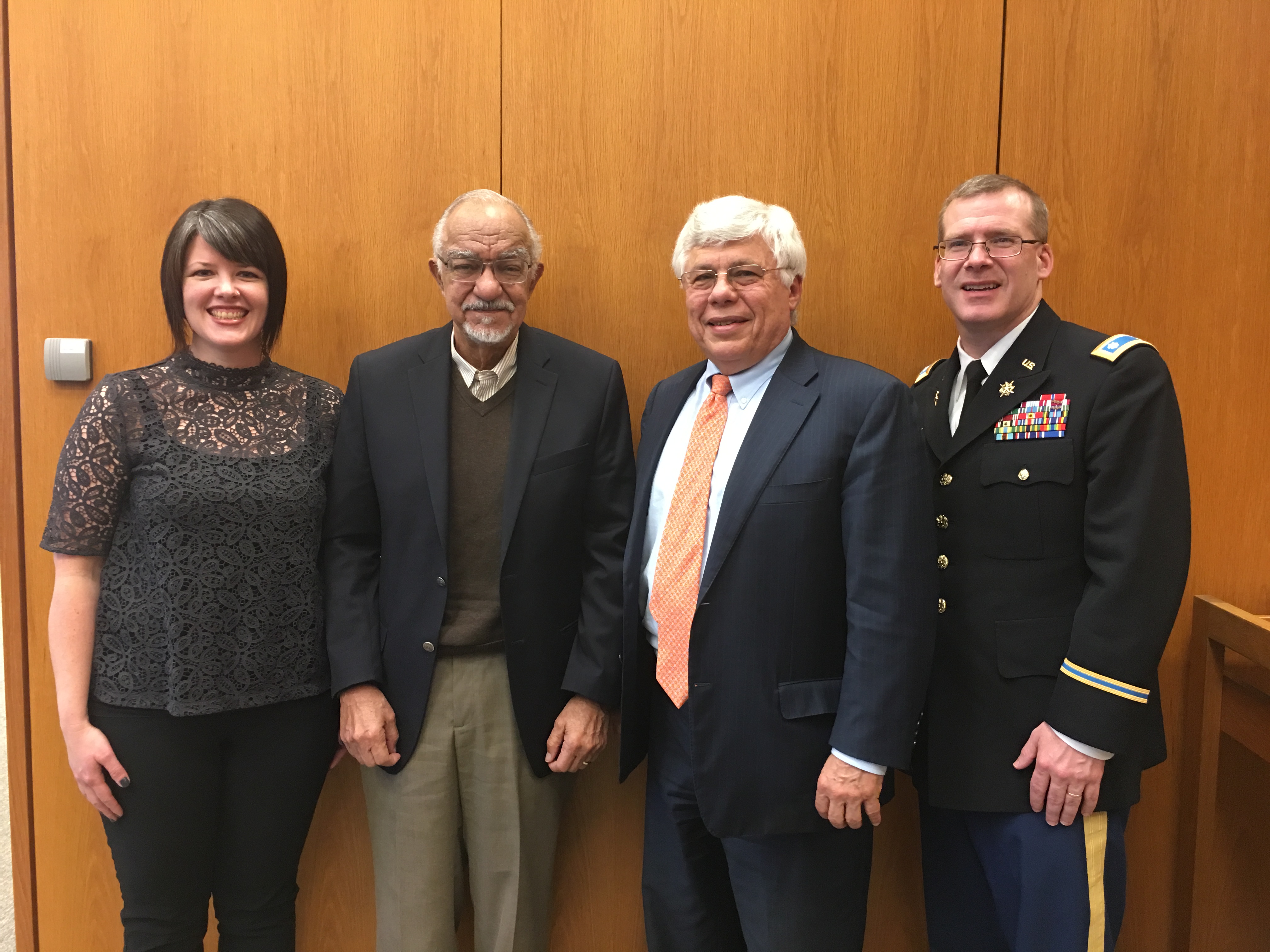 “The impact of war on campus has a lot to do with how directly it affects the campus community and how much the campus community either supports or cares about the objectives of the war,” posited Princeton University Vice President and Secretary Robert Durkee at a panel on Wednesday, February 28 at Seeley G. Mudd Manuscript Library’s Harlan Room.

Also included in the panel were Dr. Robert Rivers, the first African American member elected to the University’s Board of Trustees and Lieutenant Colonel Kevin McKiernan, the Director of the Army Officer Education Program. The esteemed panelists offered first-hand insight into the impact of war on education and college campuses, specifically Princeton, as part of Mudd Library’s current exhibition, “Learning to Fight, Fighting to Learn: Education in Times of War.”

Assistant University Archivist for Public Services and exhibition curator Sara Logue moderated the panel discussion and first introduced Rivers, who grew up in Princeton in the World War II era. Rivers described when in 1945, the Navy’s V-12 program first introduced African American students to the University community, which provoked “a lot of questions among the [University] alumni, but there was a lot of joy . . . and it was a major, major thing for young black folks in town. They were heroes.”

Rivers later became one of three African American students accepted into the Princeton Class of 1953, and as an undergraduate, he experienced the impact of the Korean War. He recounted when students took an exam that determined whether they would be drafted. “If you scored above it, you stayed in school,” he explained. “If you didn’t get above it, you’re off to war. I passed it by one point.”

Similarly, Durkee, Class of 1969 and former editor-in-chief of the Daily Princetonian, related how deeply the Vietnam War affected him and others. He explained that although he once saw himself pursuing a career in journalism, the draft led him to a different field. “I realized that no one my age,” he said, “could have a career as a journalist because I would be drafted.”

The draft, in fact, caused significant concerns in the campus community. With draft deferments for graduate students abolished, the community predicted over 30 percent of the graduate students would be drafted. “As early as February 5, graduate students announced they were forming a Princeton Graduate Draft Union to provide information on alternatives to the draft,” he said. As the community was considerably concerned with the reasons for the war and not prepared to be drafted, “The first meeting of that organization attracted 350 students.”

Eventually, the students, wanting to do more than protest, started the Movement for a New Congress, an organization that encouraged students to engage in politics. Consequently, the University created fall break, which gave students the opportunity to participate in politics leading up to federal elections. The Council of the Princeton University Community (CPUC) was also created during this time.

Rivers, who served the University’s Board of Trustees during this period, mentioned that the Class of 1970 did not wear regalia to Commencement in protest.

However, Lt. Colonel McKiernan, who entered the Army in 1994 and has served in many areas overseas, saw little to no impact of the Gulf War at his alma mater. “It didn’t really resonate on the campus I was a part of,” he said.

“In the 1960s and 1970s, most college graduates expected to engage in some form of military service. That is no longer an expectation,” he explained. Last year, only four students from the University entered the military, and this year, only six will.

He added that the University still has “a lot of connections to the military…that we don’t always realize. Students feel isolated from the military to connect. History is a way to connect.”

Logue explained that the exhibition’s goals are to show how differently various wars have impacted the campus community and how today, students feel less of an impact than they did in Rivers’ or Durkee’s eras. The University Archives, she said, reflect that.

Mudd Library’s exhibition, "Learning to Fight, Fighting to Learn: Education in Times of War" will remain open through Reunions in June 2018. For more information about the exhibition, visit Mudd Library’s website.