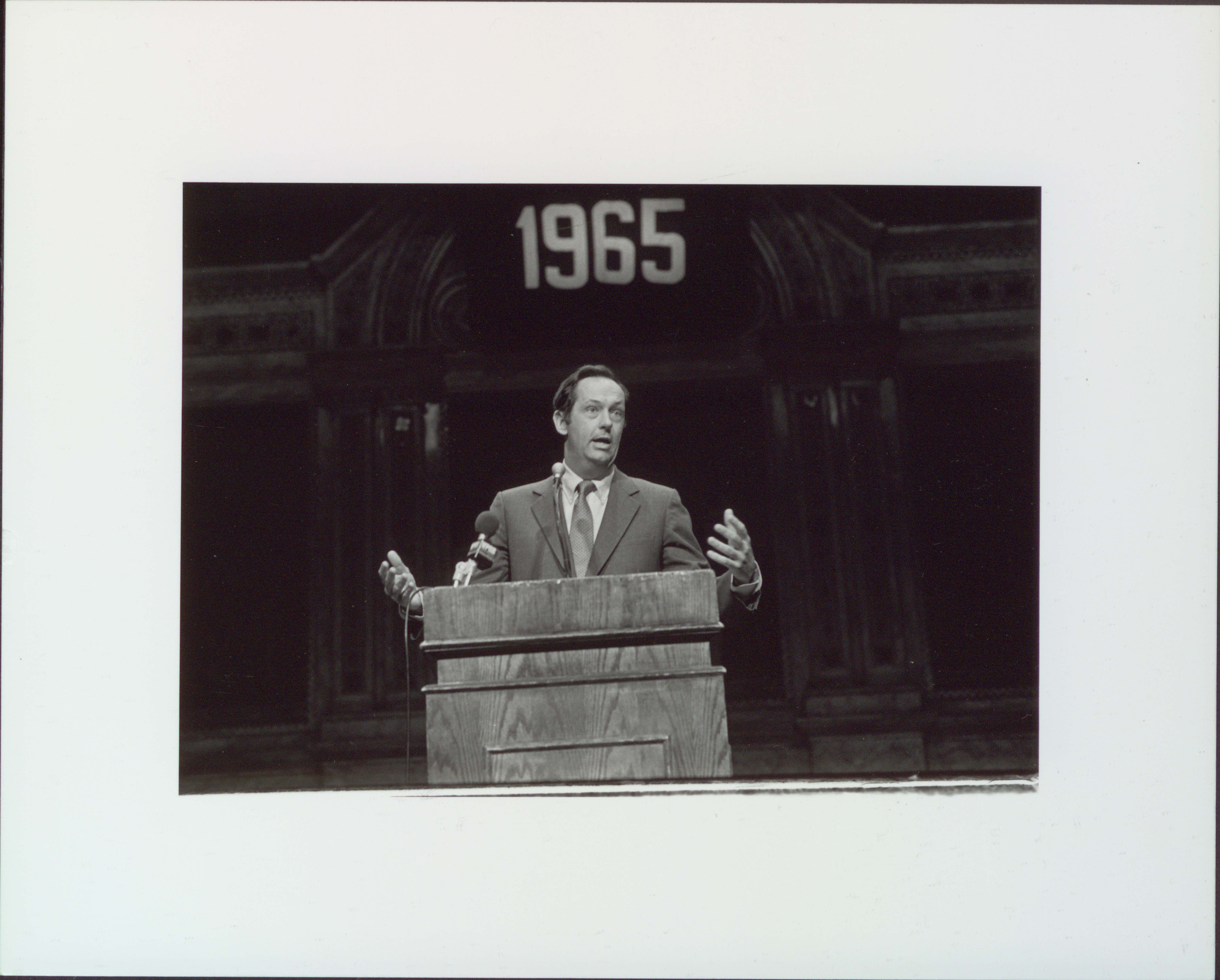 Bill Bradley, a 1965 Princeton alumnus, speaks at the University in this undated photo. (Photo by John W.H. Simpson)

Princeton University Library has acquired the Bill Bradley Papers, an extensive collection of documents and records chronicling Bradley's career as a former United States Senator, professional basketball player for the New York Knicks, and undergraduate student of the Class of 1965 at the University.

With over 1,000 boxes of materials, the papers most extensively document Bradley's time in the U.S. Senate. From 1979 to 1997, Bradley represented New Jersey in Congress, championing the 1986 income tax reform. Included in the papers are his writings and correspondence, copies of his speeches and testimony, press releases, schedules and appointments, photographs, and awards he received while in office. The papers also include files from members of his legislative, administrative, and state office staff, as well as records from Bradley's presidential bid in the 2000 election.

University Archivist and Curator of Public Policy Papers Dan Linke said, "Senator Bradley's papers are a rich source of information for his work on the 1986 income tax revision, as well as water rights in California, and a range of issues for which his colleagues regarded him as an expert, including energy, the environment, and Soviet affairs, all topics which continue to resonate with us today." Linke also noted the papers are a "great source for New Jersey history," as the Senator focused as much attention on state issues as national ones.

Before political office, Bradley played professional basketball with the New York Knicks for over 10 years. He became a two-time National Basketball Association (NBA) champion and a NBA all-star. In 1982, he was inducted into the Basketball Hall of Fame. 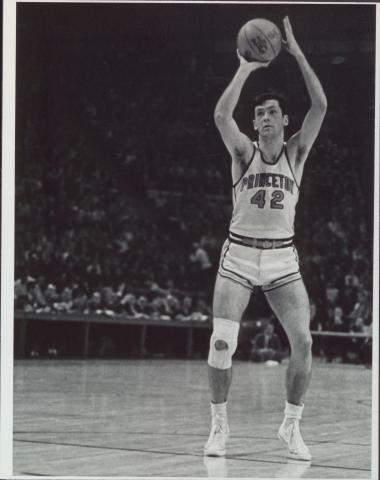 Before his successful political career, Bill Bradley starred as a basketball player for Princeton University and the New York Knicks. He is shown as a Princeton player in this undated photo. (Photo by Robert P. Matthews)

At Princeton, Bradley earned a Bachelor of Arts in American history. As a senior in the 1964-1965 season, he was captain of the men's basketball team. Under Bradley's leadership, the Tigers held a 23-6 record, winning the Ivy League title and playing in the NCAA tournament. Bradley also won a gold medal as a member of the 1964 U.S. Olympic basketball team.


But Bradley contributed much more to Princeton than his talent on the court. In "A Sense of Where You Are," a New Yorker profile (and later, book) by 1953 Princeton alumnus and Ferris Professor of Journalism John McPhee, McPhee writes, "...he is the sort of boy who, given a little more time, would have been in the forefront of undergraduate political life; as it is, he has been a considerable asset to Princeton quite apart from his feats in the gymnasium, through his work for various campus organizations."

As part of Princeton University Library's Department of Special Collections, Bradley's papers are housed in the Seeley G. Mudd Manuscript Library. Home to the 20th Century Public Policy Papers, Mudd Library houses invaluable collections of materials from people and organizations who have played significant roles in 20th century American history, including the papers of James A. Baker III, Class of 1952, and Paul Volcker, Class of 1949, both political contemporaries of Bradley.

For more information on the Bill Bradley Papers, visit Library Finding Aids. The collection will open for research use in December 2032.