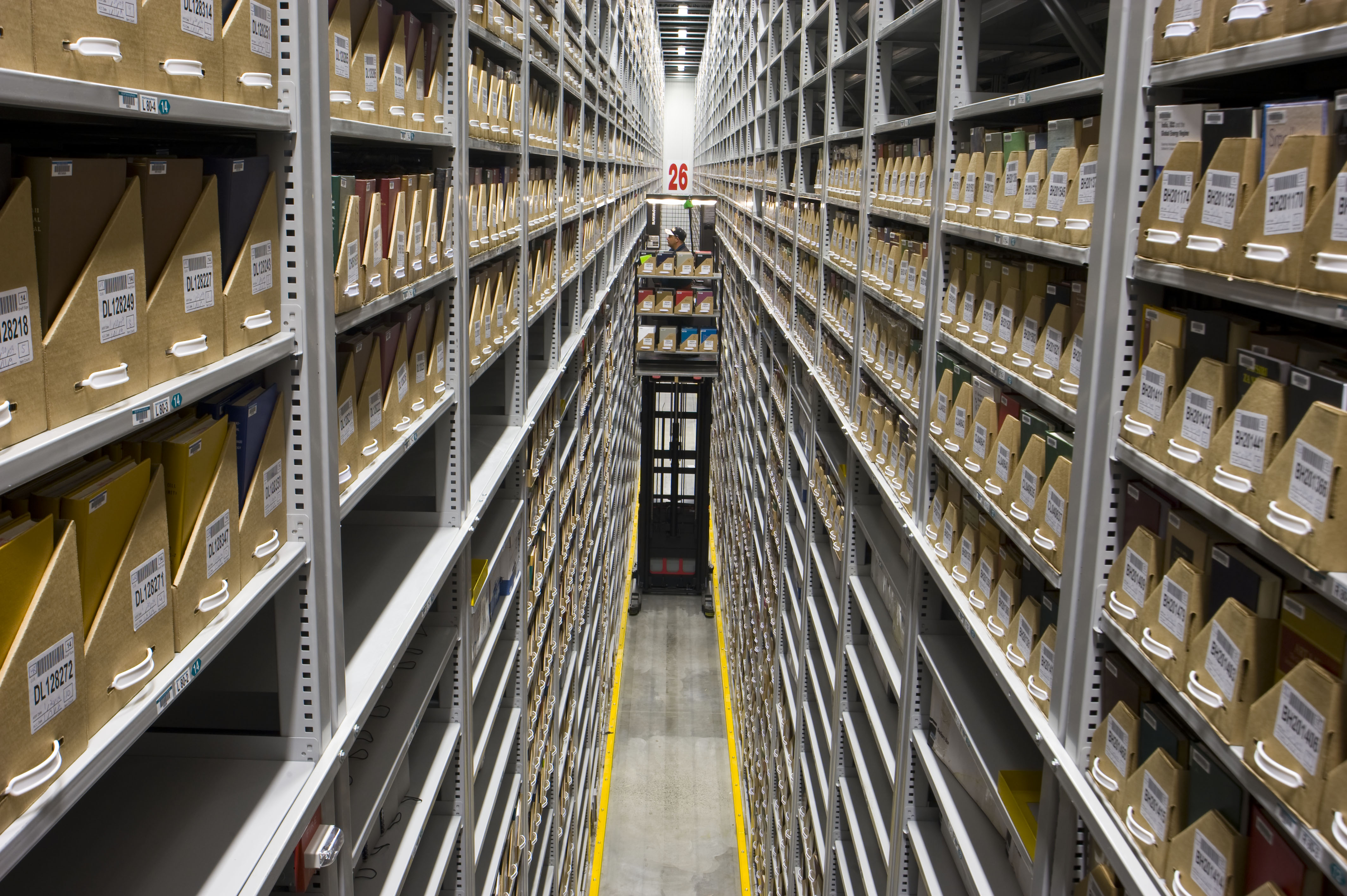 To provide a sense of ReCAP’s significant milestone: if each item at ReCAP were an average of one inch think and stood on a single long shelf, the items together would stretch from Princeton University in Princeton, New Jersey to Harvard University in Cambridge, Massachusetts.

Executive Director Ian Bogus said, “These collections comprise a significant portion of the printed record held nationally and the conditions at ReCAP will preserve them for researchers far into the future. Over 80% of the items stored here are now seamlessly available to users at Princeton, Columbia, and New York Public Library.”

In September, the consortium members launched a Shared Collection Service, expanding PUL’s catalog by 5 million records. The service allows Princeton’s patrons to search the Library catalog and seamlessly discover and request items from Columbia and NYPL’s ReCAP holdings in addition to Princeton’s own holdings. This program is the first of its kind and scale.

Sharing resources is one of the many ways in which academic libraries are transforming to meet the research needs of today’s scholars. As a member of the Ivy Plus Libraries, Princeton has been central to discussions as to how to “collectively collect” with its peer institutions. These strategies, which require concerted communications between institutional subject experts, allow for the reduction of redundancies, cost savings, and a greater expansion of the richness and uniqueness of collections.