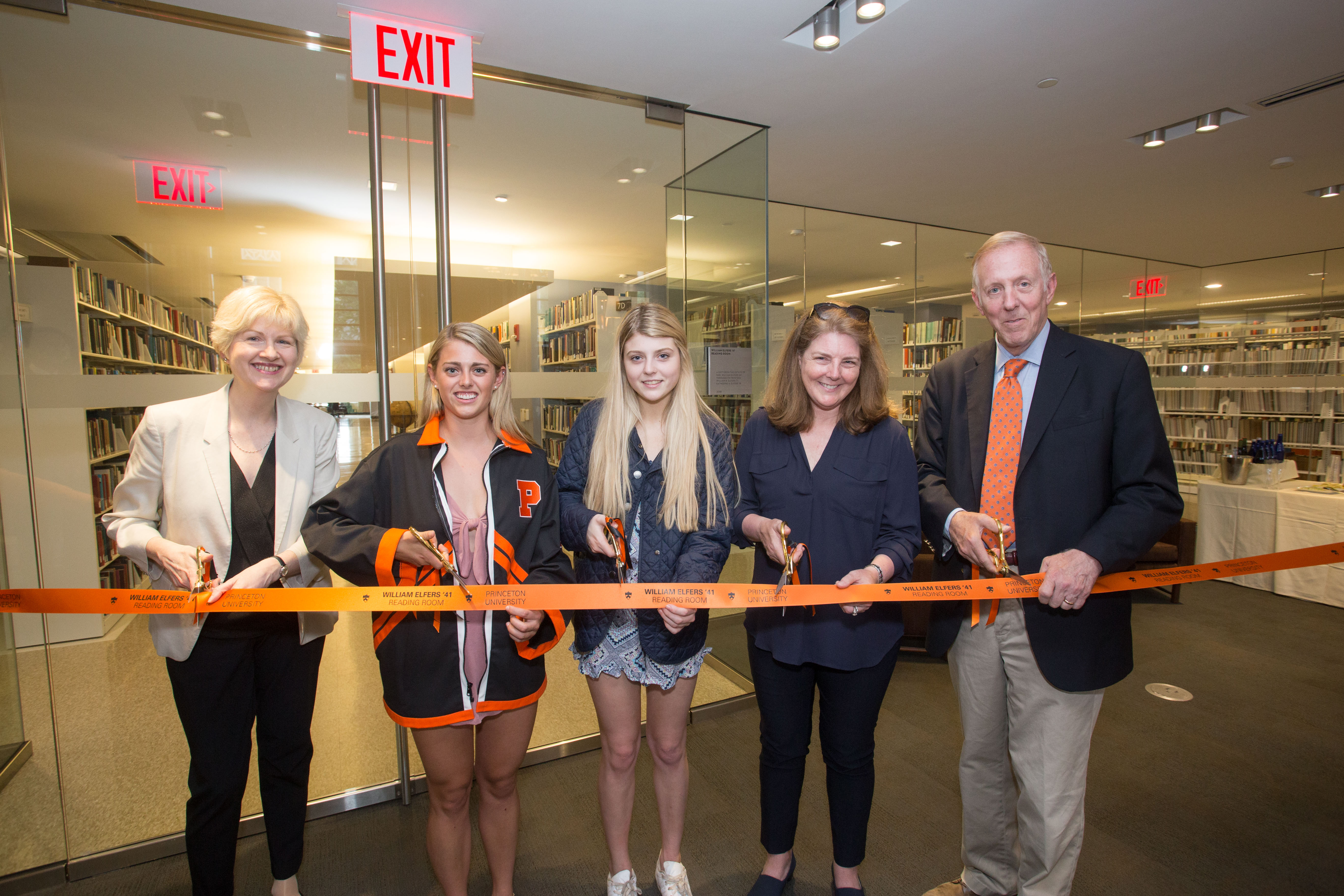 The Firestone Library third floor reading room now honors the contributions of Princeton alumnus William Elfers, who established the Herman Elfers Collection of Ralph Waldo Emerson at Princeton University Library. A graduate of the Princeton Class of 1941, Elfers donated more than 75 rare books and manuscripts by and about renowned writer, Ralph Waldo Emerson, to PUL’s Department of Special Collections.

Named in honor of Elfers’ father, Herman, the collection began with his earliest gift in 1955 and most notably contains first edition copies of all of Emerson’s published essays. Additionally, it includes the original copy of “Wealth,” an essay initially published in Emerson’s 1860 book, The Conduct of Life.

A dedicated volunteer at the University, Elfers supported many Princeton activities, including securing significant funding for the Department of Molecular Biology as director of the Sherman Fairchild Foundation.

Following his undergraduate career as a history major at Princeton, Elfers earned his MBA at Harvard University, and in 1965, he founded his own leading venture capitalist firm, Greylock Partners. Harvard Business School awarded him the Alumni Achievement Award in 2003.

Outside of Princeton, Elfers dedicated his time to the Hotchkiss School in Lakeville, Connecticut, where he served as a trustee and treasurer. In 1979, the Hotchkiss School named him Alumni of the Year. Elfers also served as the trustee of the Museum of Fine Arts and of Northeastern University, both in Boston, Massachusetts. In 1989, Northeastern awarded him an honorary degree.