Princeton University Library has acquired a rare near-complete run of the early Soviet illustrated weekly Krasnaia niva, published from 1923 to 1931.

Krasnaia niva (“Red Field”) published poetry and short prose works by contemporary literary figures, alongside pieces and images related to the young state’s broader political, artistic and cultural spheres. With a circulation of 110,000 copies, Krasnaia niva was aimed at a mass audience living through the unsettling sense of mid-air suspension of the nascent post-Revolutionary political, social and cultural reality. In its issues selective representations of these seemingly contingent and precarious contemporary realities were inscribed into a wider teleological historiography — one in which the new Soviet state emerged as a historical inevitability.

A preoccupation with historical accommodation of the Bolshevik Revolution and the new reality it had engendered is manifest in the numerous texts and images representing crucial junctures in the flow of history toward the Soviet civilization, such as the Decembrist uprising of 1825, the Paris Commune of 1871, and the Russian Revolution of 1905.

Specific cardinal figures from Russia’s literary legacy are presented as proto-Socialist writers: Alexander Pushkin, a friend of the Decembrists whose own life and work were victims of Imperial Russian autocracy; Lev Tolstoy whose populist thought and literary works criticized the idle wealthy; and Anton Chekhov, the son of an emancipated serf whose works frequently foregrounded inequities in the division of labor and privilege in late nineteenth-century Russia.

The journal’s ethos of historical continuity registers in its own aesthetic sensibilities as well. Unlike its more avant-garde contemporaries, which promoted the total abrogation of established artistic conventions and forms, Krasnaia niva preponderantly features reproductions of artworks in the realist tradition, and in this way demonstrates what the editors believed their mass readership’s tastes were or should be.

The first decade and a half of the Soviet era is famous for an intensely prolific aesthetic instability. In the immediate post-Revolutionary years, when the new society’s artistic culture had not yet gelled, figures from early-twentieth century Russia’s sphere of avant-garde art and literature vied with proponents of more “legible” realist literary and artistic conventions to determine a new artistic and literary culture for the new Soviet civilization. This vigorous contest — richly documented in the artistic theory and practice of the period — continued until the aggressive homogenization of the arts with the institution of the socialist realism mandate in the early 1930s. Krasnaia niva in a sense anticipates the later Soviet aesthetics, when the most compelling achievements of the avant garde would be coopted for use in propaganda campaigns and elsewhere in the applied graphic arts (poster art, layout and design of print publications), but excluded from the fine art sphere, which would be the domain of socialist realism — an aesthetic program combining the conventions of realist painting and sculpture with Soviet allegory and symbolism. Constructivist, suprematist and cubo-futurist elements show up in Krasnaia niva’s cover art and in its own layout and graphic design elements, but the visual art featured in its articles is almost invariably in the realist tradition. 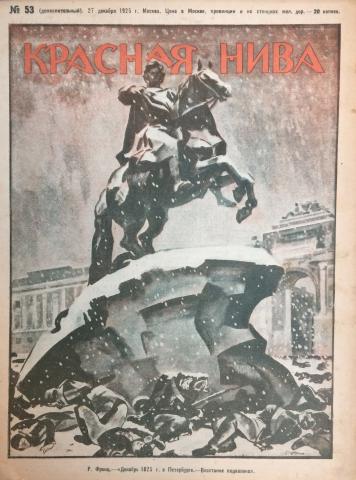 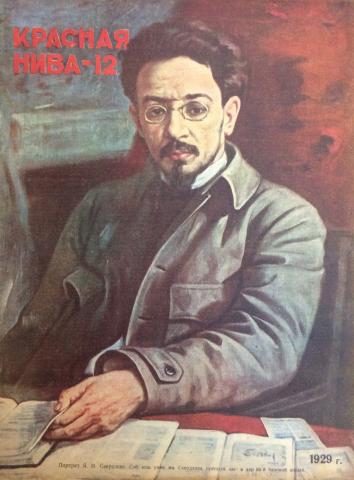 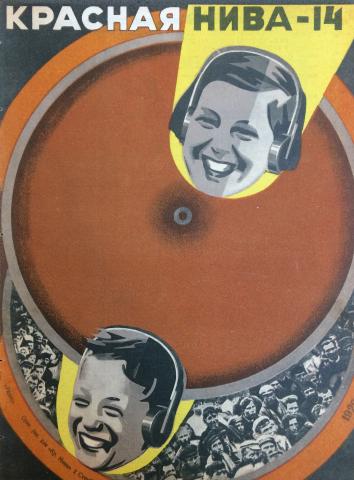 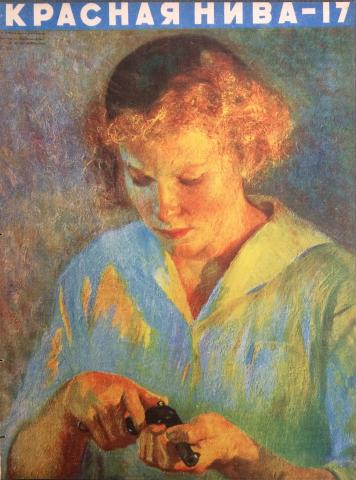 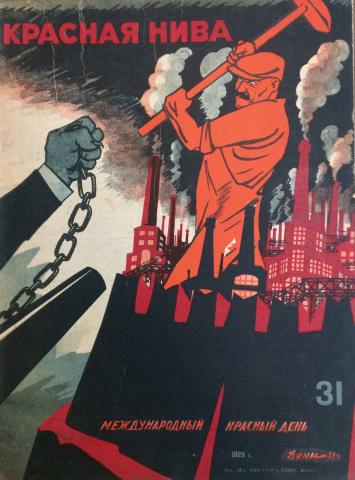 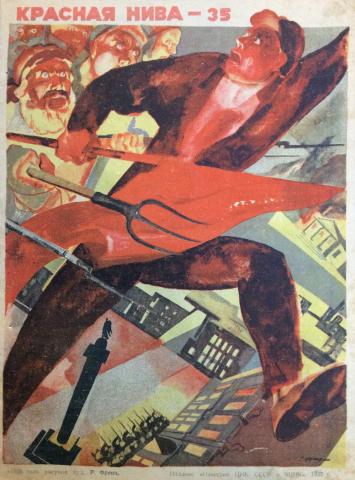