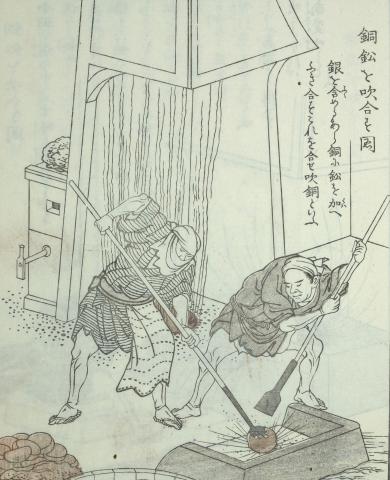 This series highlights collections included in the inaugural exhibition, "Welcome Additions: Selected Acquisitions 2012-2018," now open through June 23 (daily, noon to 6 p.m.) in the Ellen and Leonard Milberg Gallery. To follow is a note from Martin Heijdra, Director of the East Asian Library:

The nucleus of the East Asian Library goes back to the Gest Chinese Research Library, which opened in 1926 at McGill University and moved to Princeton in 1936. Originally consisting mainly of Chinese rare books, its growth into one of the premier research collections in the West dates from when East Asian subjects were included in the curriculum in the 1950s (Chinese), early 1960s (Japanese), and the 2000s (Korean).

Because of its Chinese rare book collection, Princeton has long been a center of studies on the history of the East Asian book. Among other projects, it published until 2010 The Gest Library Journal, later called The East Asian Library Journal; more recently, updated catalogs were published of its Korean and pre-1796 Chinese holdings.

Current rare book acquisitions primarily take place in the Japanese field, in close cooperation with faculty research. Several works were thus acquired for a project on Japanese mining and money, such as the Kodō zuroku scroll shown to the right. When combined with the equally expanding holdings in the Marquand Art Library, Princeton has now also become one of the largest Japanese rare book library collections in the country.

New faculty interests frequently result in new discoveries among what the library already holds in Chinese and Korean materials, as shown by some of the items in this exhibition. For example, a seminar on Confucian divination practices found some hitherto overlooked Ming manuscript manuals. Forbidden for centuries, it is one of only a handful of such works surviving world-wide.