Inside the Milberg Gallery: Johann Neumeister, a wandering printer

A striking feature of the earliest years of printing in Europe is the long-distance movement not just of books but also of typographic materials and paper, and of people. The first printers in Subiaco (1465), Conrad Sweynheym and Arnold Pannartz, almost certainly migrated there from Mainz, in the wake of Mainz’s 1461-1463 “Cathedral War," which decimated the city. The same is true of the first printer in Cologne, Ulrich Zel (1466). The name of Johann Neumeister, native of Mainz, comes to light in the first book printed in Foligno, De bello Italico adversus Gothos, 1470, and it is often presumed that he too was an emigré from the early Mainz printing shops, traveling first to Rome, and then to Foligno. Neumeister’s third and last Foligno production is especially notable: the first edition of Dante’s Divine Comedy, completed 11 April 1472. Legal documents indicate that Neumeister departed Foligno under a cloud of debt to his original partner there, the local magnate Emiliano Orfini, and that he was arrested in Rome, where, in 1473, a second Foligno investor entangled in his financial affairs traveled to try to rescue him. 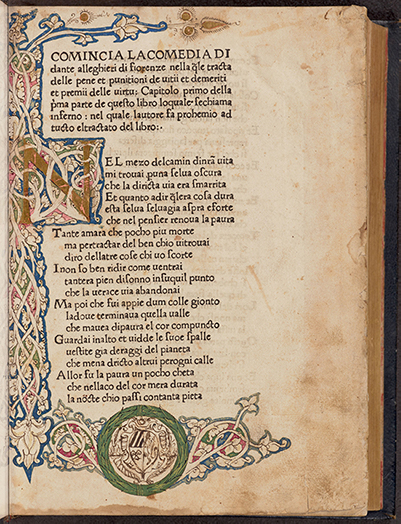 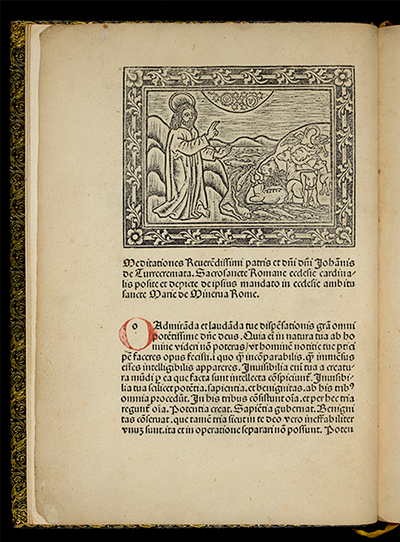 Neumeister then disappears from sight until 1479, when he is found in Mainz, printing a handsome new edition of the Meditationes of Johannes de Turrecremata (the first book printed in Rome, 1466), illustrated with metalcuts derived from the original Rome woodcuts, and using a large square gothic type that shows striking resemblances to the Gutenberg Bible type. The following year he printed an equally handsome and very rare liturgical book, the Agenda Moguntinensis, with metalcuts including the coat of arms of the archbishop, Diether von Isenburg, and a depiction of the city’s patron saint, Martin. The Agenda further displays several two-color metalplate initials with printed filigree accompaniment, in the technique of the printed initials of the 1457 and 1459 Psalters.

But Neumeister did not continue long in Mainz, and we may suspect that unpaid debts played a role in his decamping to the brighter skies of the Languedoc. In Albi, in 1481, he again printed an edition of Turrecremata’s Meditationes, using a new type but illustrated with the Mainz metalcuts that he had brought with him. The Scheide Library owns one of four surviving copies of this edition.  While in Albi, Neumeister also printed, presumably under the aegis of the noble bishop Louis d’Amboise, a Breviary and a Missal. The Scheide copy of the latter, printed on vellum, is one of three surviving. 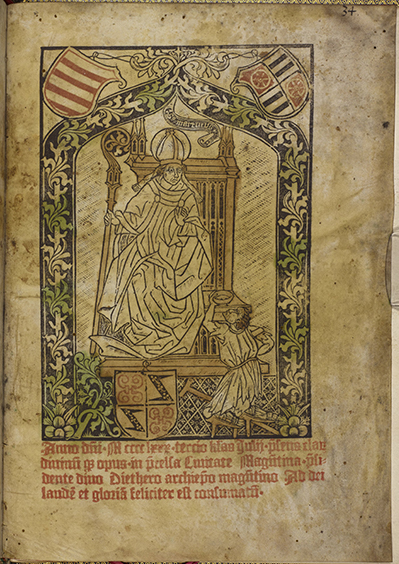 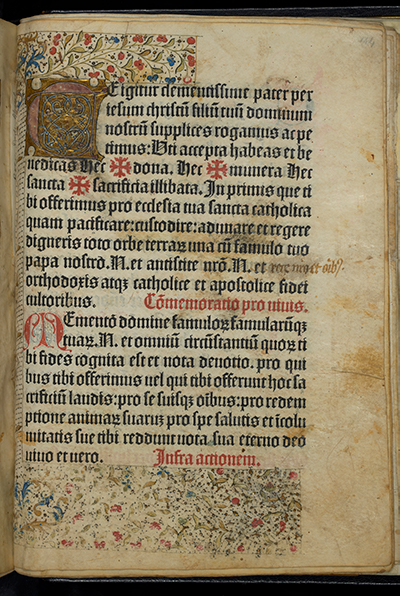 The following year Neumeister moved again, northeast to the flourishing printing town of Lyon. Tax registers show him resident there as early as 1483. He issued a number of substantial books in Lyons, including a Lyons Missal, a Breviary of the use of Vienne-en-Dauphiné, and a Psalter. But by 1488 Lyon tax records show Neumeister again in debt, and his final appearances in the records, going into the early 16th century, identify him uniformly as “pauper.”