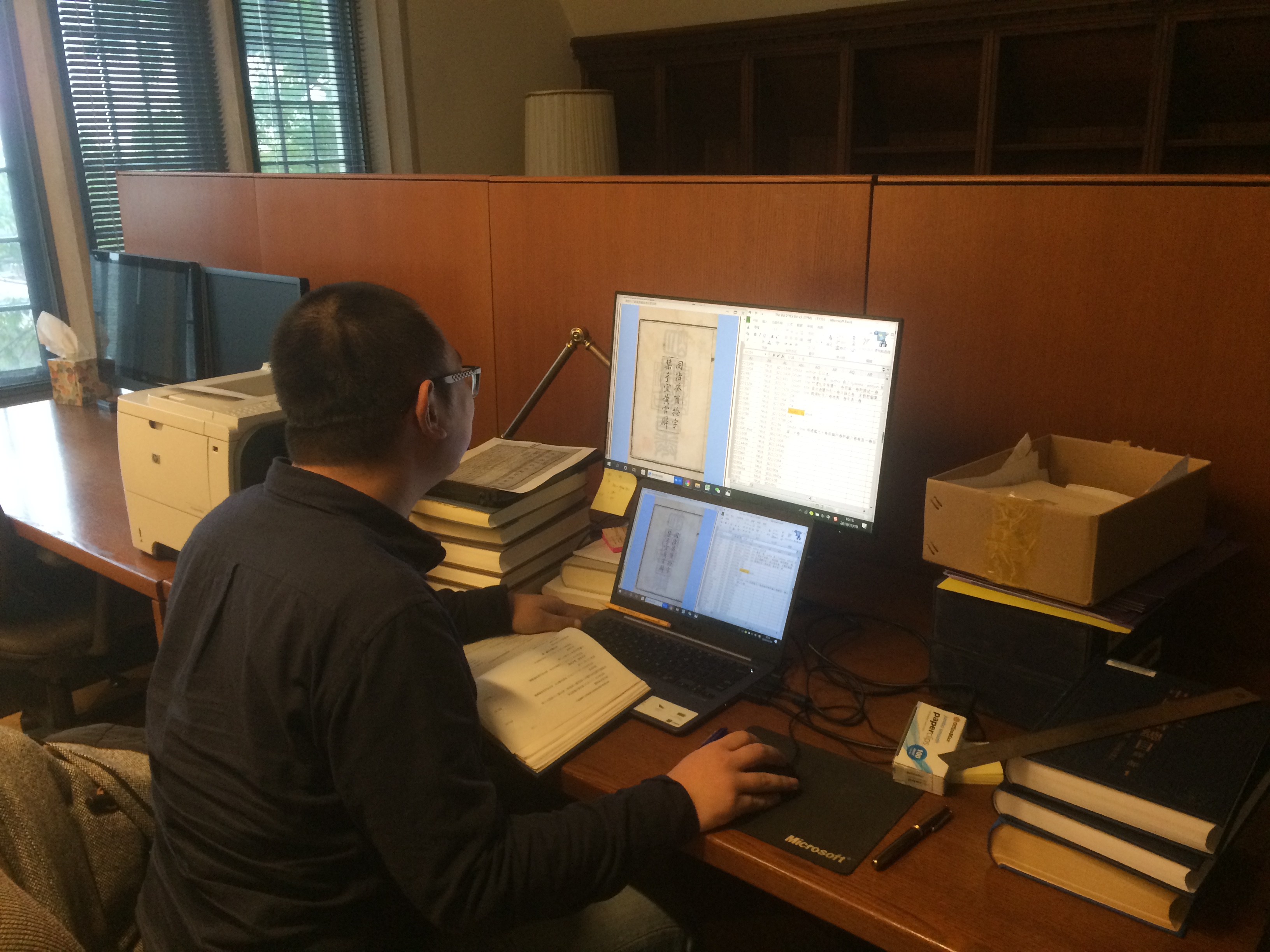 Written by Martin Heijdra, Director of the East Asian Library

In July 2017, when the Catalog of Chinese Rare Books Held in the Princeton University Library was published and announced, the last paragraph read:

What remains to be done is to give similar detailed attention to the Chinese works published between 1796 and 1911: Princeton has also thousands of those works, many rare, quite a few unique. However, the reality at Princeton and many other institutions is that such an endeavor would require several years, and more specialists and resources than currently are available; thus that will be a project for the future.

That future has now begun, earlier than expected, under the moniker “Project Volume Two.” The possibility for this project first dawned when Martin Heijdra, Director of the East Asian Library (EAL), was approached in July 2018 by Yao Boyue, Head of the Academy of Rare Book Preservation at the Tianjin Normal University in China and himself one of the foremost Chinese Rare Book Specialists. Boyue asked whether one of his new faculty members, Ling Yiming, could perhaps come to work at the library at a project of Princeton University Library (PUL)'s choosing as an exchange scholar for six weeks, following his attendance of a Chinese Rare Book course at the Rare Book School at the University of Virginia. (That course is regularly given by Sören Edgren, the retired Head of the International Union Catalog of Chinese Rare Books Project; its central editorial office was located in the East Asian Library under the auspices of the Department of East Asian Studies until 2011.)

Fast forward: because of many different problems regarding visas, passports, university regulations, and housing issues, there was insufficient time to make this possible in 2018. But neither side gave up though; plans and timelines were altered, problems were solved and obstacles overcome, and with great support of Donna Musial-Manners of the East Asian Department, starting November 4, Dr. Ling was finally able to come to the East Asian Library. Already early on it was decided that, with Dr. Ling on board, this would be the perfect time to start the "Project Volume Two."

The need to understand more fully what was published before the end of the Chinese Empire in 1911, and what of that output still exists, has become increasingly clear over the last decades in Chinese Studies. While unique and rare material (originally a subjective category, but more recently redefined as all works published before the end of the reign of the Qianlong Emperor in 1796) is more or less well described, as for centuries whatever expertise and funding was available was directed by universities to these prestige holdings, rarely was similar attention paid to works published since 1644, or later, 1796. In many ways describing such works needs similar or even wider expertise than that needed for earlier “rare” works, yet that expertise is very different from what is needed for cataloging works since 1911, and it is not taught as part of regular library training. To remedy this situation, there are now three large projects in China devoted to identifying and cataloging works published from 1796 to 1912 within and without China, and the current project in the EAL belongs in that context;  it is hoped that the results of the project (once finished; it is anticipated it will certainly need more than a mere six months) will be published as part of one of these projects, and informal negotiations have already taken place.

While waiting for the last details to fall in place, it was only known that Dr. Ling indeed could come as planned in November two weeks before his arrival. Only the relevant staff knew, not only at the East Asian Library but also including other staff members of Cataloging and Metadata Services, as well as Marquand and Cotsen Libraries, devised plans and set standards and goals for this project, identified which kind of technical reports and new macros would be needed, and also arranged for relevant training for Dr. Ling.

Dr. Ling, who also trained under Wu Ge, another of the few very great rare books scholars in China, studied library science, Chinese classical philology and history, and participated in the cataloging of rare books of Fudan (Shanghai) and Zhejiang (Hangzhou) Universities. Fudan University, one of the major universities in humanities research in China, is a long-term partner with Princeton University in several projects.

As before, the core of the works to be described belong to the world-famous Gest Collection, collected mainly between 1928 and 1936 and held at Princeton since 1937. Half of the estimated 1,600 Gest titles to be included in Volume Two are already represented in the online catalog, but often in a deficient form, going back to “recon” records which do not always accurately describe copies of the book. A further half of the items are not even presented on-line at all, since no other copies existed in WorldCat when the recon project took place; however, East Asian Library does possess printed catalog records.

But as was the case with the previous rare book catalog, which went on to win a prize in China, this volume is expected to include all Chinese rare books held in Princeton, not only those of the original Gest Collection: thus also those in the Cotsen Children’s Library, in the Marquand Library of Art and Archaeology, in various collections in Special Collections, and, not least, those works in the East Asian Library which do not belong to the original Gest Collection. This is expected to add a further 600 to 800 titles.

Many individuals will help with the current project. In addition to Dr. Ling, central members will be Cao Shuwen, Martin Heijdra, Thomas Ventimiglia, Chen Minjie, and Kimberly Wishart, whose supervisors enthusiastically allowed these employees to devote time to this collaborative project, and some of them, as Lia Contursi, will be also actively involved in training.