Inside the Milberg Gallery: Survivals 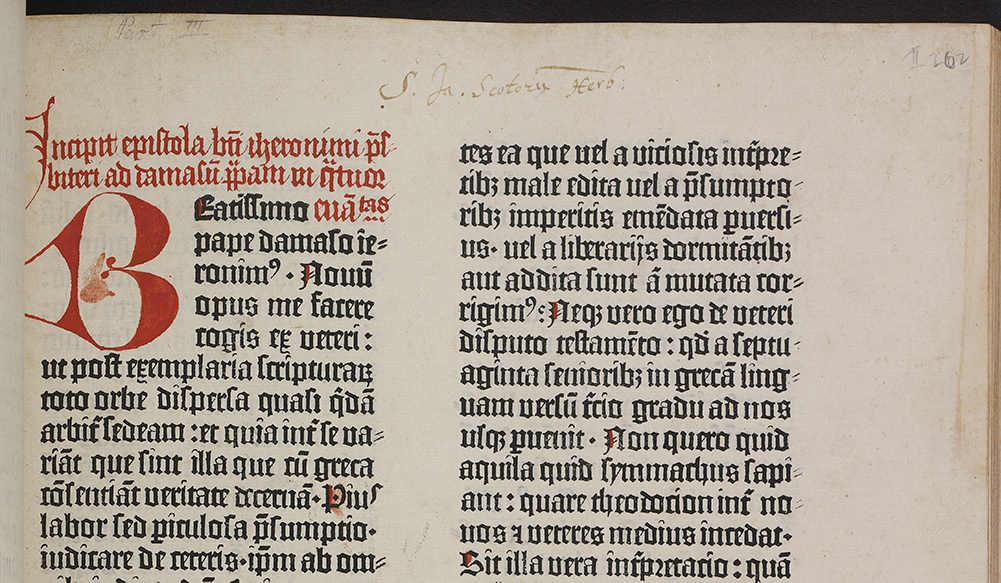 All the 15th-century books, broadsides, and fragments exhibited in “Gutenberg & After” are survivors, uncommon, or in some cases, unique representatives of much larger editions that have largely disappeared through the ravages of time. What does the survival of early printed specimens tell us about their original creation and use, and what does it tell us about subsequent events and human endeavors? 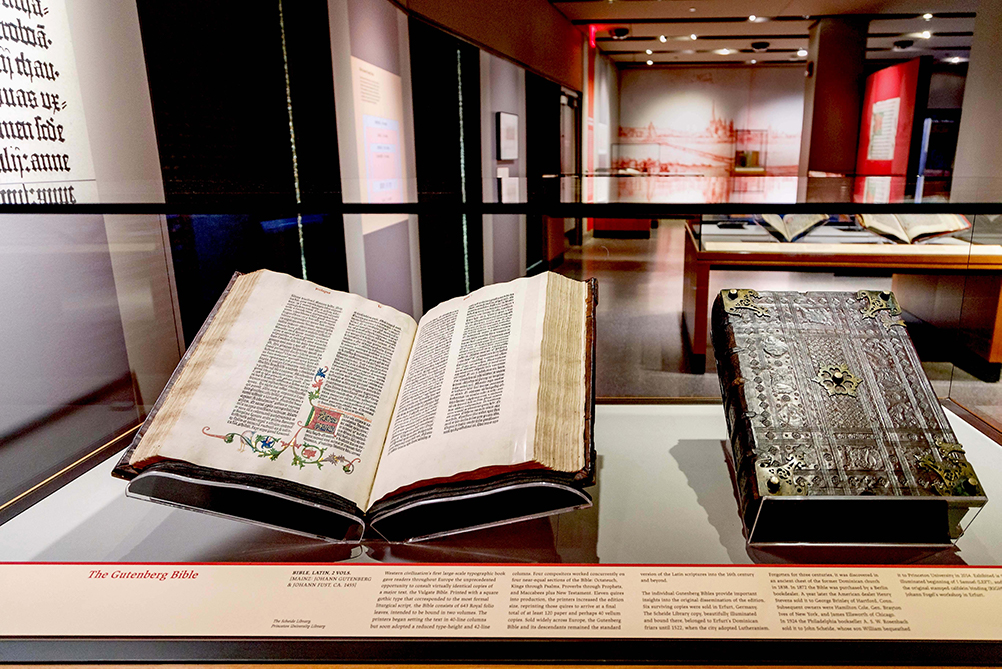 The beautifully preserved Gutenberg Bible on display is one of 48 copies that have survived reasonably well, still bound between two covers. Twelve of these were printed on vellum (prepared animal skin). Two other incomplete paper copies were “leafed out” by 20th-century booksellers (that is, sold as short book segments or as individual leaves to collectors), while up to 15 otherwise lost copies (including 12 on vellum) are known from binding waste fragments.

That makes a total of 64 Gutenberg Bibles with physical evidence of their existence, out of an edition that contemporary sources claimed was either 158 or 180 copies. This scale is borne out by the supplies of paper and vellum that appear to have been available. If we assume (on this basis) that approximately 100 copies have disappeared, this would imply that 35 to 40 percent of the press run survives to some extent, which is an unusually high survival rate for a 15th-century edition. 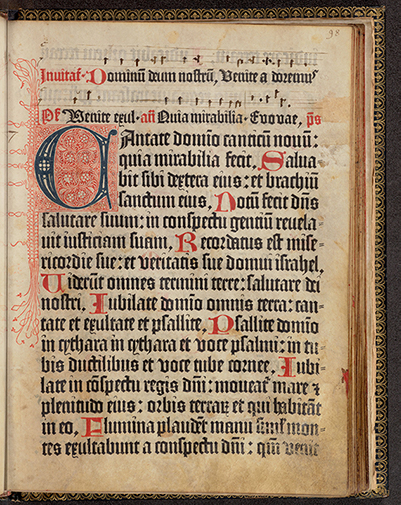 Another folio (large format) Latin Bible, the 36-line edition, was printed about five years later by Albrecht Pfister in Bamberg. It survives in only 14 bound-paper copies and 8 to ten copies represented by fragments, mostly vellum. That total is approximately one-third of the total survivals of the Gutenberg Bible edition.

Unless one can point to some reason why the 36-line Bible should have been more destructible or less worthy of protection than the earlier edition of the same text, the reasonable conclusion would be that the press run of the 36-line edition was significantly smaller, perhaps one-third as extensive as that of the Gutenberg Bible, which was not quite three-quarters as long in terms of the leaves required. Does one assume an original press run of 60 to 70 copies, or is there an unknown variable at work?

Europe’s first dated typographic book, the folio Psalter published in Mainz by Johann Fust and Peter Schoeffer on Aug. 14 1457, survives in only ten copies and numerous fragments from several otherwise lost copies. All were printed on vellum, a material which may be slightly more durable than paper but is also more likely to be recycled as binding waste. Did folio Bibles and Psalters – a much shorter text – have the same rates of destruction and preservation? One dares to guess that the press run of the Psalter was about 40 to 50 copies – but real evidence is lacking. 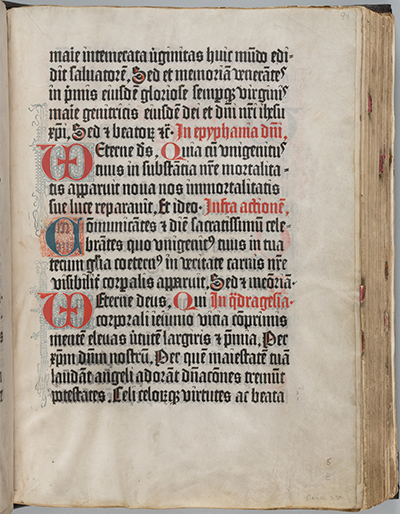 Another of Fust and Schoffer’s folio editions was the Canon missae of ca. 1458, a gathering of twelve durable vellum leaves intended to be inserted into the middle of a worn-out manuscript Missal for use by priests during the daily Mass ceremony. Three copies have been discovered, each preserved within a 15th-century Missal, including the copy lent by Columbia University Library. A handful of fragments also survives.

The specialized liturgical function of the printed Canon missae clearly made its patterns of usage different from those of the folio Bibles and Psalters, so making comparisons and estimates concerning its press run is difficult, if not futile.

In each case, these early printed editions have come down to us in severely reduced numbers, with the Canon missae falling perilously close to extinction. Other editions from the same early presses doubtless have disappeared entirely. Fires, floods, wars, mutilation, and neglect have taken their toll, leaving only a few survivors to stand in for the whole. When we recognize the immense scale of loss and destruction that has befallen 15th-century editions, we appreciate all the more the necessity of studying closely the few specimens that – seemingly miraculously – have survived.