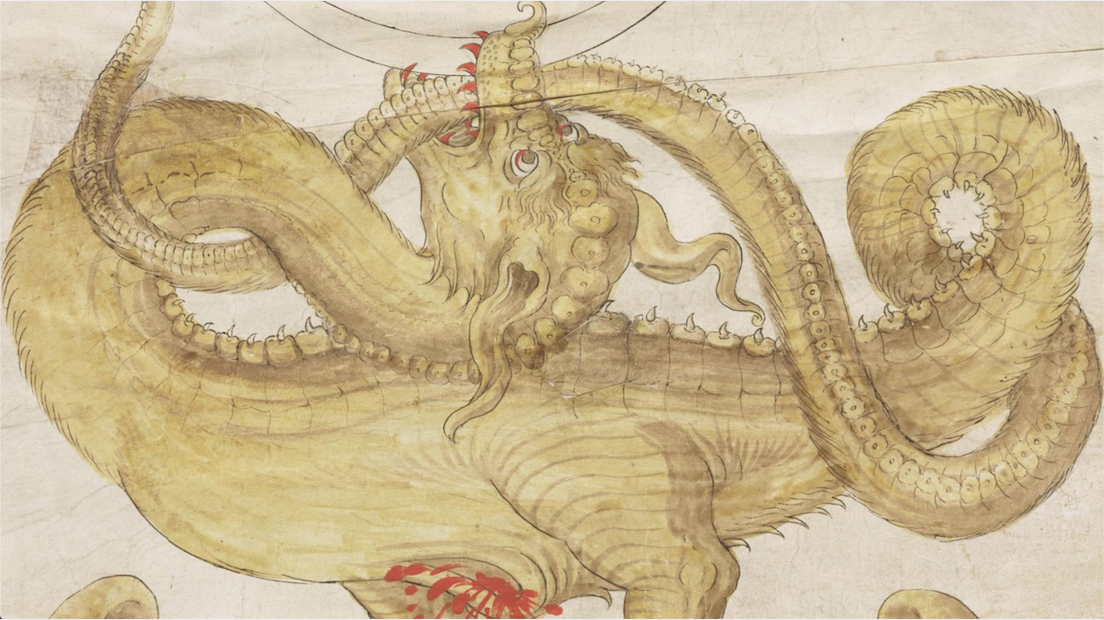 Through a Glass Darkly, an exhibition scheduled to open April 2022, will feature alchemic scrolls that display emblematic diagrams serving as instructions on the process of transmuting base metals into gold and silver. George Ripley (d. ca. 1490), Princeton University Library.

"Through a Glass Darkly," a Princeton University Library (PUL) exhibition scheduled to open in April 2022, will show how the medieval west built on Graeco-Egyptian, Islamic, and late medieval foundations to create a golden age of alchemy from the 16th century to the time of Sir Isaac Newton. The exhibition will be on display in the Ellen and Leonard Milberg Gallery, located in the Firestone Library lobby.

Medieval alchemists pursued medicinal elixirs to counter the public health crisis of their era⁠—the bubonic plague⁠—and attempted to transmute base metals into gold and silver to solve the region's precious metal shortage.

"They presented alchemy as both a practical art and a philosophical tradition,"  said Jennifer Rampling, exhibition curator and Princeton University assistant professor of history, "one invented by ancient adepts, who disguised their secrets using allegorical language and obscure, fantastical imagery."

The Ripley Alchemical Scrolls, 23 of which exist, including two in PUL, played a central role in the transmission of alchemical knowledge. The exhibition’s title, “Through a Glass Darkly” (from the New Testament, 1 Corinthians 13:12), underscores the importance of examining alchemy more deeply than a superficial and imperfectly reflected mirror image, as though seen through a looking-glass. Instead, one must engage with alchemy by examining its historical practices and allegorical imagery.

The exhibition was occasioned by the Library’s recent acquisition of a second Ripley Scroll, made in 1624 by the English herald George Smethley. It was acquired chiefly with endowment funds bequeathed to Princeton University by Robert H. Taylor (1909–85), class of 1930. The Library's other Ripley Scroll, dating from the 1590s, was a 1958 gift by Taylor as well.

For more, read the article in Nature written by Jennifer Rampling.