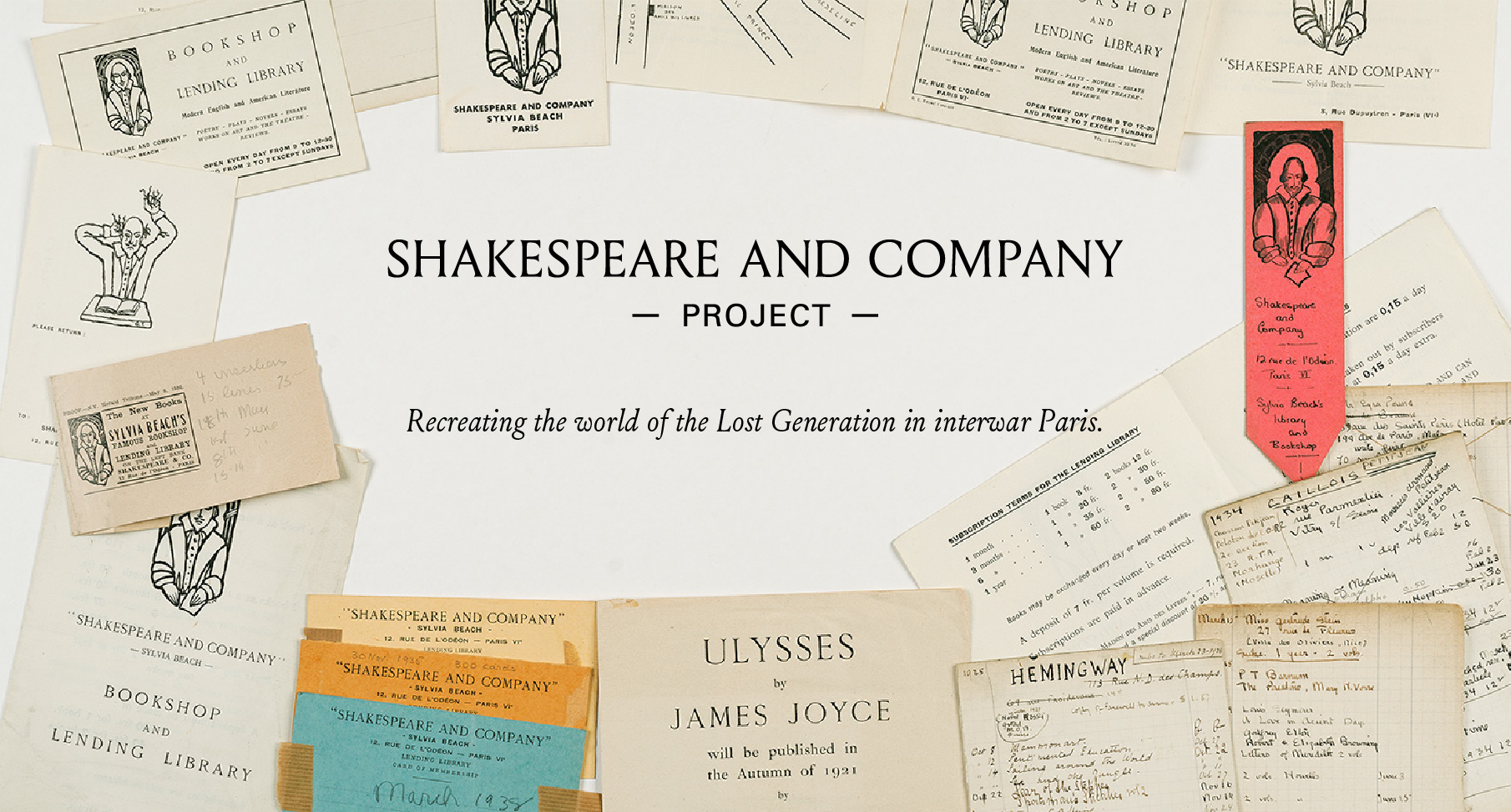 The great 20th century authors: James Joyce, Gertrude Stein, Ernest Hemingway, Aimé Césaire, Simone de Beauvoir, Ezra Pound, Walter Benjamin, and many more. We all know and read them. But what did they read? What authors influenced their work, and which literary works in turn inspired their literature?

Led by associate professor of English Joshua Kotin and lead developer at the Center for Digital Humanities Rebecca Sutton Koeser, the Shakespeare and Company Project at Princeton University reveals just that and more, unveiling a deeper understanding of the authors famously coined the Lost Generation and of their lives in interwar Paris. Using the Sylvia Beach Papers housed in Princeton University Library (PUL)’s Special Collections, the project team recently launched a custom-designed web application that makes the records of Sylvia Beach’s lending library—and the reading habits of the renowned authors who were members there—digitally accessible to everyone.

In 1919, Beach founded her bookshop and lending library, Shakespeare and Company, in Paris, and the shop quickly became a meeting place for French, English, American, Irish, and other writers from the 1920s to the 1930s. Beach, an American author and publisher, maintained detailed records and lending cards for the library’s members.

For six years, the Shakespeare and Company Project team, which includes Princeton librarians, digital humanists, and students, researched and transcribed materials from PUL’s extensive Beach archive, and designed and built a database and website to make these materials searchable and analyzable. The Project allows the public to browse the lending library’s membership, explore each individual’s borrowing activities, sort results by member demographics or by a book’s publication date, and see how often and when books circulated.

The Beach Papers, acquired by PUL in 1964 and held in Firestone Library, document much of Beach’s life and activities. The collection includes extensive records related to the bookshop and lending library, correspondence to and from literary giants such as T.S. Eliot, Allen Tate, Richard Wright, George Antheil, and D.H. Lawrence, and Beach’s personal materials, photographs, writings, artwork, manuscripts, and memorabilia.

The collection also includes material related to Beach’s publications of James Joyce’s works, most famously the controversial “Ulysses,” which she published in 1922 and which was banned in Britain and the United States until the mid-1930s.

A work-in-progress, the Shakespeare and Company Project’s website will continue to provide further data from the Beach Papers, as well as features and essays about the team’s findings, in the coming months.

To learn more about the Shakespeare and Company Project, visit their website.