Highlighting archival materials about and by Black and Latinx communities: Selections from the Mudd Library blog 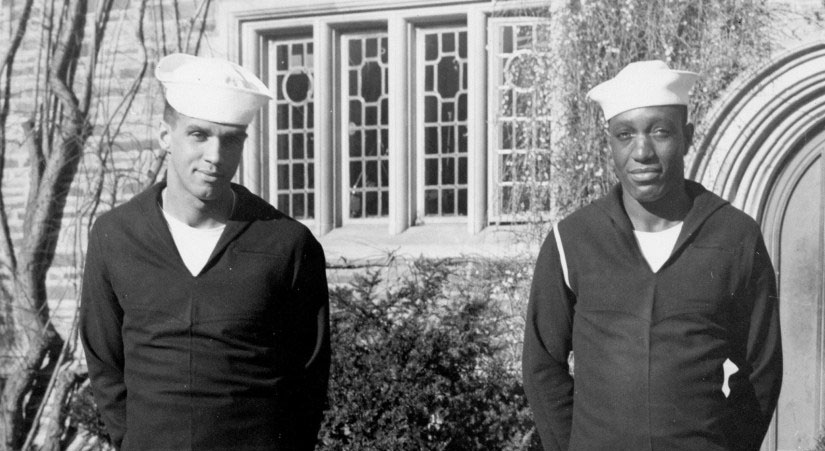 Princeton University Library is committed to promoting access to archival materials about and by underrepresented communities. The following is a selection of blog posts written by staff at the Seeley G. Mudd Manuscript Library highlighting materials of Black and Latinx people in the Princeton University Archives.

Caroline Le Count's Visit to Princeton by April C. Armstrong *14 and Iliyah Coles ’22
Caroline Le Count was a prominent African American activist and educator in Philadelphia in the 19th century, referred to as “Philly’s Rosa Parks” for working to dismantle streetcar segregation in the city.

Integrating Princeton University: Robert Joseph Rivers '53 by April C. Armstrong *14
Robert Rivers was the first African American elected to Princeton University’s Board of Trustees. Rivers and his family remind us of just how much can change in a lifetime, and how a handful of people pressing Princeton to live up to its expressed ideals shaped how the institution understands itself today.

'We Envision a World Where the Night Belongs to No One': Intersectionality and Take Back the Night by Mario Garcia ’18
Take Back the Night is part of an international movement that provides an annual opportunity for communities to stand with survivors of sexual harassment and sexual assault and to advocate for social reform that addresses these issues. At Princeton University, a group of students initiated the event in 1987. Throughout the years, the march has taken various forms.

What Archival Silence Conceals--and Reveals: Recovering Princeton University's 19th-Century African American Graduate Alumni by April C. Armstrong *14
Princeton University educated more black men than it was willing to acknowledge prior to World War II, and due to the actions of those who came before us, we will probably never know all of their names.