Afrofuturism: How Octavia Butler is moving us forward 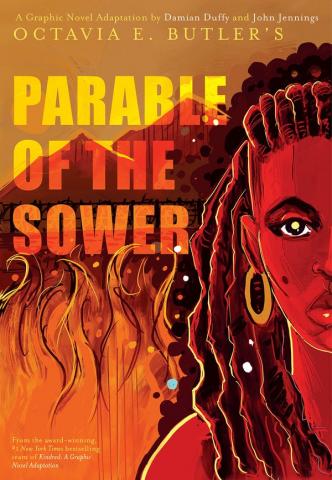 Octavia E. Butler was a visionary African American author, who imagined an alternate future for herself and our shared world. Through her writing, Butler challenged gender stereotypes in American fiction, white privilege in their narratives, and racism in her profession. She helped reshape the genre of science fiction by offering grounded, naturalistic stories in which characters like herself could flourish.

Butler also had amazing forethought. In 1993 when her tenth novel “Parable of the Sower” first appeared, 2024, the year in which it is set, must have seemed far enough away to hold a dystopian world of unprecedented crime, acute global warming, soaring joblessness, police services limited to the wealthy, and a pervasive fear of going outside. In 2020, the future Butler described is at our doorsteps and all too real.

Black women play commanding and powerful leading roles in many of Butler’s novels, hence the association with the term Afrofuturism. Beginning in the 1970s, her narratives upended the primarily white, male-dominated genre of science fiction occupied by George Orwell, H.G. Wells, and Ray Bradbury by introducing heroines such as “Parable’s” Lauren Olamina, a fifteen-year-old Black girl who dares to undertake a perilous journey to make a new home for herself and her multi-racial, multi-gender followers. Through Lauren, Butler tells us to “Embrace diversity. Unite— Or be divided, robbed, ruled, killed by those who see you as prey. Embrace diversity Or be destroyed.”

In “Kindred,” arguably her best-known work, a young African American woman travels back in time to personally experience the horrific life for enslaved people in pre-Civil War Maryland. “I wanted to reach people emotionally in a way that history tends not to,” she once said.

Butler’s prose are clear and specific and graphic, an ideal choice for an adaptation to the visual prose of a graphic novel. While Butler’s novels were blowing the ceiling off the literary world, the artist and writer team of John Jennings and Damian Duffy were causing a similar eruption within the graphic arts. Reacting to the exclusive white, mostly male artists featured in the Los Angeles County Museum of Art and Hammer Museum’s exhibition “Masters of American Comics,” Jennings and Duffy mounted their own show titled “Out of Sequence: Underrepresented Voices in American Comics” held at the Krannert Art Museum. This was followed in 2010 by the seminal “Black Comix: African American Independent Comics, Art and Culture,” a collection of art and essays celebrating the vibrant, contemporary work of these independent artists. When it came time to adapt Octavia Butler’s “Kindred” and later, “Parable of the Sower” to graphic novels, they were the obvious choices for this formidable undertaking.

Underrepresented voices are beginning to be heard loud and clear. Last winter, 9,000 people registered for the Annual Black Comic Book Festival in Harlem’s Schomburg Center. At Princeton University, students are offered courses such as “Graphic America: Comics, Graphic Narrative, and American Culture” with Alfred Bendixen and “Afronaut Ascension: A Creative Exploration of Afrofuturism & the Avant Garde,” with Shariffa Ali, and much more.

To further explore these books and themes, please join us on Friday, July 31 at 2 p.m. EDT for a live webinar featuring Damian Duffy and John Jennings discussing their current publications and future projects. (This is a past event.)