A rare glimpse into the mind of James Baldwin: The unpublished Playboy Interview 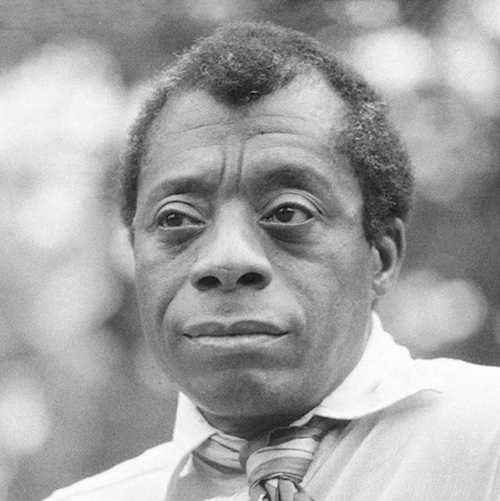 Note: This piece is part of the 2021 Black History Month PUL tribute to Black leaders and artists

Between 1967 and 1968, American novelist James Baldwin sat down with writer Alex Haley and editor James A. Goode for an interview for Playboy Magazine. Though the piece was never published, Princeton University Library (PUL) houses the sound recordings, a transcription, and editorial notes from the conversation as part of its Special Collections.

According to Steven Knowlton, librarian for history and African American studies, the interview occurred as Baldwin entered new territory during his career. “He had lost favor with white liberals, who had previously approved of his writing but felt his recent work was too judgmental, and the adherents of the rising Black Power felt he was too accommodating to the white power structure,” Knowlton explained.

In the years leading up to the interview, Baldwin published his third and fourth novels, “Another Country” (1962) and “Tell Me How Long the Train's Been Gone” (1968). The former explores the life of jazz drummer Rufus Scott, while the latter details the relationships of African American actor Leo Proudhammer. Both works of fiction are set between Greenwich Village and Harlem, the stories involve then-taboo interracial and homosexual relationships.

Knowlton noted that because Baldwin only published book-length works of fiction during this time, the Playboy interview provides a rare glimpse into his thinking. “His thoughts about his own life and the state of the nation during this period are likely to shed important light on the development of the ideas he later expressed in his works on American race relations such as ‘No Name in the Street’,” Knowlton said. “This is an opportunity to get his perspective on that particular moment in history.”

To request access to the interview, visit the PUL Catalog.