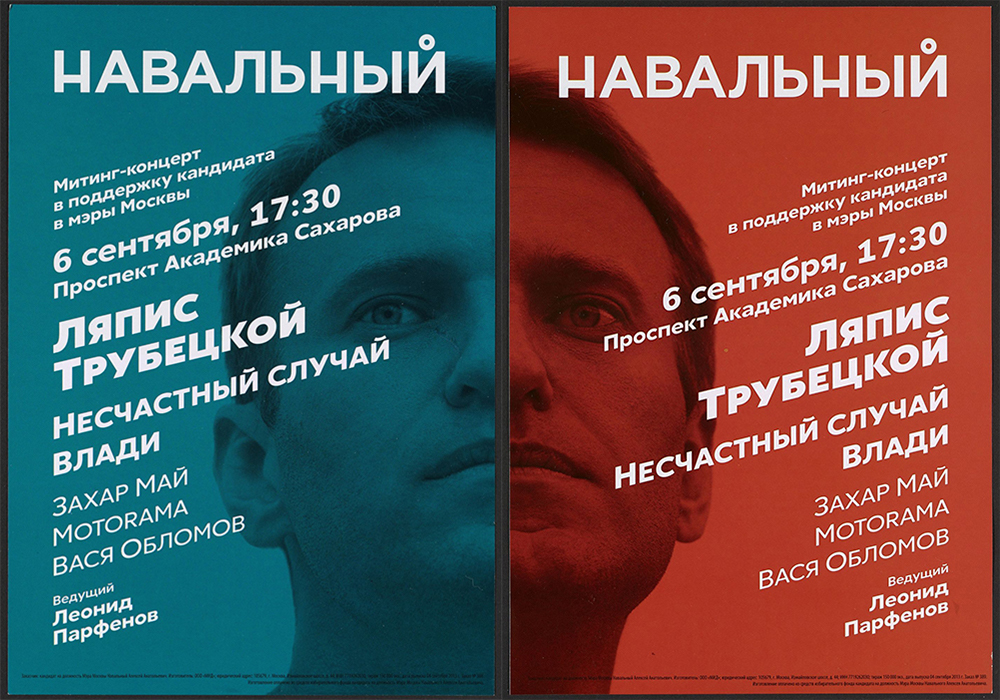 About the 2013 Moscow mayoral election

The 2013 Moscow mayoral election was the first serious challenge to the authority of Vladimir Putin’s Kremlin by Alexei Navalny, the Russian anti-corruption crusader and opposition politician who miraculously survived an August 2020 attempt on his life via the nerve agent known as “Novichok.” After a four-month convalescence in Berlin, Navalny returned to Russia in January 2021 where his summary arrest and incarceration has occasioned massive protests in Moscow, St. Petersburg, and other Russian cities.

The 2013 mayoral race was in many ways a barometer for a particular moment in Moscow’s volatile balance between a longstanding authoritarian federal regime and opposition forces, a barometer for the attitudes and reactions of an urban middle class bristling under authoritarian rule. It stood as a demonstration of the extent to which that class had and was willing to assert political will, and the extent to which the larger population in Moscow was prepared to support opposition to the regime.

In 2013, Alexei Navalny, a Moscow mayoral candidate openly critical of the Kremlin, managed to run and become the most serious challenger of the Kremlin-backed incumbent Sergei Sobyanin. This flew in the face of a longstanding assumption that, in Putin’s Russia, high-ranking elected municipal officials, and particularly those in the more populous urban centers, were de facto Kremlin installations who ran in the absence of any serious contest.

About the collection and related research

This collection contains 181 pieces of print ephemera documenting the verbal and graphic languages deployed in the propaganda struggle between the Moscow mayoral candidates in 2013.

Regarding the research potential of the collection, Mark Beissinger, Henry R. Putnam Professor of Politics, said, “This amazing collection of materials from the 2013 mayoral election in Moscow not only provides invaluable insight into the positions and appeal of Aleksei Navalny as a political figure, but also shows just how innovative Navalny’s mayoral campaign was in the context of Russian politics of the time, representing the first truly grass-roots campaign at voter mobilization in modern Russia. These materials will be of great use for all interested in the politics of contemporary Russia.”

Professor of Anthropology and Slavic Languages and Literatures Serguei Oushakine placed special emphasis on the value of the collection from a media and visual-culture standpoint. “We collect such artifacts because we have a long-standing interest in accumulating visual materials that represent various aspects of social, political, and cultural life in the Russian empire, the USSR, and independent states. Leaflets, posters, ads, and other ‘everyday’ propaganda items tend to capture in a direct and sharpened way issues, problems, and concerns that are being discussed publicly. Graphically enhanced, these materials help to see how politics gets translated into appealing visual cliches and striking slogans that can be easily processed by a large audience and quickly distributed over a vast space.” 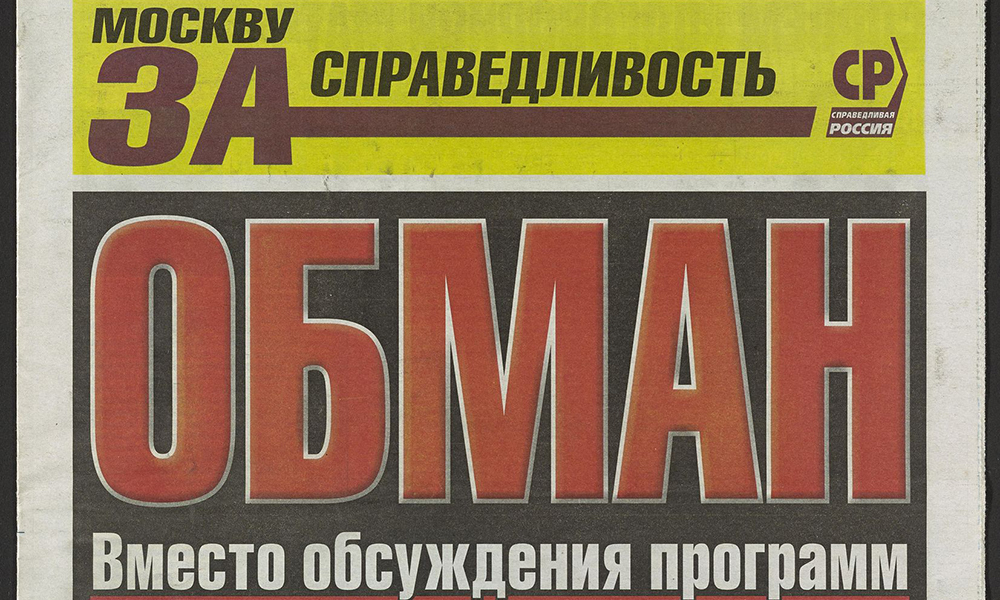 A flier for candidate Nikolai Levichev. “Deception! Instead of discussion of the different candidates’ programs they serve up this fixed match between Sobyanin and Navalny.”

Alexei Navalny had been a participant of some notoriety in the groundswell of protest and opposition that was set in motion following the State Duma Elections in 2011 and surged again after the Presidential Election of 2012. He used digital technology and social media to great effect and turned his indictments of pervasive corruption at the highest levels of Russian state power into a political platform. Though he ultimately lost the 2013 mayoral election and failed to thwart the Kremlin's objective for it, he received financial backing from representatives of Moscow's monied professional and entrepreneurial classes and waged a vigorous and highly visible campaign, posing a significant challenge to Sobyanin. That a rogue candidate was able to achieve this in Russia's federal administrative capital and most populous city was seen by many as evidence that the Kremlin could no longer maintain its monopoly on political power. 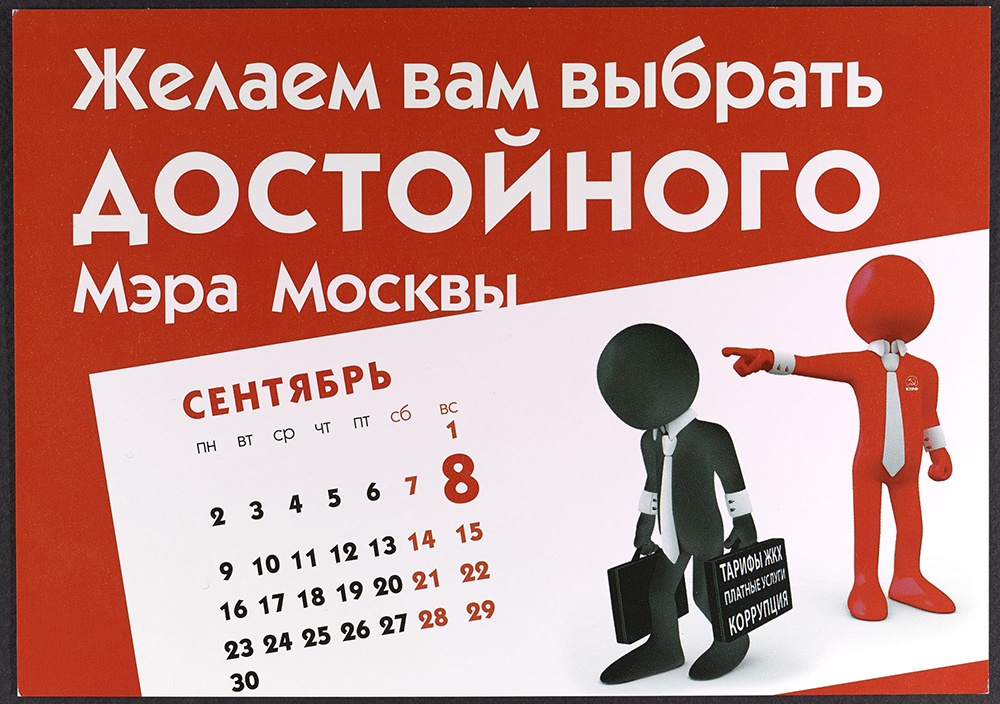 “We wish you the best with choosing a worthy Moscow mayor.” The text on the black figure’s briefcase reads “Common living charges. Paid services. Corruption.”

After declaring his candidacy, Navalny was arrested, on what many saw as intensely dubious charges, at which point he exhorted his considerable mass of supporters to boycott the election. His release less than 24 hours later was widely viewed as a sea-change in Russian politics. To many this was a sign that Navalny had managed to garner enough visibility and popular support to make his imprisonment politically inexpedient for the Kremlin, and that he had succeeded in embarrassing the administration by forcing its hand and posing a formidable challenge to its chosen candidate for the Moscow mayoral seat.

Learn more about this collection and other related resources.