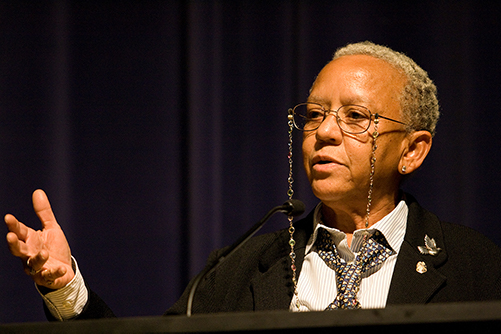 This past year, in collaboration with faculty in African American Studies, English, and the Lewis Center for the Arts, Princeton University Library (PUL) curators and subject-area librarians acquired important additions to Special Collections holdings in support of the African American studies curriculum. These materials joined existing holdings from Broadside Press, a Black Arts Movement publisher and one of the oldest black-owned presses in Detroit, and expanded the holdings of authors James Baldwin and Gwendolyn Brooks with a selection of books from their personal libraries.

According to Librarian for History and African American Studies Steve Knowlton, “most of the items published were in small runs, so the books are difficult to obtain. However, some of the most important and renowned black writers of the 1960s and 1970s published titles with Broadside Press, so having these titles is an important contribution to the study of African American literature.”

At the start of 2020, Knowlton and Professors Tracy K. Smith and Joshua Kotin led the Library’s acquisition of 54 broadsides published by Broadside Press between 1968 and 1974. This acquisition expanded the existing collection of 36 broadsides dating 1965-1971. While not comprehensive, Princeton’s holdings now include all but three broadsides produced by the press, and features the work of writers Gwendolyn Brooks, Amiri Baraka (LeRoi Jones), Jean Toomer, Sonia Sanchez, Nikki Giovanni, June Jordan, and Lucille Clifton, among others.

Knowlton noted that the Broadside acquisitions flesh out the depth of PUL’s existing collection that deals with the Black Arts Movement. “The Black Arts Movement was contemporaneous with the Black Power movement in politics, and was aimed at suggesting through writing what Black Power aimed to do through activism and organizing – to pursue Black liberation through development of a literary culture separate from white-dominated publishing and drawing upon African American folk and popular traditions,” Knowlton said. 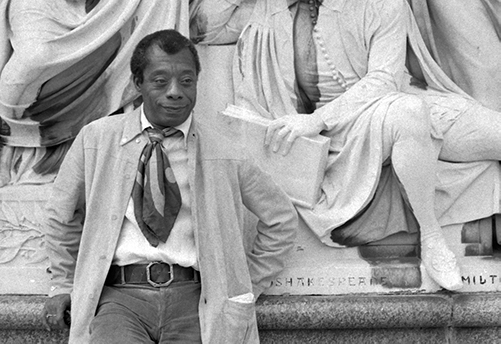 Three signed James Baldwin volumes are among the recent additions to the African American collection.

“Stride Toward Freedom is significant not only for its author, but because its popularity (including the wide distribution of a comic book adaptation) encouraged activists in cities outside Montgomery to pursue non-violent ‘direct action’ protests for civil rights in their own cities,” Knowlton said.

At the start of 2020, based on curatorial work by Gabriel Swift (Curator of American Books) and Rene Boatman (Special Collections Assistant), and in collaboration with Professors Kotin and Kinohi Nishikawa, the Library acquired 25 volumes from the library of poet Gwendolyn Brooks. Each book is inscribed to her by the author. Among the acquisitions are a first edition of poet Nikki Giovanni’s first book “Black Feeling Black Talk,” privately printed in 1968; novelist Jon Williams’ “The Man Who Cried I Am,” published in 1967 by Little Brown (contains Brooks’ marginal annotations); and poet Elizabeth Alexander’s “The Venus Hottentot,” published in 1991 by University Press of Virginia.

Knowlton stressed that as much as these works provide insight into the Black community and activism around social issues, they also have broader significance. “‘A Raisin in the Sun’ and ‘I Know Why the Caged Bird Sings’ are each landmark works in American literature,” Knowlton said.

Furthermore, items from personal collections like Baldwin’s offer deeper context to his thinking, “through the physical impressions he left on the books, such as underlining passages, dog-earing pages, and making notes,” Knowlton explained.

To view these items or to request access, visit the PUL Catalog.

Related article: A rare glimpse into the mind of James Baldwin: The unpublished Playboy interview