A 'Wonder Theatre of Nature' in Marquand Library 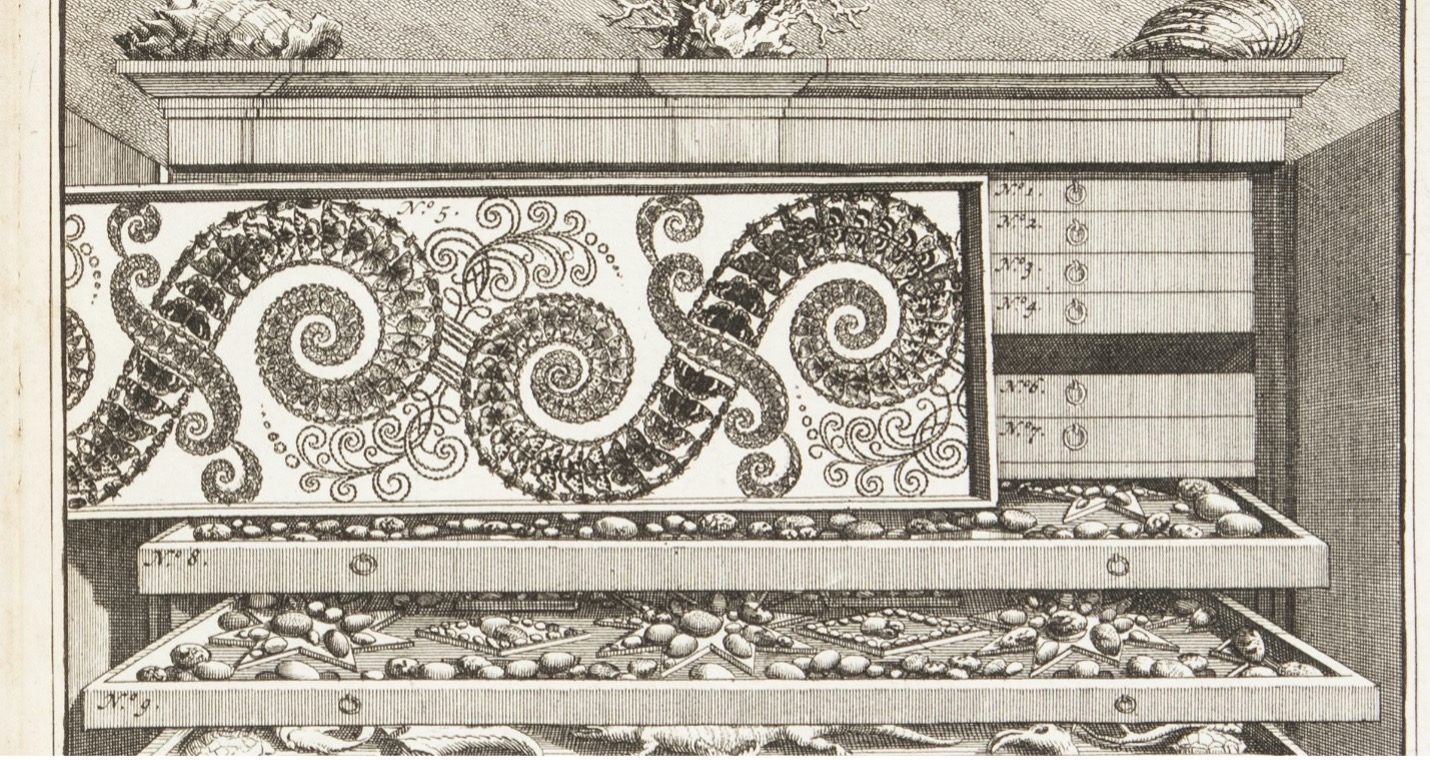 Detail of plate VI: Butterflies and Other Insect Specimens #4156-8

Many people have some sort of souvenirs of the solitary walks they made during this last year. Digital memories recorded on phones or tangible objects, perhaps a feather or a curious stone, are proof of our reacquaintance with the “wonders of nature.” In the 17th century, the opening-up of a wider world through trade and exploration brought new wonders to reinvigorate the deeply rooted human impulse to collect and categorize. Scholars and wealthy amateurs acquired examples of both natural phenomena and the material evidence of earlier civilizations for their private “cabinets of curiosities.” Guests were invited to visit these “Wunderkammern,” the precursors of today’s public museums, to view, admire, and discuss the treasures they contained, and important collections were sometimes documented by scholarly publications.

An exceptionally fine example of this type of publication, "Wondertooneel der nature, geopent in eene korte beschryving der hoofddeelen van de byzondere zeldsaamheden daar in begrepen; in orde gebragt en bewaart" (1706-1715), authored by Levinus Vincent, was recently acquired by Marquand Library with generous collaborative funding from the Zeiss fund and Special Collections. The “Wonder Theater of Nature” of Levinus Vincent, a designer and merchant of luxury textiles, and his wife, Joanna van Breda, consisted of eight cabinets of objects containing thousands of specimens of insects, shells, corals, fossils, minerals, and other objects. The collection, which was begun by Joanna’s brother in 1674, became one of the wonders of Amsterdam, a center of world trade at the time, and later Haarlem, and attracted distinguished visitors, including Peter the Great and King Charles III of Spain. 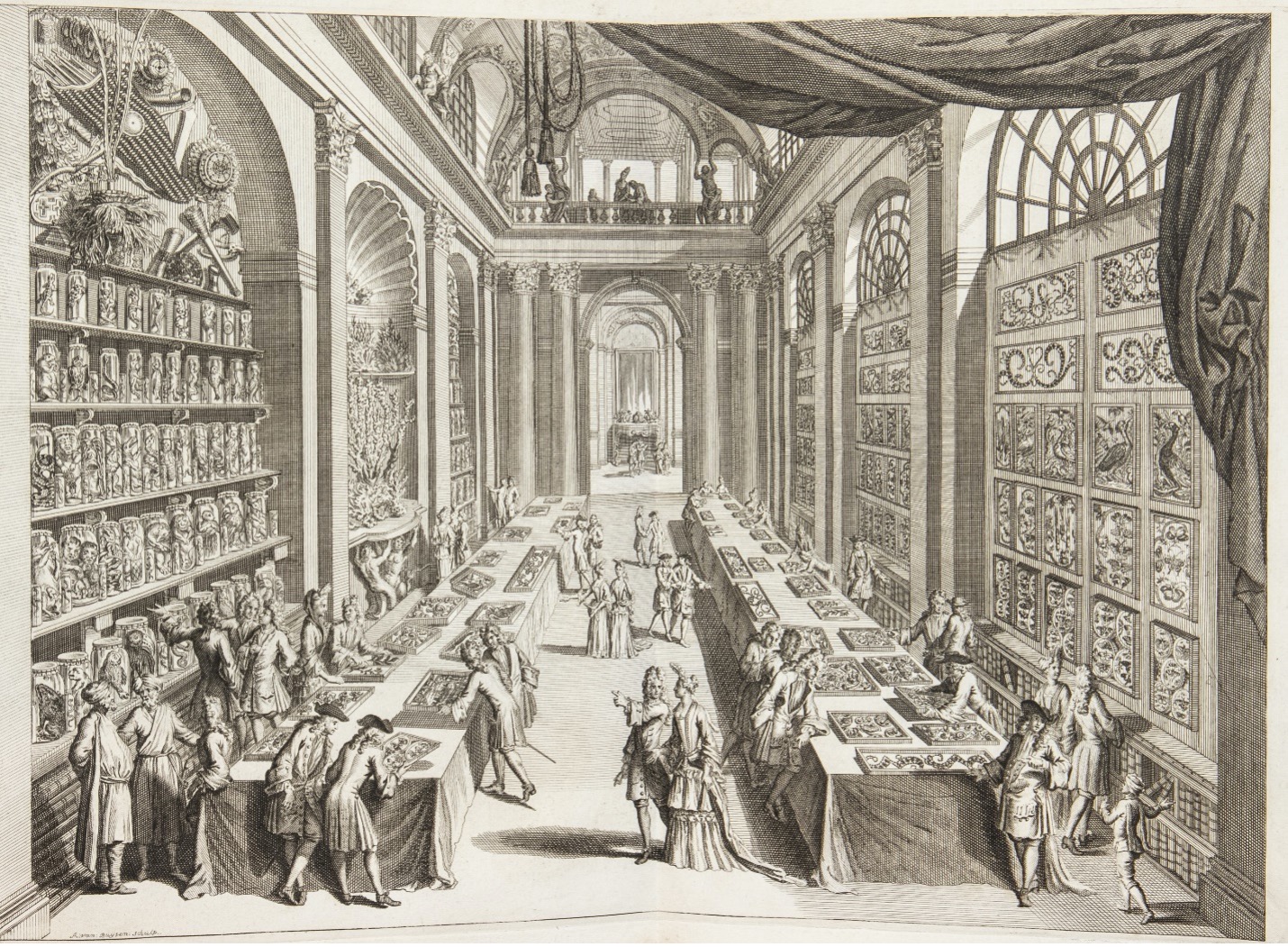 The illustrated catalogue includes laudatory verses from friends and celebrities, followed by an overview of the collection and detailed descriptions of the specimens. The frontispiece, with the Latin translation of the title chiseled into the archway, shows the interior of the Vincents’ cabinet (which could refer to either the storage units or the architectural space they occupied) in Amsterdam, drawn by Romeyn de Hooghe, one of the foremost artists in Holland, and engraved by Jan van Vianen. A second, double-page plate by Andries Van Buysen depicts an elegant crowd viewing specimens in the handsome building in Haarlem that housed the collection after 1705. The popularity of such visits -- there were more than 3,500 entries in the visitors’ book between 1705-1737-- may have encouraged the publication of the catalogue, which could be purchased by visitors for 3 guilders, in addition to an entrance fee or tip of two guilders. 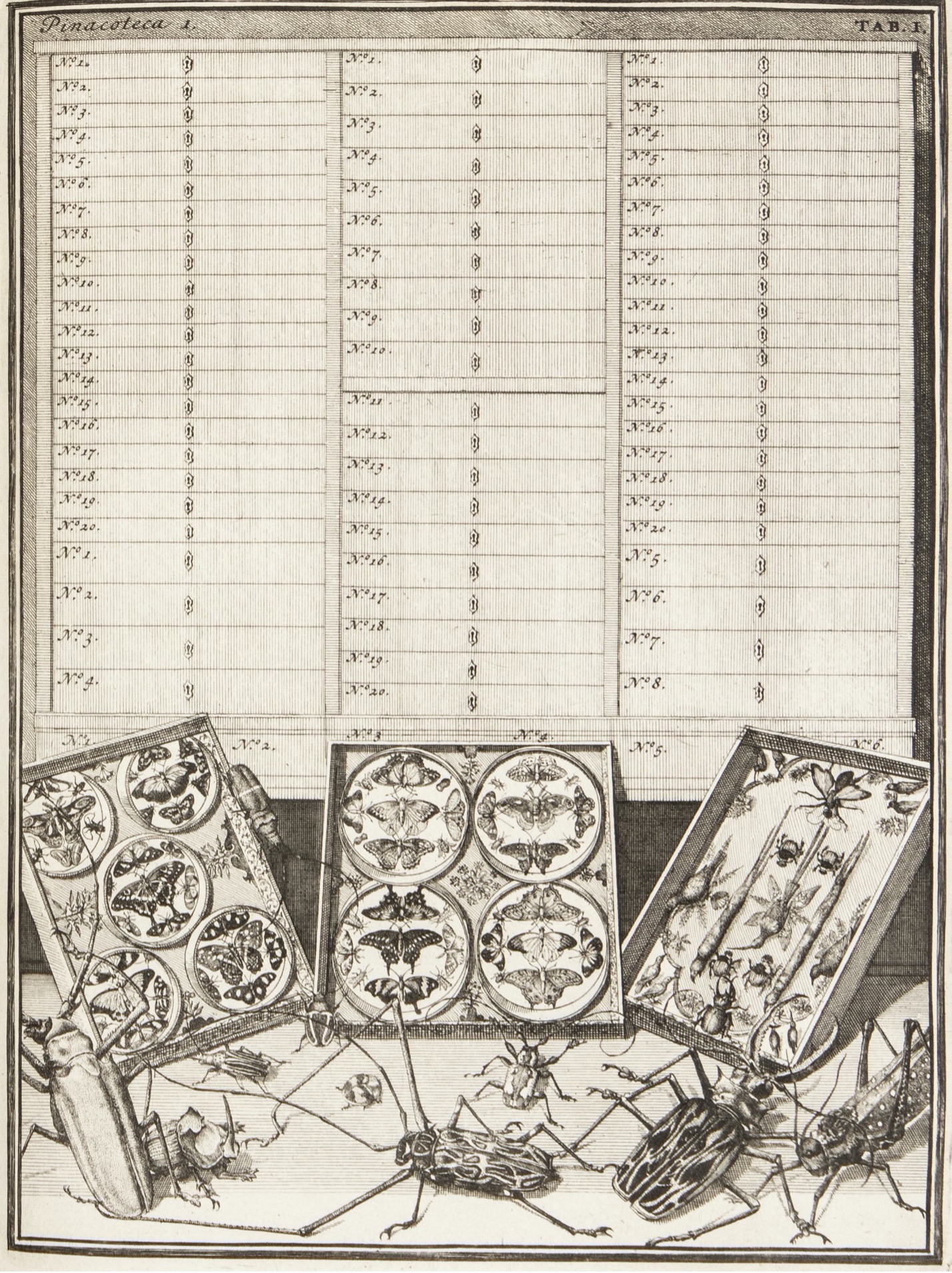 Drawers of butterflies and other insects.

Joanna and Levinus were active in every aspect of their obsession, from the preparation and display of specimens to the design of the storage furniture and the publication. The meticulous and harmonious arrangement of the specimens suggests a true meeting of art and science and reflects the couple’s faith in a divine order. The drawers were organized in elaborate patterns: gridded designs were drawn on the base of each drawer, to which the carefully prepared specimens were attached in beautiful, colorful compositions, organized by type and decoration. Such exact observation and recording represent a significant stage in the evolution of the scientific classification and taxonomy of natural forms. Joanna van Breda was particularly praised for the artistic and scientific skills she brought to the creation of the insect drawers, which were likened to embroidery designs. 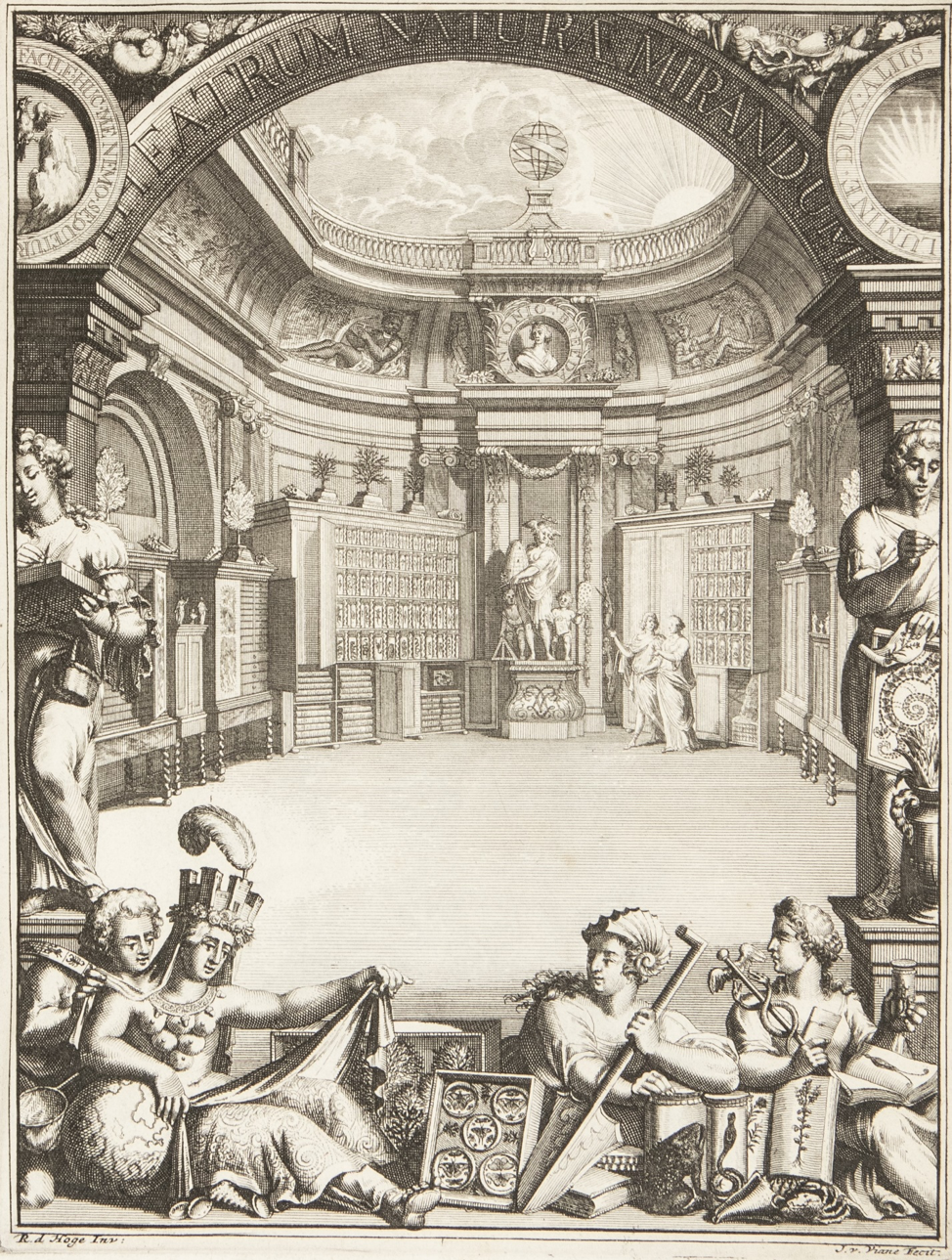 Allegorical figures in the frontispiece include Embroidery, perched on a plinth on the left foreground, working a pattern into one of the drawers with her needle, opposite Painting, on the right, holding a brush, a pattern, and one of the insect drawers. Seven additional plates depict other aspects of collections, including preserved specimens of birds and reptiles, archaeological artifacts, and the accompanying books that formed the library of sources for the collectors.