In celebration of Women’s History Month, Princeton University Library (PUL) highlights a selection of collection items that speak to the efforts of female writers, suffragettes, and others who directly support issues related to women’s rights.

The Sirleaf Market Women's Fund (SMWF) was a non-profit organization dedicated to restoring the livelihoods of market women in post-war Liberia. SWMF was founded in 2007 and named after Ellen Johnson Sirleaf, the 24th president of Liberia and Africa's first female president. The collection documents the operations of SMWF International, the fundraising arm of SMWF, including its administration, governance, outreach, finances, fundraising, and programming. 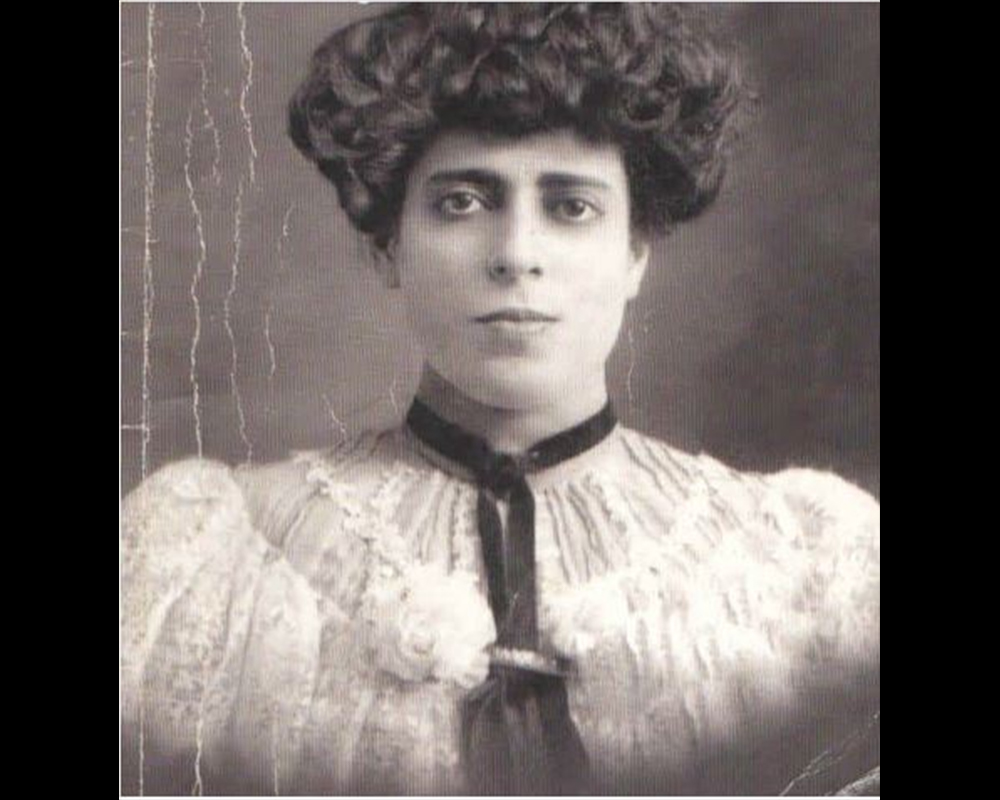 Princeton University library holds a number of works by the Mexican poet, novelist, and translator María Enriqueta Camarillo (1872–1968), including novellas, poetry, and books. 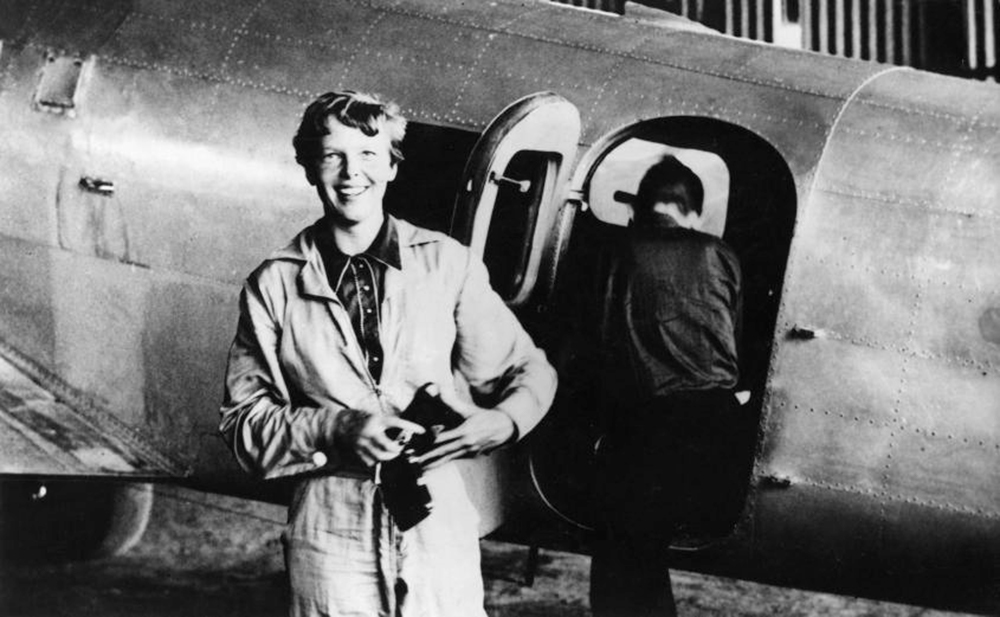 The Miriam Holden Collection is particularly strong in biographies of notable women of the past, such as Amelia Earhart, as seen here in 1937. Image from Wikimedia Commons.

Over the course of her life, Miriam Y. Holden amassed one of the United States’ great private libraries on women’s history. In 1960, she noted in a speech to fellow bibliophiles that "throughout the ages men have recorded with care the achievements of men, and yet kept all too few records of the story of women." And so, "to reveal women's part in the making of long history," she assembled a remarkable collection of books, periodicals, manuscripts, clippings, photographs, cartoons, letters, and other materials about women and their achievements. After her death in 1977, her husband, Arthur C. Holden '12, presented this trove of 6,000 volumes to Princeton. 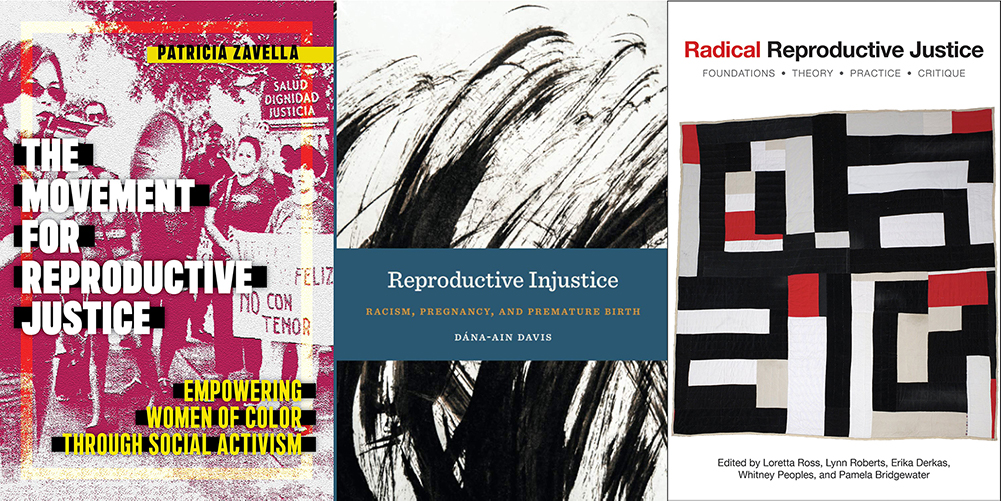 PUL is home to a number of items related to reproductive justice and its intersectional relationships with race, class, and gender studies. 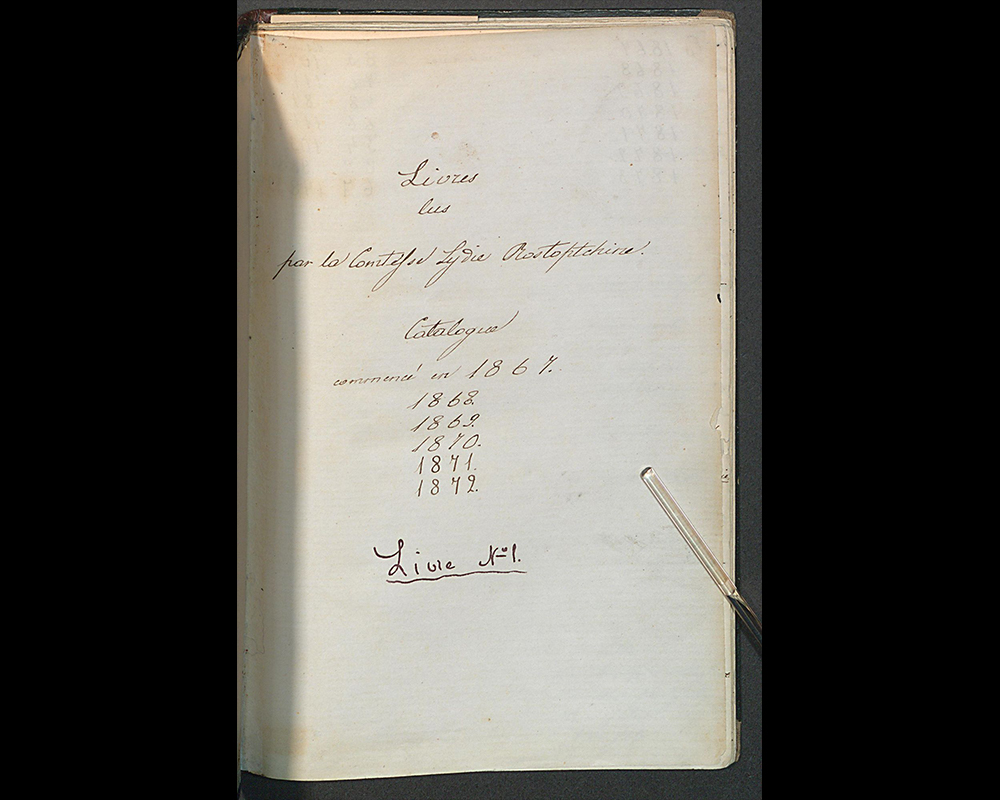 Caption: The inside cover page of Lydia Rostopchine’s Journal. Image from PUL archives.

Countess Lydia Rostoptchine was born into the upper echelon of 19th century Russian aristocracy. Her paternal grandfather was Count Fyodor Vasilyevich Rostopchin (1763-1826), who was appointed military governor of Moscow in May 1812 and is believed to be the one who ordered the evacuated city be burned to the ground to prevent Napoleon's army from seizing control of it.

This piece is an unpublished Rostoptchine manuscript journal containing meticulous notes of six years of extensive reading of Russian, French and other European literature, history and philosophy. 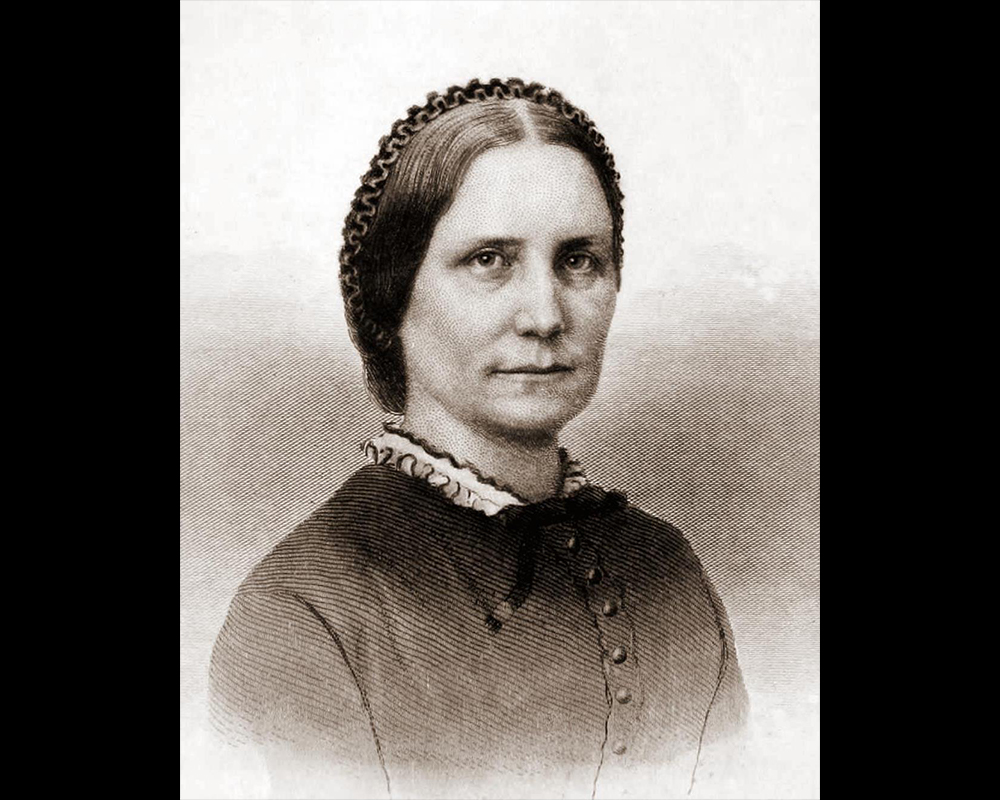 Mary Ashton Rice Livermore (1820-1905) of Boston, Massachusetts, was an American suffragette and reformer. This collection features the writings of Livermore – autograph notes, drafts, typescripts, and reprints of several lectures, articles and short stories by or pertaining to Mary Livermore – along with manuscripts of poetry by Hezekiah Butterworth and Lillie J. Davis.

Compiled by: Office of Library Communications