The Mesoamerican maps in Princeton University Library (PUL)’s Special Collections can literally fill a room with pictorial imagery of baptisms, churches, and plant life alongside text ranging from Nahuetl and Yucatec, to Spanish and Latin. The Library’s largest map spans over eight feet tall and 6 feet wide.

While the detailed imagery portrayed in these Mesoamerican maps may not always tell the viewer how to navigate from point a to b, they tell a more compelling story, one of colonial transformation and indigenous resilience. 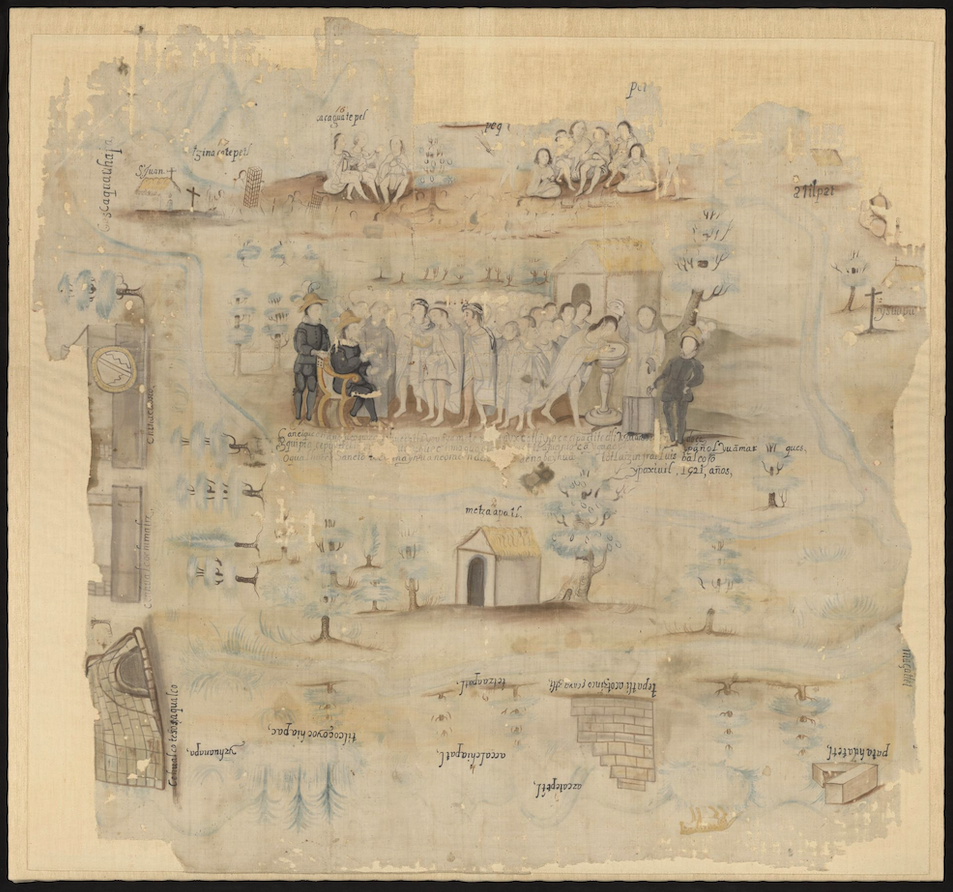 This spring, students in the course, “Reading the Landscapes of Colonial Latin America,” taught by Noa Corcoran-Tadd, associate research scholar and lecturer in Latin American studies, examined the Library’s Mesoamerican manuscripts collection to gain insight into the dramatic influence of Spanish colonialism of the Americas.

As an exercise in primary research, Corcoran-Tadd asked students to select a map from the collection to annotate and analyze. “I wanted to give students a chance to grapple with a single object,” said Corcoran-Tadd. “The project was deliberately difficult, given that most items use deeply unfamiliar conventions and have yet to be thoroughly studied. The idea was to familiarize students with the corpus of maps, and give them tools and basic techniques used by historians to help them make sense of the items.”

Given the virtual nature of the semester, Corcoran-Tadd worked with Gabriel Swift, librarian for academic programs, to select almost a dozen maps for digitization, including “lienzos,” a specific type of indigenous map portraying community lands and histories, as well as land grants, which relate to the possession and transfer of land.

“Lienzos have deep roots in pre-hispanic Mexico and embody the tensions and paradoxes of the colonial period,” said Corcoran-Tadd, “while examining land transfer through land grants is fundamental for a class looking at the workings of early colonialism and capitalism on the ground. These maps aren’t just representations of the landscape, but media through which the land is contested.”

According to Swift, the Mesoamerican maps may be the largest objects in Special Collections. “If we hadn’t digitized these,” said Swift, “the physicality would have limited how many times we brought them to a class as it can take four people to bring them out of storage.”

These newly digitized maps may now be accessed by researchers across the world. “It really is a step forward,” said Swift. The images are compliant with the image international interoperability framework (IIIF), which allows institutions such as museums and libraries to share images through URLs, rather than migrating large files.

Students in Corcoran-Tadd’s class accessed the high-resolution images through Mirador, an image viewer that allows users to zoom in and annotate directly onto the files.

John White, a first-year graduate student in art & archeology, examined his selected map, the Lienzo de San Pedro de Ixcatlan, as if it were a painting with simultaneous, unfolding narratives. “There is no top or bottom to the map. Each edge has images along the bottom,” said White. “If we examine the various orientations, and the different sections one at a time -- moving slowly through the world of the map to take in the individual scenes -- we understand them as moments in time.”

While many courses often involve lectures, reading, and writing, White said he appreciated that this class offered an exploratory style of learning and activated his brain in a different way. 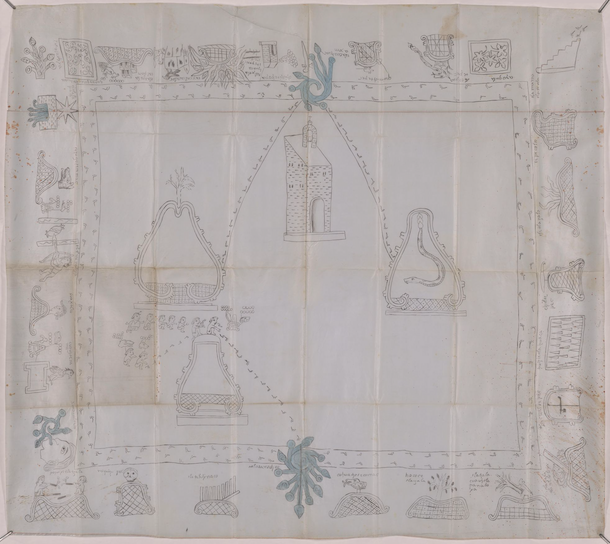 Gawon Jo, a sophomore concentrating in comparative literature, said that the course made her question her previous assumptions, from mapping conventions to the history of agricultural practices.

“These maps don’t look like Western or even Asian conceptions of mapping,” said Jo. “They tend to define social relationships, and the relation between places and people, rather than a geographical sense,” said Jo.

Corcoran-Tadd noted that the provenance of PUL’s collection is unique, as it resulted primarily from the collecting pursuits of only two men: William Gates (1863-1940) and Robert Garrett (1875-1961). Garrett, a Princeton alumnus and collector, bought the extensive collection built by Gates, a Mayan scholar, and contributed his own acquisitions over several decades, building one of the most prominent Mesoamerican manuscript collections in America. Garrett donated the collection to Princeton in 1947.