Merle Eisenberg, fellow at SESYNC, researches the Philosophy of Constantine of Nicaea 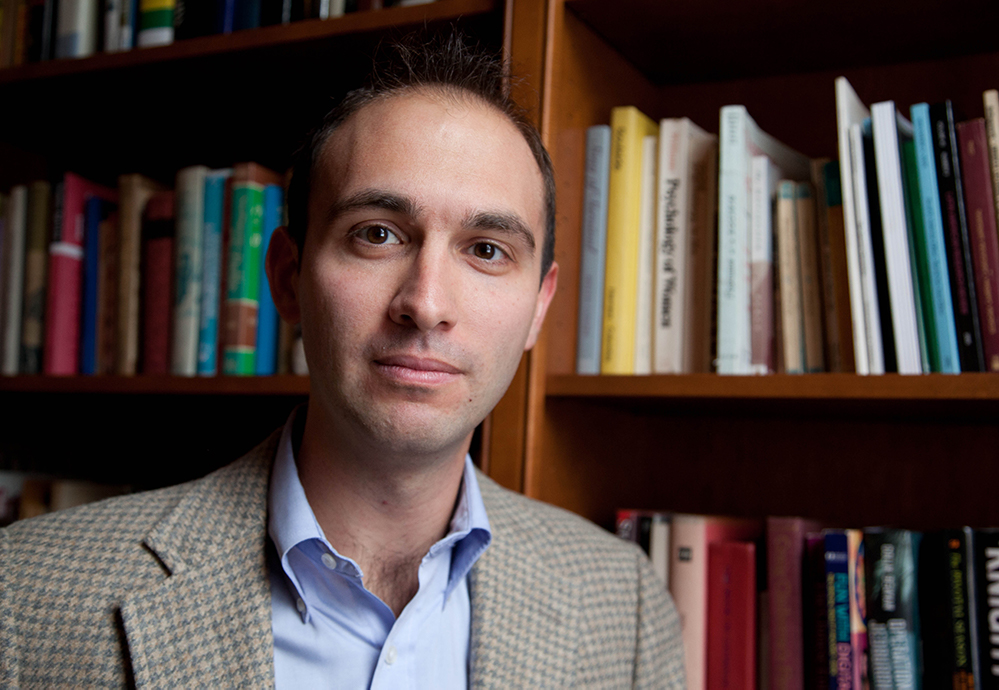 Merle Eisenberg, postdoctoral fellow at the National Socio-Environmental Synthesis Center (SESYNC), published the article 'The Philosophy of Constantine the Philosopher of Nicaea' in Byzantinische Zeitschrift, the world’s most prestigious Byzantine studies journal.

Collaboration on academic research often amounts to long hours and close contact between researchers. Scholars have to do their best to understand the inner workings of their research partner’s mind – how they think about projects and what their strengths and weaknesses are – in an effort to make the union effective and the research process efficient. When these partnerships work well, a symbiosis is achieved, through which researchers push each other toward their goals while working to advance knowledge in their corner of academia.

Dr. Merle Eisenberg, postdoctoral fellow at the National Socio-Environmental Synthesis Center (SESYNC), found that symbiosis while working at Princeton University Library (PUL) with Librarian of Classics, Hellenic Studies, and Linguistics David Jenkins. Earlier this spring, the two published the article "The Philosophy of Constantine the Philosopher of Nicaea" in Byzantinische Zeitschrift, the world’s most prestigious Byzantine studies journal.

Eisenberg first connected with Jenkins as a PhD student at the University in fall 2013.

“I was fortunate to meet Dave through [Associate Professor of History] Jack Tannous,” said Eisenberg. As a course requirement, Tannous asks all of his students to visit Jenkins in the Library. Eisenberg added, “Dave is someone I’ve worked with from the beginning, which is to say before we did this article. Dave and I worked together on various parts of my own research, and he became a valuable resource to me to build networks and build trust.”

The publication arose from the combination of Eisenberg’s historical understanding of the Byzantine period and Jenkins’ knowledge of the era’s primary sources.

“One of the powers Dave has developed is being able to find all these very ancient writings online,” Eisenberg said. “He dug up this unknown, untranslated Ancient Greek handwritten text on philosophy, which is really groundbreaking.” As a primary source, the text provided Eisenberg a starting point from which to better understand the philosopher Constantine.

“Research is all about engaging primary sources,” said Jenkins. “Knowing Byzantine Greek is really the key to how I work with deep researchers like Merle.”

Eventually, Eisenberg convinced Jenkins to bring the text to a wider audience through publication.

“We basically wrote up the article over the summer and submitted it in the fall of 2019,” Eisenberg remembered. “We received a revise and resubmit in February 2020, just before the coronavirus pandemic, which basically says, ‘We like your article and we really want it, but here are the changes we need you to make.’”

The pair resubmitted the article about three months later and saw publication shortly thereafter. All told, the process took about a year and a half, even with disruptions due to the pandemic.

In addition to their friendly working relationship that kept the project on track – the two playfully jabbed each other about their time playing softball or Eisenberg’s distaste for Jenkins’ love of hockey – the Byzantine collections at PUL were integral to their work, as nearly all of the secondary sources they needed were right at their fingertips.

“To do an article like this – to write up and interpret a primary source – you’re using a lot of secondary, scholarly literature,” Jenkins said. “Princeton’s collection for Byzantine studies is outstanding. We were able to quickly access every bit of secondary literature we needed.”

Jenkins added, “The second thing is the human capital here at Princeton related to these areas. I like to say we have five Byzantinists who are on the teaching faculty at Princeton, which is really incomprehensible in the history of the field. Usually a university has zero Byzantinists, so to have five in one institution is really quite remarkable.”

Eisenberg also cited two of their colleagues, Associate Professor of Classics and the Stanley J. Seeger '52 Center for Hellenic Studies Emmanuel Bourbouhakis and Shelby Cullom Davis '30 Professor of European History, Emeritus; Professor of History and Hellenic Studies, Emeritus John Haldon, who supported publication efforts by reading and commenting on drafts of their work. 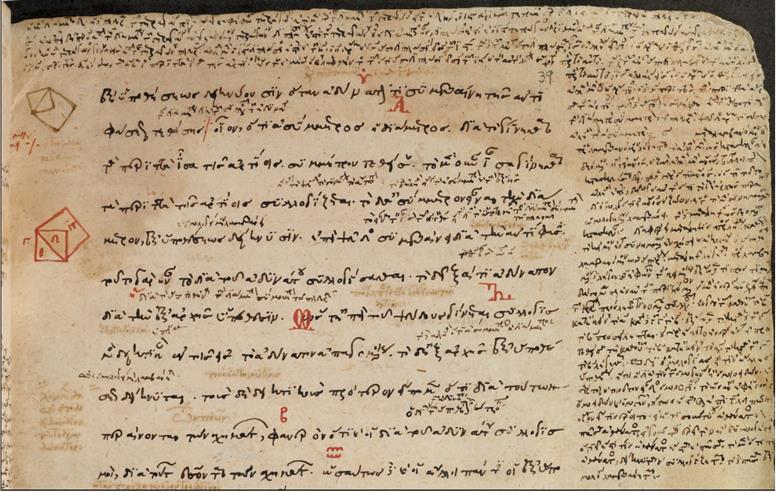 A folio from a Greek manuscript that PUL owns, also a philosophical text, from Aristotle’s Prior Analytics.

“A lot of this is helped out by the wonderful work done by the Seeger Center for Hellenic studies and their ability to bring together these topics,” Eisenberg said. “And Emmanuel and John were really helpful in giving us feedback.”

Both Eisenberg and Jenkins were quick to say that despite their strong working relationship, crafting the finished article did not come easily.

“How do you make an article sound like it’s written by one person? How do you blend the voices of the people participating?” Jenkins asked. “I think that what results from collaboration is generally better than what a single person could come up with, but it wasn’t an easy process for me. I learned about myself, how I write, and what I’m looking for.” 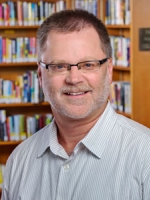 Having conquered this article, Eisenberg and Jenkins are already looking toward their next project.

“There’s another project Dave and I threw around that I wanted to do for a long time,” Eisenberg said. Using manuscript data compiled from the 10th, 11th, and 12th centuries, Eisenberg and Jenkins would create an aggregated database that tracks philosophical changes and developments over time.

“One thing I really want to do is figure out what are the changes in the types of stuff people are reading and writing,” Eisenberg explained. “Why is it that there are more philosophical texts or why are there so many more sermons?”

According to Jenkins, just five years ago accessing even five Greek manuscripts would require sufficient funding and a trip to Europe.

“There are about 50,000 Greek manuscripts that exist today,” Jenkins said. “Almost 14,000 are fully digitized. You can go online, click a link, and see the entire manuscript from page one to page 300. It’s amazing.”

It’s worth noting that while Princeton owns many of the items cited in the Constantine article and for the database, Jenkins’ work at PUL is squarely focused on compiling openly accessible materials.

“I’m only interested in what’s freely accessible,” Jenkins said. “What we’ve seen in the last five years is that institutions that want to monetize access to these manuscripts have started to make them freely accessible. If you make your work openly available online, you get more people who come to your door wanting to see it.”

Eisenberg and Jenkins both contend, however, that even before students make plans for creating databases or finding primary sources, they need to be willing to workshop their ideas with librarians.

Jenkins added that he encourages students to “work up the gumption” to reach out to him.  “When I consult with students it’s not just saying, ‘You should read this book, this book, and that book,’ but instead asking, ‘What’s your idea?’”