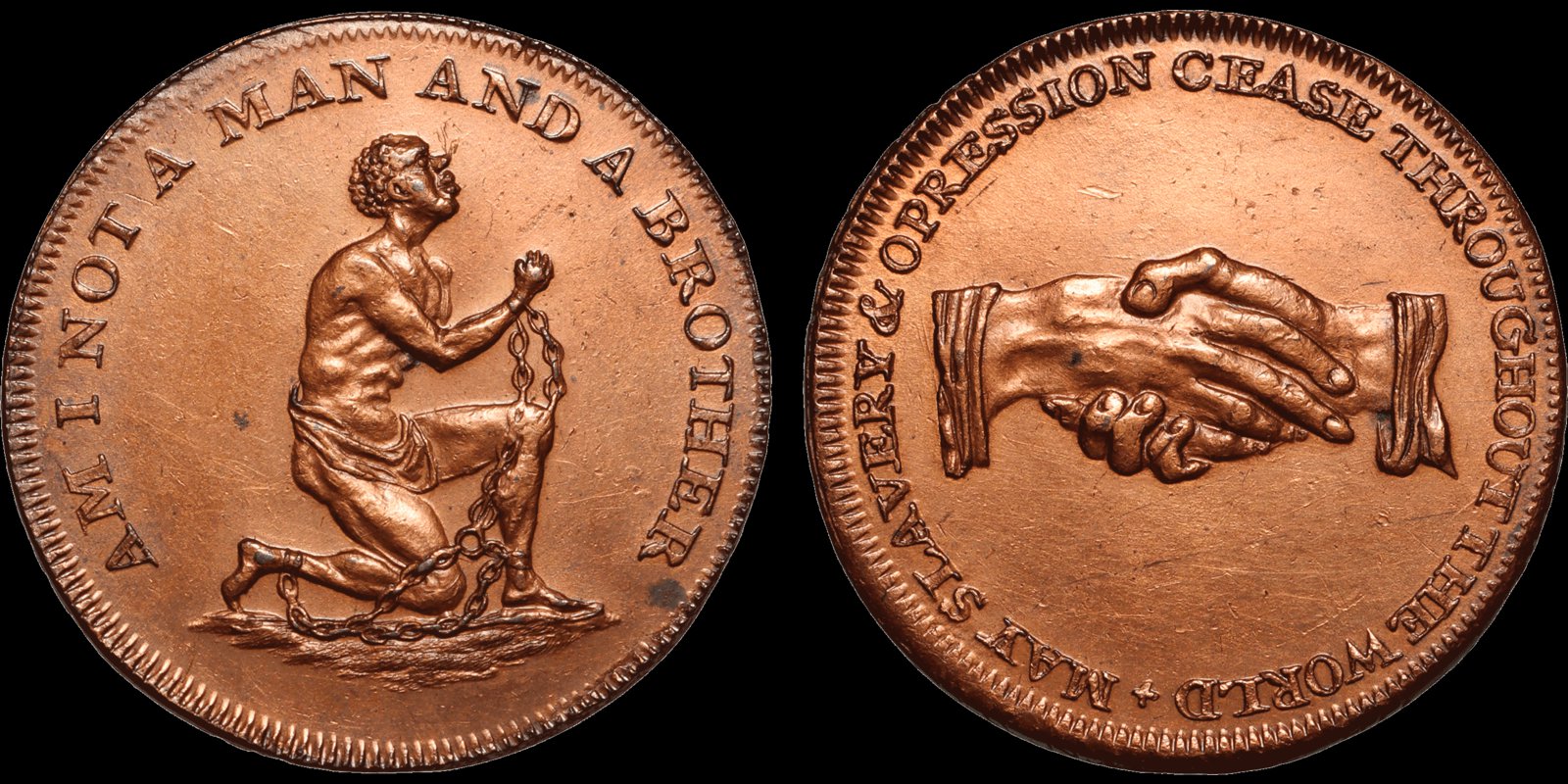 In May 2021, Princeton University Library’s (PUL) Numismatics Collection acquired a rare copper eighteenth-century British token advocating the abolition of the slave trade. According to Curator of Numismatics Alan Stahl, “the token was manufactured by William Lutwyche, who operated a private establishment known as the Soho Mint in Birmingham, England.” Minted circa 1797, the token bears on the obverse the legend “Am I Not a Man and a Brother” and on the reverse “May Slavery & Oppression Cease Throughout the World.”

Stahl noted that this piece, despite being privately minted, was circulated and valued at a half-penny. “This is part of the phenomenon of private tokens used as a substitute for official coinage in periods when the Royal Mint issued only high-denominational coins in precious metals,” he explained.

Though this token was designed by Roger Dixon, the imagery and motif can be attributed to Josiah Wedgwood, an English potter, entrepreneur, and abolitionist who composed the original design for a porcelain medallion he produced for the Society for Effecting the Abolition of the Slave Trade in 1787. Stahl added, “The motif was taken over in America in 1838 with the issue of similar tokens of a class known as Hard Times tokens, and was accompanied by a comparable piece whose legend reads “Am I Not a Woman and a Sister.”

For more information about this collection or to obtain hi-res images of the coins, please contact Alan Stahl, Curator of Numismatics, astahl@princeton.edu.