Molly Greene on 'The Greek World: Before and After 1821'

Please join us on Sunday, July 25 at 3 p.m. when Molly Greene, professor of history and Hellenic studies and director of the Program in Hellenic Studies, will outline the contours of the Greek world from the 15th through the early 20th centuries, a world that is generally little known and which bears only a tenuous relationship to the country we know as Greece. This year is the bicentennial of the Greek revolution, and the lecture will also consider the significance of the events of 1821, what changed and what didn’t change with the establishment of the modern state of Greece. 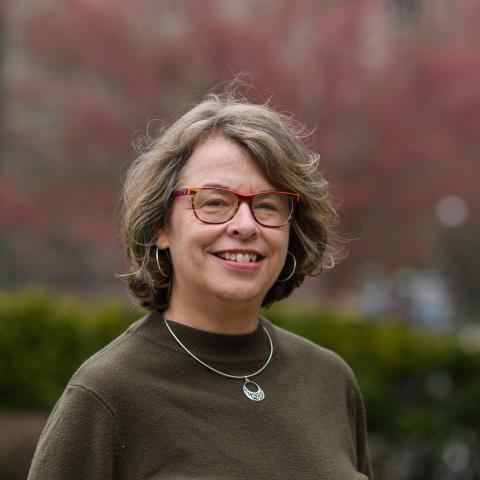 Molly Greene, professor of history and Hellenic studies and director of the Program in Hellenic Studies.

Having spent quite a bit of time dwelling in the Mediterranean, at least metaphorically speaking, she is now working on a project on the Greek mountain world during the Ottoman period.

Professor Greene is professor of history and Hellenic studies, director, at Princeton University. Professor Greene is an historian of the Mediterranean Basin, the Ottoman Empire, and the Greek world with a particular interest in the history of the Greeks under Ottoman rule. She has written three books on this topic: 2015. The Edinburgh History of the Greeks: The Ottoman Empire 1453-1768 (Edinburgh University Press) 2010. Catholic Pirates and Greek Merchants: A Maritime History of the Mediterranean 1450-1700. (Princeton University Press) (Runciman Award, co-winner) The Runciman Award is awarded annually by the Anglo-Hellenic League to a work wholly or mainly about some aspect of Greece or the world of Hellenism, published in English in its first edition in the previous year. 2000. A Shared World: Christians and Muslims in the Early Modern Mediterranean (Princeton University Press)

This event is part of the Friends of the Princeton University Library Small Talks Series held each month on a Sunday at 3 p.m.

Join the Friends of the Princeton University Library. Friends receive a newsletter, two issues of the Princeton University Library Chronicle, and are invited to participate in a variety of activities and events, including exhibition openings, lectures and talks, gala dinners, workshops on topics such as preservation, bookbinding, and print collecting.

To request disability-related accommodations for this event, please contact pulcomm@princeton.edu at least 3 working days in advance.