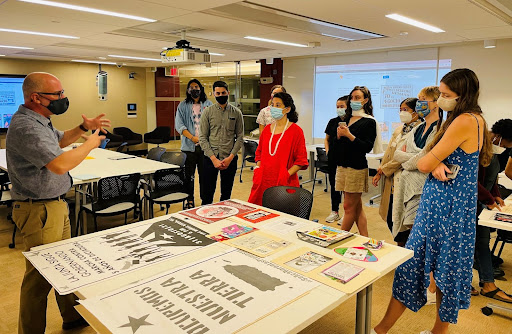 Through his work as Princeton University Library’s (PUL) Librarian for Latin American Studies, Latino Studies, and Iberian Peninsular Studies, Fernando Acosta-Rodriguez is acutely aware of archival silences. This semester, he helped introduce graduate students to materials that fill those silences in PUL’s Special Collections, which included some of the Library’s Latin America Ephemera (LAE) holdings, a collection curated by Acosta-Rodriguez.

Alongside Processing Archivists Kelly Bolding and Phoebe Nobles, Acosta-Rodriguez met Dr. João Biehl and the members of his “Insurgent Archivings: On the Sentient, the Storied, and the Yet To Come” seminar in Special Collections in October. According to Biehl’s syllabus, the seminar poses questions about the weight of history and the refiguration of social life and futurity.

“Professor João Biehl and I have worked together in many different ways over the years,” Acosta-Rodriguez explained. “He is a big fan of our ephemera collection and over the years has asked me to introduce countless students and visiting scholars from Brazil to it.”

Acosta-Rodriguez brainstormed with Biehl about how best to approach the Library’s deep collections. The pair settled on not only showcasing the collections, but also the stories behind them and what happens to them once they arrive at the Library.

“The idea was that learning about concrete library practices would be a good point of departure for the seminar,” Acosta-Rodriguez said.

Current PUL students and researchers like those in Biehl’s class are afforded a very different experience exploring the collections than was possible when Acosta-Rodriguez first started working at the Library in 2003. Originally, ephemera – printed materials originally not intended to be preserved – were stored by theme in boxes, which were then cataloged and microfilmed.

Now, that system has been replaced by a process that catalogs each piece of ephemera into the openly accessible Digital Archive of Latin American and Caribbean Ephemera.

“[The system] has several advantages,” Acosta-Rodriguez touted. “The most obvious one is that anyone with access to the internet has access to the collection. This is particularly important for people in the countries of origin who in the past had virtually no access to our collections.”

He also noted that PUL can provide access to these digitized materials much faster, as the physical process of grouping similarly themed items is no longer a barrier. “In the past, the cycle of grouping thematically related materials and completing their processing would take years. It means that we can, for example, prioritize materials related to a seminar topic or those related to current events of interest,” Acosta-Rodriguez explained.

The materials Acosta-Rodriguez showed Biehl’s seminar ranged not only in the topics they covered, but the manner in which they were gathered.

One item that was popular among the class was the “Codex Aubin,” which is part of the Robert Garrett Collection. It’s a manuscript copy of the drawings and the Nahuatl text that chronicles Aztec history from the Valley of Mexico. 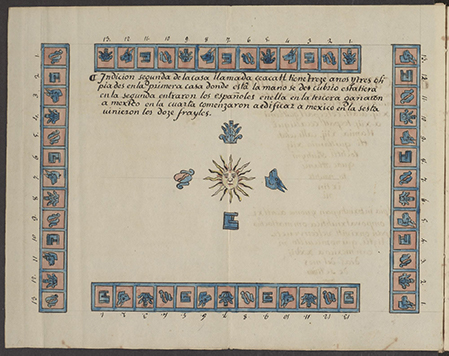 A foldout from the Codex Aubin.

Garrett, a Princeton alum, donated the codex in 1949, seven years after he donated the bulk of the items which comprise his named collection. These materials arrived at PUL more traditionally; Garrett acquired them from a linguist, William Gates, and subsequently gave them to Princeton to archive.

Alternatively, collections like the “PUL Collection of Mucker Materials” (1840-1977), are purchased.

These materials were kept for over a century in German-Brazilian households of Mucker descendants. Throughout the 20th century the Argentinian psychiatrist and private collector Juan Kern de Elissondo gathered these items, which his family then gave to local historian and folklorist Elma Sant’Ana.

Still other collections, like “Chile, moviemiento de oposicion y actividades de protesta (1984-1986),” were compiled and sent to PUL by a participant in political opposition movements and protests called Armando Gajardo. To safely get the materials to Princeton, he collaborated with then Princeton student and now School of Public and International Affairs Visiting Faculty Eduardo Bhatia to preserve it in the LAE archives.

“Archives often consist of documents produced and received by institutions, such as government bodies, or by prominent individuals,” Acosta-Rodriguez said. “The Latin American Ephemera Collection seeks to capture and preserve popular and alternative voices that aren’t found among traditional archives.”

A second-year graduate student in the Anthropology department, Alisa Sopova originally took Biehl’s seminar because it was a requirement for first- and second-year students, but said that the course had a greater impact on her than she thought it would.

Before she arrived at Princeton University, Sopova was a journalist in eastern Ukraine covering the war, and was no stranger to stifled voices. 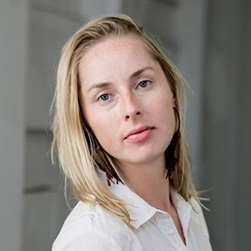 “When the war started in 2013, I noticed things that the media wasn’t covering,” Sopova said. “The media just shows up quickly and covers the most dramatic things — people dying and buildings collapsing. But I was noticing more about everyday life, how people were adapting and adjusting to these crazy, absurd things that were happening.”

Sopova quickly realized that she couldn’t cover everyday life during wartime as a journalist so she began looking for an outlet that would let her pursue these issues. In 2016, she received a journalism fellowship at Harvard University, which further introduced her to academia and led her to enroll in Princeton’s Department of Anthropology to study the civilians in the warzone in Ukraine.

“I learned that social sciences in the US work differently from those in Ukraine,” Sopova said. “Here I could really address my interests through my studies and field work.”

The Library visit gave Sopova a new perspective. “People who study history work with archives all the time, but it's not as mainstream for anthropologists to do so,” Sopova said. “For me, this class marked the second time in my life that I worked with archival material.”

Though the materials Acosta-Rodriguez showed Sopova and her classmates were far from her field of interest, the presentation sparked an idea. What if she created an opportunity for people to express their views of the war through Ukrainian ephemera?

After visiting PUL, Sopova connected with Slavic, East European, and Eurasian Librarian Thomas Keenan, with whom she shared some of the items she had collected during her time as a journalist. She was also quick to clarify that she’s interested in preserving these items so that people could experience them firsthand, and not in a museum.

“When you are in a museum setting you perceive items very differently,” Sopova explained. "They are there on display behind the glass, but when you see a book like the 'Codex Aubin' that someone hand painted two or three hundred years ago and you can touch it, the item becomes that much more impressive.”

In addition to hearing from Acosta-Rodriguez, Biehl’s seminar also met Bolding and Nobles, who specialize in describing the archival collections and accessioning new archival acquisitions.

“It’s often the case that “The Archive” gets discussed a lot in a theoretical sense within academic contexts without actually considering the scholarship or perspectives of archivists, the people who actually do the labor of maintaining archives,” Bolding explained.

Bolding and Nobles work with the Inclusive Description Working Group (IDWG) within PUL’s Archival Description and Processing Team (ADAPT). Formed in May of 2019, the group set out to attempt to locate offensive descriptions of archival material, provide context for content that may be original to a collection, and to generate descriptions that are respectful to the individuals and communities who create, use, and are represented in archival collections.

With Biehl’s seminar, Bolding and Nobles discussed the role of bias in archival work, as well as the ethics of collecting and creating descriptions. “The reason we like to present to classes about our work is not to pat ourselves on the back for making some initial steps towards equity in description. It’s really about disabusing students of the idea that archival description is some static and untouchable thing done by ‘experts’ that can never be changed,” said Bolding.

Both Acosta-Rodriguez’s work with ephemera, as well as Bolding and Nobles’ duties with ADAPT add up to a constantly evolving process that seeks to represent history as fairly and accurately as possible. “We want students to understand that archives are fluid and ever-changing, and we want to empower them to engage in the archival process to help shape the future of the historical record,” Bolding said.

She added, “No one can be an expert in everything, and we need a wide variety of people with different perspectives and lived experiences involved if we want to ensure we represent the underrepresented and have an equitable archive.”