In September 2021, Princeton University Library (PUL) welcomed Jennifer Garcon as the new Librarian for Modern and Contemporary Special Collections. Prior to joining Princeton, Garcon was at University of Pennsylvania, first as the Council on Library and Information Resources’ Bollinger Fellow in Public and Community Data Curation, and later as their Digital Scholarship Librarian. Garcon began her career as Collection Development Specialist at HistoryMiami Museum, and was soon promoted to Assistant Curator, where she worked to curate archival exhibits that responded to current social and political issues. Simultaneously, she worked as a Research Associate for the Radio Preservation Taskforce at the Library of Congress.

Garcon earned her master’s degree at Hunter College and her PhD in history at the University of Miami, where her dissertation, “Haiti’s Resistant Press in the Age of Jean-Claude Duvalier, 1971–1986,” explored the role of the oppositional news media in the overthrow of a 30-years long dictatorship. 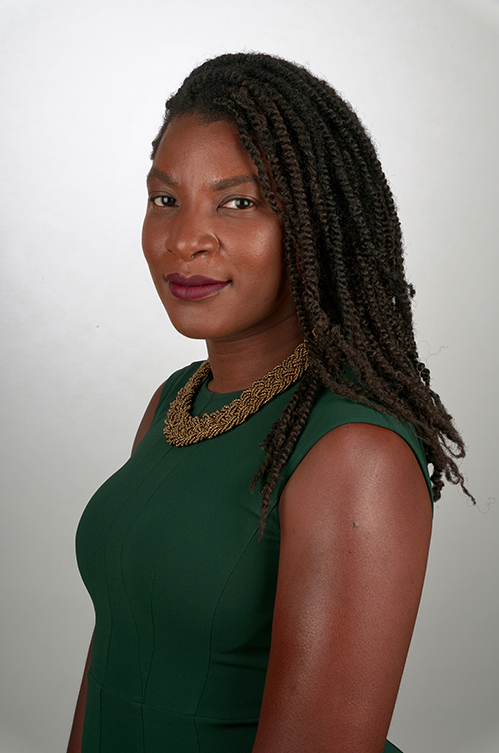 Can you tell me about your role as Librarian for Modern and Contemporary Special Collections?

I am in charge of the collection, curation, and care for 20th and 21st century materials. That includes books, manuscripts, graphic arts, as well as other kinds of visual and archival material from that time.

Is there a specific area of this role that you're particularly drawn to?

I'm a Cold War political and cultural historian, and during the course of my own work, I found that existing archives very frequently cover earlier historical periods. It's just now that we're thinking about this 20th and 21st century moment. There's a lot of excitement galvanizing around this period and it presents a really excellent opportunity.

Imagine the kinds of future scholarship made possible by collecting documentation of our current lived experience. Thinking 50 or 100 years out — what will scholars be thinking about? What kinds of questions will they be asking, not only those particular to their disciplines but also about the time period that we're currently living through? In the last two years alone, globally we’ve experienced several events that have been described as “unprecedented.” What kind of breadcrumbs are needed to fully study ‘the year 2020,’ for instance, in a century? What about the 1970s or 1980s movement of political thought?

My job is therefore to think critically, analytically, and expansively about what researchers might need in terms of the archive, in terms of rare books and manuscripts. Critical analytical work over a 100-year period is pretty exciting. And I think it can be really generative if you do it in a collaborative way.

Are there any pieces in our collection that you're particularly fond of?

I've spent a lot of time in the collection itself, and it is so incredibly robust. There are so many amazing kinds of gems it’s hard not to get giddy. My favorite thing is to ask my colleagues to give me their own personal tour of the Special Collection; you find the most unique and unconventional items that way. A few weeks ago, we pulled James Baldwin’s signed copy of Maya Angelou’s “A Raisin in the Sun” for a class. Could you imagine the kinds of conversations they might have had? – Just so much history in that one item.  Most recently, in preparation for an upcoming exhibition, I’ve appreciated spending time with Toni Morrison’s archive and getting a sense of her thoroughly documented artistic and creative practice.

Could you tell us about your background as it relates to librarianship?

So, I am a historian of Cold War and Latin American grassroots movements, and my dissertation was focused on Haiti. Because of political, social, and environmental reasons, it was difficult to find traces of everyday people in the existing archives. I began looking at vernacular in radio and print in hopes of understanding how regular people articulated their dissatisfaction with dictatorship. I found that because of the use of the local language (Haitian Kreyòl), radio and print became powerful and widely accessible levers of political agency. People used these mediums to not only connect with one another, but to effectively challenge authoritarian rule.

This was my entry point to librarianship because so much of the materials I ended up needing to tell this kind of history were not held in traditional archival repositories. Rather, they were privately held in people's individual collections. During the course of my dissertation, I found myself doing a lot of the archival processing work to get some of these materials in a shape where I could incorporate them into my dissertation. I was lucky enough to meet and learn from trained archivists, who ultimately helped me along in this endeavor. It was through networking and partnership-building that I was able to piece together this history; and it would not have been possible without the people who were really invested and engaged in making sure that material survived.

What type of students and researchers do you try to serve in this role?

I think anyone who comes in with a question, really. In general, I think it’s pretty fun to ask the collection a question, and see what happens. The thing is, it would be impossible to know what direction research in the collection will lead you in because the holdings are so vast, and the possible questions so varied. It's as much of a puzzle as anything else–and I love a really good puzzle. And so, I think anyone who has a question and who wants to see what kind of answers they can get.

What does it mean to be a woman of color in this position?

I think it's really important in large part because of the moment that we're looking at – the 20th and 21st century. It’s when the Harlem Renaissance happens, and quite literally transforms culture internationally. The Negritude movement, Black Arts movement, Black Power movement; the rise of Pan Africanism. Liberation movements in Algeria and Apatride in South Africa, the Cold War and the rise of Facism in Europe and the Caribbean. Most recently, you have climate gentrification, indigenous rights movement, BLM — all of that happens in this particular moment.

I think it would be easy to see all of these historical flashpoints as disconnected and distinct, but from my vantage point – as a woman of color – they are necessarily interconnected by global social, political and economic systems. You can find the thread that knits them together by looking closely at the lived experiences of everyday people during these moments. These are often the viewpoints traditionally either missing from, or hidden within, the archive. The trick therefore is to represent those experiences (and their varied perspectives) in a way that is both proactive and intentional–in a way that is multifaceted, anti-racist and representative of the creators of these archival materials.

It's really exciting to be doing this work at Princeton in large part because my Special Collections colleagues, especially those on the Archival Description and Processing Team, have already been engaged in and are thinking about how to do this work, and have been creating and sharing resources. I feel very fortunate to be developing and diversifying the archive as part of a team.

What are your goals for your first year at PUL?

What I would like to do is develop a vision that will then guide the way that collecting is done in this area so that it's both responsive to the interests of scholarship, but also is thinking about how to come ask those questions from angles that include various kinds of perspectives, like the generational, ecological, and social changes that are happening.