Inside the Milberg Gallery: Alchemical Eruptions

The following is the first in a series of inside looks at the current exhibition in Princeton University Library’s Ellen and Leonard Milberg Gallery at Firestone Library, “Through a Glass Darkly: Alchemy and the Ripley Scrolls 1400-1700.”

In seventeenth-century Italy, the trembling earth invoked both terror and opportunity. No-one knew this better than Athanasius Kircher (1602-1680), a Jesuit professor at the Roman College. In 1638, he climbed down into the crater of Mount Vesuvius to divine the secrets of the earth. In a later treatise, the "Mundus Subterraneus" (1665) or “Subterranean Earth,” he gives us a taste of his literary self-portrayal—beginning with his heroic descent into the volcano as the fiery fumes start to rise and envelop him.1 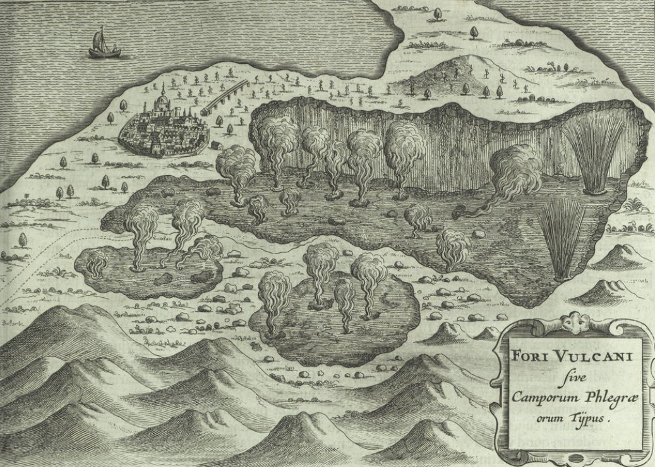 One of the most seismically active countries in Europe, Italy was continually plagued by earthquakes and volcanic activity. Like others, Kircher interpreted these disasters as signs of God’s wrath, but his deeper interests lay in the natural causes of these phenomena. His "Mundus" was a work of natural philosophy in two volumes, each made up of 12 books, and each book dealing with an earth-related topic: the formation of valleys and mountains, the origins of lakes and rivers, the growth of minerals and metals, the nature of fossils, as well as the causes of earthquakes and volcanic eruptions.

What is less-known about Kircher’s "Mundus" is that it also included a book on alchemy, which is currently on display in Princeton University Library's "Through a Glass Darkly" exhibition.

Why alchemy? Kircher’s inclusion of alchemy, the pre-modern art of experimenting with matter through chemical means, signaled his desire to engage a field of ambiguous reputation for his earth-related studies. It is striking that Kircher’s vision of the earth—as a subterranean network of passages heated by a “central fire” (ignis centralis)—worked as a simile for a planet-sized alchemical furnace. 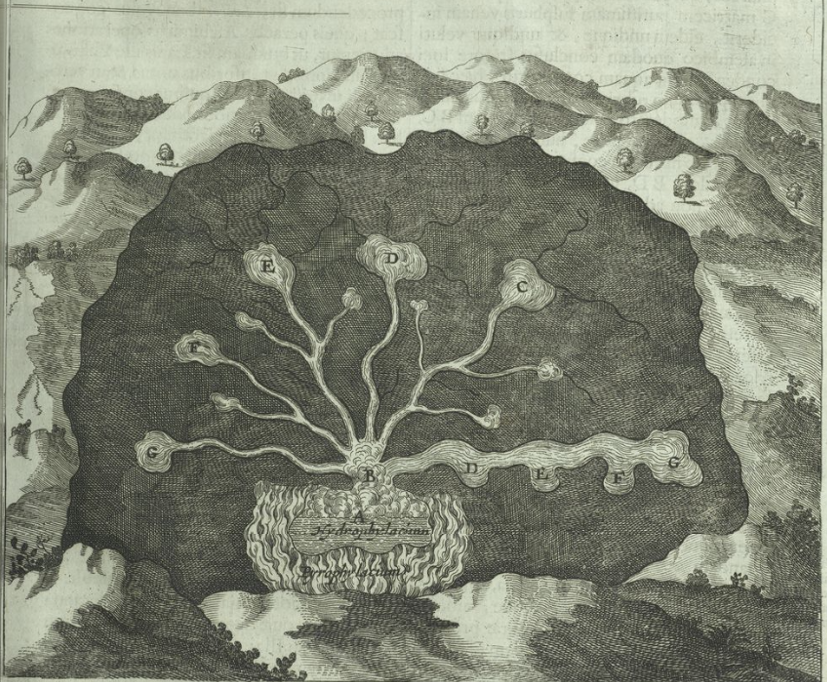 In Kircher’s words, the passageways inside the earth comprised “innumerable furnaces and vessels” in which natural substances “dissolved,” “calcinated,” “coagulated,” “putrefied,” and “fermented.”2 The operations continually taking place within the earth were here clearly described using the vocabulary of alchemy; it would be a mistake to view these as mere metaphors.

In his chapter on “furnaces, vessels, degrees of heat, and other chymical operations”, Kircher elaborated on his interest in alchemical practices.3 Building on medieval and Paracelsian alchemy, Kircher laid out how mixing together mercury, sulfur, and salt within a furnace would yield diverse metals which could also be found inside the earth. Moreover, he explored how alchemical distillation created vapors, fumes, and other types of exhalations that were associated with the earth.4 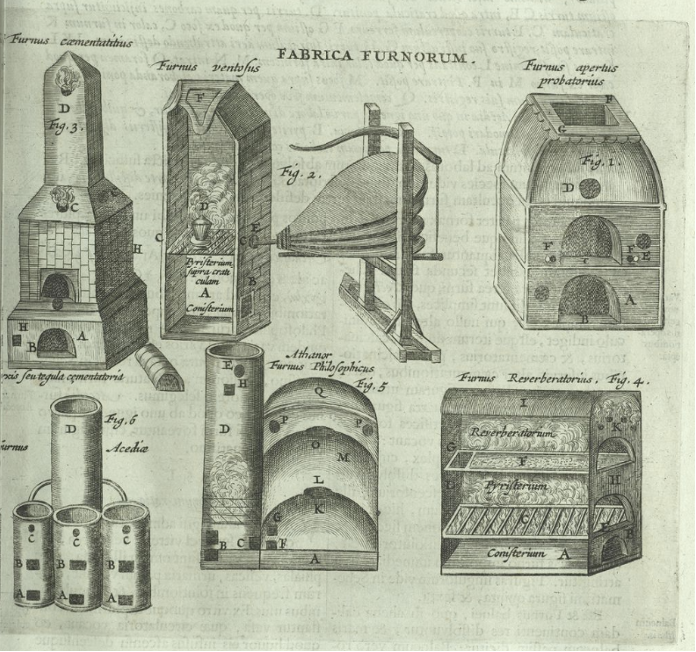 Kircher’s relationship to alchemy has left scholars puzzled.5 To be sure, he attacked as potentially demonic the process of transmutation—the procedure by which alchemists attempted to convert base metals into gold.  However, Kircher was sympathetic to other aspects of alchemy. For example, he praised the role of alchemical distillation in the preparation of remedies and his vision of the Earth’s formation drew heavily on concepts within Paracelsian alchemy.6

Kircher’s interest in alchemy also helped him to make sense of volcanoes. What kind of process was a volcanic eruption? This was a question Kircher answered by drawing on alchemy. When he climbed into the fuming crater of Mount Vesuvius, he recalled smelling the “intolerable stench of sulfur and burning bitumen” (intolerabili sulphuris et bituminis ardentis mephiti).7 When Vesuvius finally erupted, he described the ensuing process as a series of alchemical transformations:

Kircher had recreated the outpouring of molten rock by breaking it down into its alchemical constituents.

Finally, Kircher took an interest in the history of alchemy. As the “Through A Glass Darkly” exhibition illustrates, alchemists were trying to establish the origins of their practices. Kircher denied the claim by some that the father of alchemy was the biblical Adam, an honor usually reserved for astronomy. Instead, Kircher traced the name of the discipline, Al-Chimia in Arabic, back to Chami (Ham), the son of Noah who repopulated Egypt after the great Flood.9 For Kircher, this piece of etymological evidence was sufficient to show that the ancient Egyptians had practiced alchemy. Yet he complained that many ancient authors made no mention of alchemy in their writings. Finding only textual scraps, Kircher relayed individual anecdotes, for example the Roman emperor Caligula attempting to turn orpiment (a yellowish mineral) into gold by boiling it. For Kircher, alchemy was mainly a product of medieval practitioners—Arnaldus de Villa Nova, Raymond Lull, and others—who had substantiated it into an art.10

While Kircher has often been portrayed as a critic of alchemy, his "Mundus Subterraneus" incorporated a variety of traditions, mixing medieval alchemy with Aristotelian natural philosophy. The resulting amalgam of traditions embodies the kind of syncretism that is so hard for historians to capture. In Kircher’s work, alchemy intermingles with many forms of natural knowledge, dissolving into the overall mixture, yet at times bubbling up again at the surface.

Written by: Jeremy Robin Schneider. Jeremy Robin Schneider is a Ph.D. candidate in history of science at Princeton University. His dissertation is a history of fossil ammonites from the sixteenth through the nineteenth centuries, tracing how an odd assortment of “stones” were turned into the remains of a lost world, absent from written records and vanished off the face of the earth.