SFPUL reflects on “Through a Glass Darkly” exhibition 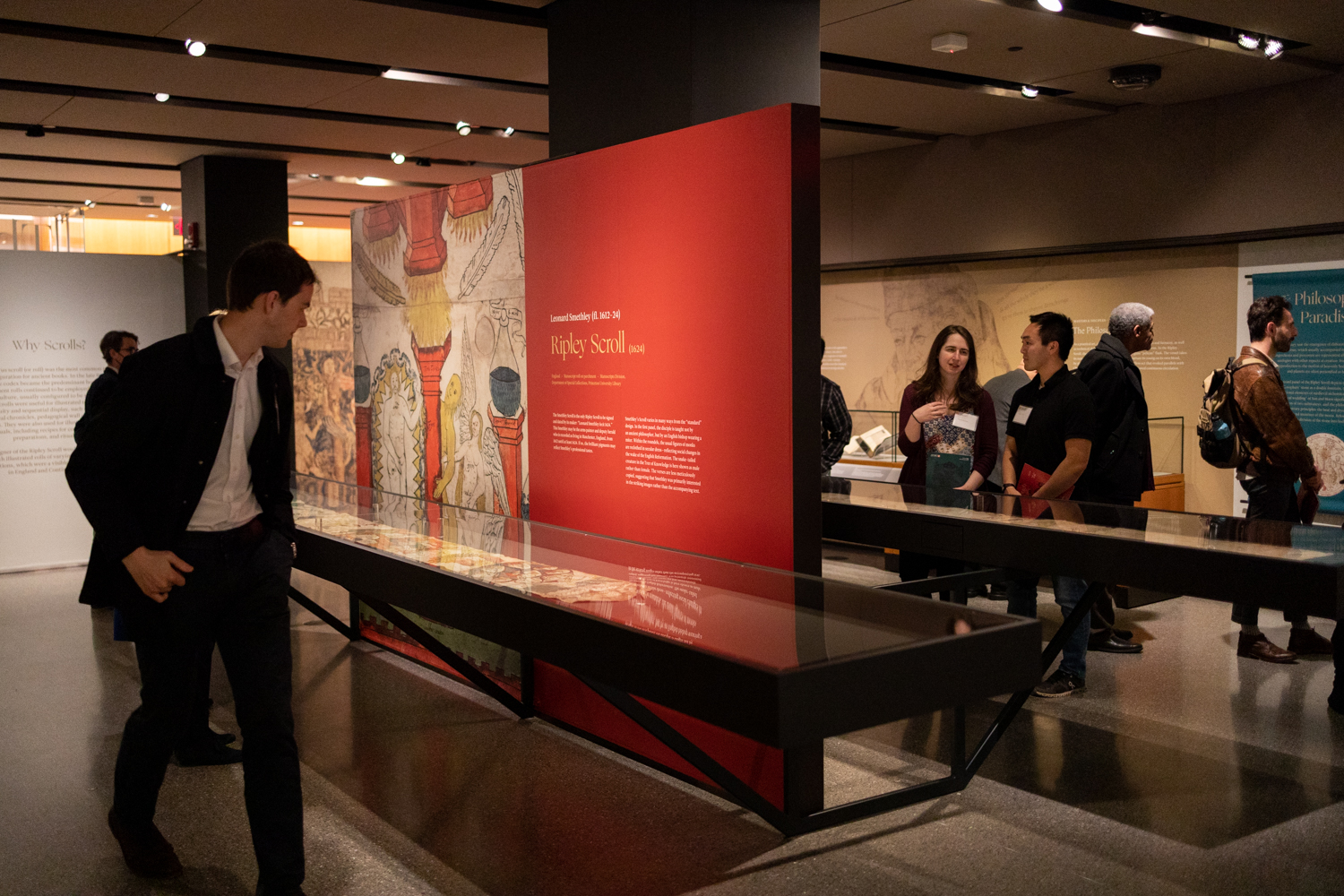 Members of the Student Friends of Princeton University Library (SFPUL) received a private tour of the exhibit “Through a Glass Darkly: Alchemy and the Ripley Scrolls 1400-1700” on Friday, April 8.

Led by exhibition curator and Associate Professor of History Jennifer Rampling, the tour provided the Student Friends an in-depth look at the materials, which include two of the surviving 23 scrolls.

Two of SFPUL leaders, Kasia Krzyzanska and Kurt Lemai-Nguyen shared their thoughts on the exhibition.

I thought it was a very interesting tour, especially since the study of alchemy has not changed over all these years. We still look at the same scrolls and texts to try to understand what their authors are saying. As the exhibition's curator, Professor Jennifer Rampling, put it, the main difference between her and an alchemist is that she doesn't believe she can produce the philosophers' stone.

As a physics student, I also appreciated the glimpse into what early scientific research looked like in medieval times. In a way it is comforting to know that applying for research grants is not just a common experience, but a historic one. Overall, the exhibit was a really fascinating display of art, history, and science.

Seeing the exhibition was an incredible way of navigating the Ripley scrolls. When we first saw the scrolls, they were incomprehensible but beautiful images and symbols to us, making us feel as if we'd stumbled upon some lost scroll of secret knowledge. By going through the exhibition and seeing each component of the scroll dissected with more context, we slowly put together the puzzle of its past, really giving a strong sense of exploration and discovery.

It was especially exciting to see what physical objects the scroll was depicting from the different alchemic tools to the compounds used in the processes. The event was very insightful, as I learned lots about the history of alchemy and walked away with a newfound respect for those who help to start the basis of chemistry.