Fifteen-year-old Ari Mendoza is an angry loner with a brother in prison, but when he meets Dante and they become friends, Ari starts to ask questions about himself, his parents, and his family that he has never asked before. 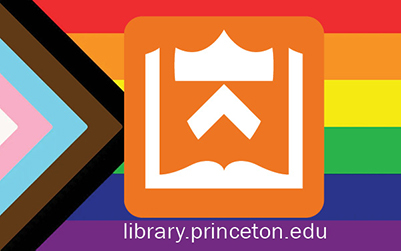 The Picture of Dorian Gray by Oscar Wilde

Wilde's first and only published novel recounts the story of handsome Dorian Gray who upon having his portrait painted desires that it will age and grow ugly while he may remain eternally beautiful. The painting, which reflects each of Gray's sins and transgressions in its hideousness, haunts him until it finally becomes unbearable. In this dark tale of duplicity and mortality, Wilde creates a world where art and reality collide. This novel is also available to read freely through the Gutenberg Project.

Ocean Vuong is a Vietnamese American poet, essayist and novelist. Vuong is a recipient of the 2014 Ruth Lilly/Sargent Rosenberg fellowship from the Poetry Foundation, a 2016 Whiting Award, and the 2017 T.S. Eliot Prize for his poetry. In his poems, he often explores transformation, desire, and violent loss.

House in the Cerulean Sea by TJ Klune

An enchanting story, masterfully told, The House in the Cerulean Sea is about the profound experience of discovering an unlikely family in an unexpected place--and realizing that family is yours.

The Seven Husbands of Evelyn Hugo by Taylor Jenkins Reid

In this entrancing novel “that speaks to the Marilyn Monroe and Elizabeth Taylor in us all” (Kirkus Reviews), a legendary film actress reflects on her relentless rise to the top and the risks she took, the loves she lost, and the long-held secrets the public could never imagine. Also available as an audiobook.

Alan Downs is a clinical psychologist and the bestselling author of seven books. His work is acclaimed internationally and has been published in over 27 languages. He is a frequent media commentator on the psychology of gay men. In “The Velvet Rage,” psychologist Alan Downs draws on his own struggle with shame and anger, contemporary research, and stories from his patients to passionately describe the stages of a gay man's journey out of shame and offers practical and inspired strategies to stop the cycle of avoidance and self-defeating behavior.

Sarah Waters is the New York Times–bestselling author of The Paying Guests, The Little Stranger, The Night Watch, Fingersmith, Affinity, and Tipping the Velvet. She is best known for her novels set in Victorian society and featuring lesbian protagonists.

From Google Books: Having true international appeal, James Baldwin was as well known in Istanbul and Paris as he was in Harlem. His reputation was made on incendiary and eloquent essays written and published to mass acclaim in the late 1950s and early 1960s as well as a trio of early novels dealing with racism, sexuality, violence, and religion. Among his lauded works are “Go Tell It on the Mountain”, “Notes of a Native Son”, and the controversial “Giovanni's Room.”

With help from an orphaned pickpocket (Kim Tae-ri), a Korean con man (Ha Jung-woo) devises an elaborate plot to seduce and bilk a Japanese woman (Kim Min-hee) out of her inheritance. Adapted from Sarah Waters’ “Fingersmith.”

Megan (Natasha Lyonne) considers herself a typical American girl. She excels in school and cheerleading, and she has a handsome football-playing boyfriend, even though she isn't that crazy about him. So she's stunned when her parents decide she's gay and send her to True Directions, a boot camp meant to alter her sexual orientation. While there, Megan meets a rebellious and unashamed teen lesbian, Graham (Clea DuVall). Though Megan still feels confused, she starts to have feelings for Graham.

France, 1770. Marianne, a painter, is commissioned to do the wedding portrait of Héloïse, a young woman who has just left the convent. Héloïse is a reluctant bride to be and Marianne must paint her without her knowing. She observes her by day, to paint her secretly. 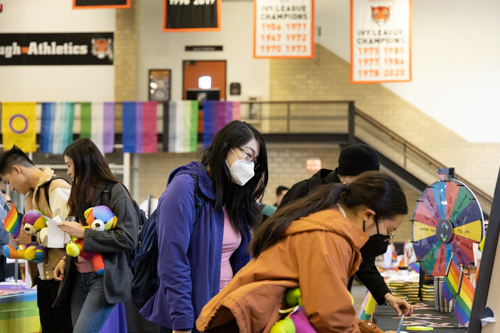 In 1963, rodeo cowboy Jack Twist (Jake Gyllenhaal) and ranch hand Ennis Del Mar (Heath Ledger) are hired by rancher Joe Aguirre (Randy Quaid) as sheepherders in Wyoming. One night on Brokeback Mountain, Jack makes a drunken pass at Ennis that is eventually reciprocated. Though Ennis marries his longtime sweetheart, Alma (Michelle Williams), and Jack marries a fellow rodeo rider (Anne Hathaway), the two men keep up their tortured and sporadic affair over the course of 20 years.

After hearing that her boyfriend/pimp cheated on her while she was in jail, a transgender sex worker and her best friend set out to find him and teach him and his new lover a lesson.

It's the summer of 1983, and precocious 17-year-old Elio Perlman is spending the days with his family at their 17th-century villa in Lombardy, Italy. He soon meets Oliver, a handsome doctoral student who's working as an intern for Elio's father. Amid the sun-drenched splendor of their surroundings, Elio and Oliver discover the heady beauty of awakening desire over the course of a summer that will alter their lives forever.

In this reboot of the 1980s original, a magic sword transforms an orphan girl into warrior She-Ra, who unites a rebellion to fight against evil.

I Told Sunset About You / I Promised You the Moon is a Thai romantic drama coming-of-age series by Nadao Bangkok. It stars Putthipong "Billkin" Assaratanakul and Krit "PP" Amnuaydechkorn as teenage boys Teh and Oh-aew, and explores their relationship as they come to terms with identity, teenage angst, and love.

Aaron Davis (Steve Sandvoss), a young Mormon, arrives in Los Angeles with three fellow missionaries to evangelize. The group's promiscuous gay neighbor, Christian (Wes Ramsey), makes a bet he can seduce and sleep with one of them, and his flirtatious ways help Aaron realize he is actually gay. Returning home to small-town Idaho in shame, Aaron is sent to a faith-based center to be cured of his homosexuality -- while Christian, who's fallen in love with him, desperately tries to find him.

At the end of the 19th century, Ignacio de la Torre married the daughter of the president of Mexico, Porfirio Díaz. Ignacio leads a double life: he rises in the traditional world of politics while being a member of a clandestine society.