Inside the Milberg Gallery: John Doar ’44 - His Life and Papers

The following is the fifth in a series of inside looks at the current exhibition in Princeton University Library’s Ellen and Leonard Milberg Gallery at Firestone Library, “Records of Resistance: Documenting Global Activism 1933 to 2021.” Curated by Fernando Acosta-Rodriguez, Ellen Ambrosone, Will Clements, David Hollander, and Gabrielle Winkler, this new exhibition captures continuity and change in practices of protest and activism in diverse geographic contexts and around issues that may be particular to an area or of universal concern.

The following is authored by Will Clements, Public Policy Papers Archivist.

The photographs of the Selma-to-Montgomery March of 1965 were selected from the John Doar Papers, housed at the Seeley Mudd Manuscript Library, which is a division of PUL Special Collections. The exhibit focuses on photographs of the protestors, but who was John Doar?

An attorney who prosecuted discrimination and segregation cases for the Justice Department during the civil rights movement, Doar also headed the committee that drafted the articles of impeachment against Richard Nixon following the Watergate scandal and was president of two organizations in New York City: the New York City Board of Education, which oversaw the city's public school system, and the Bedford-Stuyvesant Development and Services Corporation, the business arm of a development company in Brooklyn.

Doar was born in Minneapolis, Minnesota in 1921 and raised in New Richmond, Wisconsin. He attended Princeton University for his undergraduate studies and majored in the School of Public and International Affairs. After graduating from Princeton University in 1944, Doar studied law at the University of California, Berkeley, earning his law degree in 1949.

Following his graduation from law school, Doar returned to New Richmond and worked in private practice with his brother and cousin for the firm Doar and Knowles. The Department of Justice offered him a position in July 1960, where he initially served as Special Assistant to the Attorney General. In October, Doar joined the Justice Department's Civil Rights Division, the institution tasked with enforcing the Civil Rights Acts of 1957 and 1960 (and later the 1964 Civil Rights Act and 1965 Voting Rights Act). He started in the Division as First Assistant to the Assistant Attorney General, serving first under Harold Tyler (1960-1961) and then under Burke Marshall (1961-1964). In 1962 Doar escorted James Meredith onto the segregated University of Mississippi campus to ensure that Meredith would be allowed to register, and later prosecuted Mississippi's governor, Ross Barnett, for denying Meredith's admission. 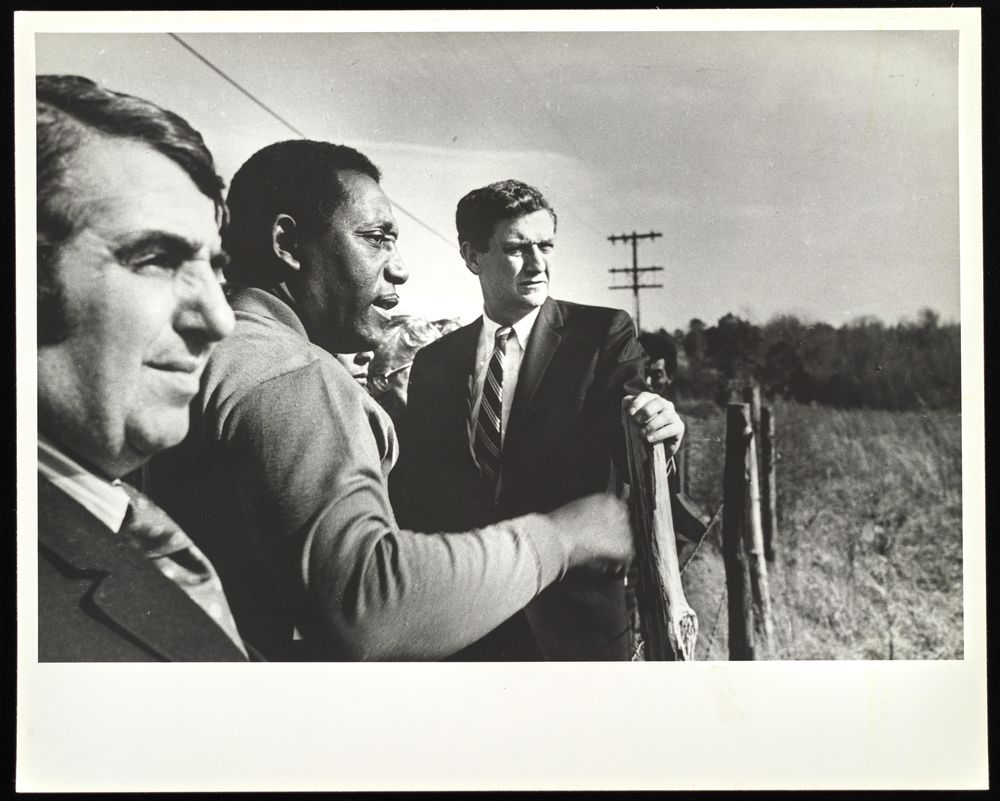 Doar was sworn in as Assistant Attorney General for Civil Rights on April 22, 1965, making him head of the Civil Rights Division, a position he held until his resignation in December 1967. During his time at the Civil Rights Division, Doar was involved in a number of other highly publicized cases and events of the civil rights movement, such as United States v. Price (commonly known as the "Mississippi Burning" trial) and the Selma-Montgomery marches of 1965.

While Doar was not personally present at Selma on the initial march in 1965, he was involved in planning the final march, and preceded the marchers into Montgomery. Although the exact provenance of the photos on display in Records of Resistance is unknown, library staff surmise that they were used by Doar’s office to identify assailants among the state troopers and possemen.

At the request of Robert Kennedy, Doar became president of the Bedford-Stuyvesant Development and Services Corporation in 1967, an organization Kennedy had co-founded to help revitalize the Bedford-Stuyvesant neighborhood in Brooklyn. Doar also joined the New York City Board of Education in 1968, during a period in the history of New York City's public schools that was characterized by increasing attempts to decentralize power over the school system and give more direct control over the schools to local communities. Doar's tenure on the Board of Education ended in May 1969, after the Board was dissolved by a state decentralization law.

Doar resigned from the Bedford-Stuyvesant Development and Services Corporation in 1973. In December of that same year, he was appointed chief counsel to the House Judiciary Committee, the group which would oversee the Watergate hearings. As head of a special impeachment inquiry committee, Doar led a team that conducted its own investigations into the charges made against Richard Nixon and drafted articles for his impeachment.

After Nixon's resignation in August 1974, Doar returned to New York and entered into private practice. He opened the firm Doar Rieck Kaley and Mack, where he remained active into his 90s. Doar also served as a trustee of Princeton University from 1969 to 1979. President Barack Obama awarded him the Presidential Medal of Freedom in 2012.

This article was adapted from the biographical note in the John Doar Papers finding aid. The papers can be accessed by Princeton-affiliated students and staff, but Mudd is also open to the general public. The Mudd Library Reading Room is open from 9 a.m. to 4:45 p.m. Monday-Friday.

The exhibition will run from September 7 through December 11, 2022. It is open daily, Mon-Fri from 10 a.m. to 6 p.m., and from 11 a.m. to 6 p.m. on Saturdays and Sundays. Guided tours are available. Please note Princeton University's current visitors policy.