Princeton University Library (PUL) has collected more than 20 items from the 19th century documenting free Black communities that are now available for digitization requests. The items, which include coverage of the Reconstruction era and its labor conditions, are some of the few pieces of documentation about the communities from that time.  Among them are ledgers documenting the receipts and payments of country stores, taverns, mills, and farming enterprises whose employees and customers included free Black people. 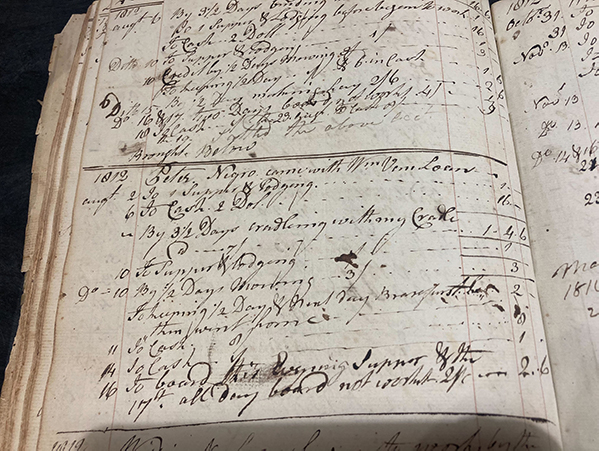 Page from Hogeboom of “Peter the Negro.” Given the lack of a surname this was probably an enslaved person who was either “rented out” by his enslaver or was allowed to work for wages when he could. Photo credit: Alexis Antracoli.

“Dan Casavant, a rare book dealer, approached me unprompted, but I was immediately intrigued by his offerings,” said Steve Knowlton, who, with Alexis Antracoli, is leading PUL’s acquisition of the items. “Since we first started working with Dan, he has consistently offered us the first pick of similar manuscripts, allowing us to build up a sizable collection that we hope will form a coherent body of data for scholars to explore.  We are also continually seeking out similar materials from other vendors.”

Currently, two of the items, ledgers from taverns in Maryland, purchased by Antracoli at auction, are being digitized at patron request and are open for research use. These ledgers were kept by Bernard (Barney) McSherry (1764-1796) and Richard Coale (1760-1834), brothers-in-law who operated taverns in Libertytown, Frederick County, Maryland. The ledgers document the sale of liquor and alcoholic drinks, as well as the hosting of games, dinners, shows, and other entertainment. They also include mentions of patrons such as American Revolutionary War officers Ely Dorsey (1744–1803), Lilburn Williams (1748–1794), and William Lamar (circa 1755-1838), as well as members of the local free African American community.

“For various reasons, information about free Blacks in the 19th century is sometimes difficult to find. For one thing, many people purposefully lived in rural areas far away from the government agencies that typically collected personal, financial, and economic data,” Knowlton explained. “Using ledgers and other records from rural and semi-rural enterprises, we can learn some information about how these usually overlooked people made their living, which parts of the economy they participated in, and the types of consumer goods they purchased. All that data helps form a more complete picture of the lives of people who lived in the past, and can often complexify received notions about social, economic, and political patterns.”

A list of these materials are available on the PUL finding aids website.  To make a digitization request for one of the items, please use the Special Collections Ask Us! form. 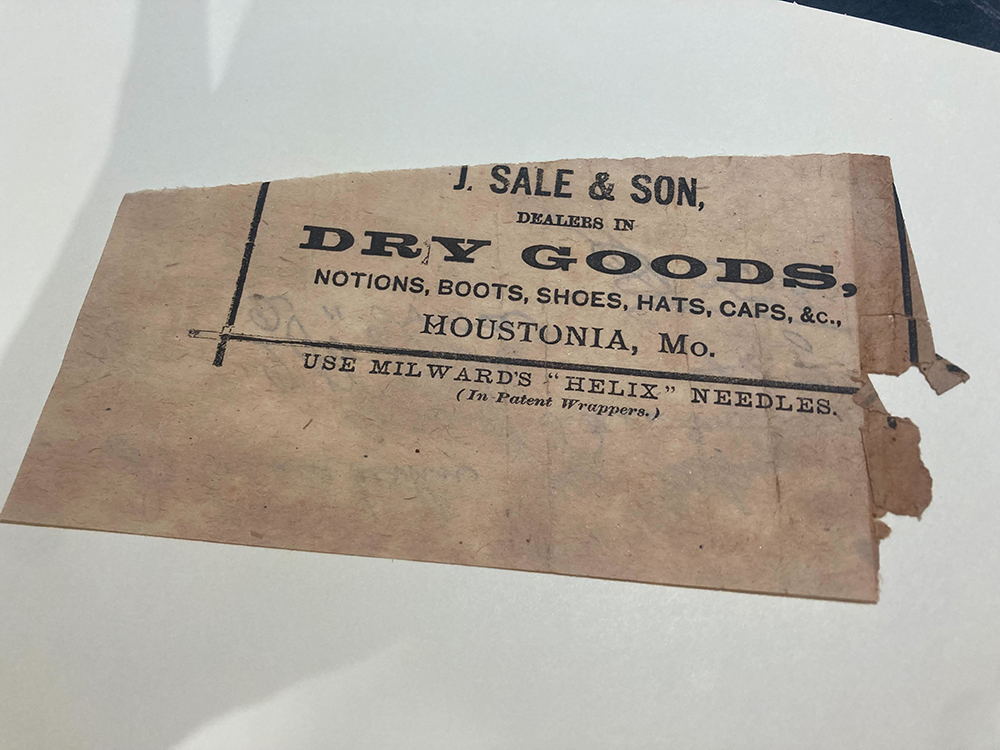 Ephemera of newspaper advertise for dry goods store from Chamberlain collection. This is an example of the type of store we might have a ledger for, but it’s not for Chamberlain’s business. Photo credit: Alexis Antracoli.