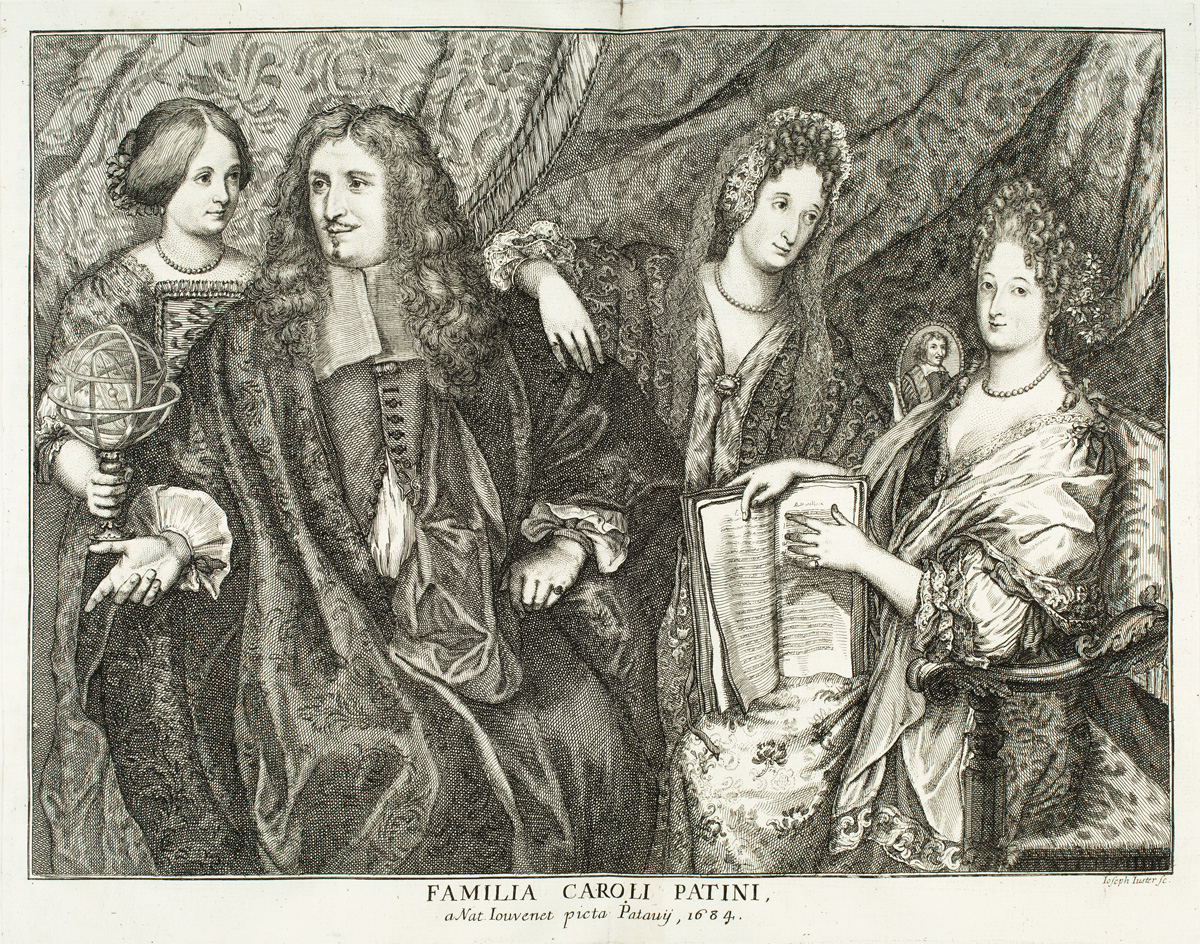 On display in Marquand Library is one of the earliest publications of art-historical criticism by a female scholar, Charlotte Catherine Patin (1672?-1744). Described by a recent critic as an “imaginary museum,” Pitture scelte e dichiarate da Carla Caterina Patina, parigina accademica(1691) is an unusual catalogue, comprised of forty works of art spanning more than two centuries, by artists of different nationalities, and located in various Italian and French collections and institutions. Charlotte Catherine’s selection includes many paintings by Titian and Tintoretto that she had studied in situ. Each is accompanied by a short critical essay, which includes some iconographical analysis and information about provenance, and is illustrated with a printed reproduction.

Born in France, Charlotte Catherine Patin, the erudite younger daughter of the physician and numismatist Charles Patin and the moral philosopher Madeleine Patin, followed her parents to Padua, where her father eventually settled after fleeing France in 1668 to escape a sentence of life in the galleys for importing seditious books. A distinguished professor of surgery at the University of Padua, Charles Patin encouraged the scholarship of women, including his daughters. During Patin’s tenure, Elena Lucrezia Cornaro Piscopia became the first woman to be awarded a doctorate at the university (1678). Both Charlotte Catherine and her older sister, Gabrielle Charlotte, also hoped to achieve doctorates, but the university swiftly acted to bar other women from this opportunity. All four Patins were honored with membership in the Paduan Accademia dei Ricovrati (later known as the Accademia Galileiana), one of the few academic societies that admitted women at that time.

In 1683, Gabrielle Charlotte published a scholarly work on Phoenician numismatics, and Charlotte Catherine delivered an oration in Latin at the Academy on the liberation of Vienna from the siege of the Ottoman Turks that same year. A version of Charlotte Catherine’s oration was published in the Pitture scelte to accompany an illustration of a painting in her father’s own collection depicting the lifting of the siege. It is likely that Charles Patin, with his extensive contacts in the book trade, encouraged and assisted Charlotte Catherine in publishing this work to celebrate her scholarship in the only manner open to her. The publication imprint “Colonia: Appresso Pietro Marteau” is false—a practice sometimes followed at the time to shield the identity of printers and publishers of provocative books.

The book will be on display in Marquand Library through mid-January, 2016.