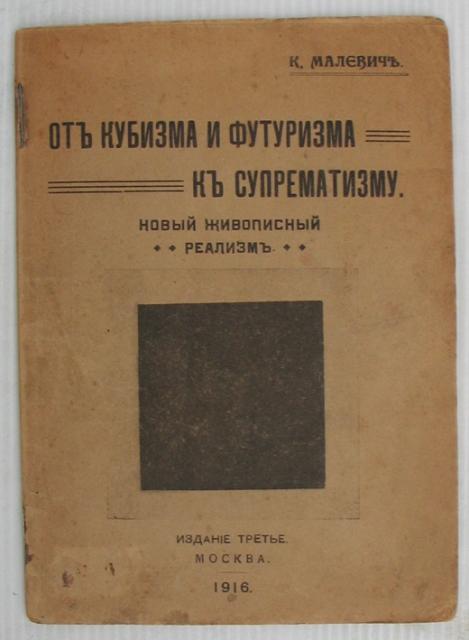 To mark the centenary of the Russian Revolution, Marquand Library displayed two key tracts of revolutionary art theory, fragile relics that survived the upheavals and destruction of the tumultuous period of war and revolution. Well before the October Revolution of 1917, artists of the Russian avant-garde had been developing their own revolutionary innovations in modern art. For Kazimir Malevich (born in Kiev of Polish heritage), the Black Square on the cover of this 1916 treatise became, in his words, “the icon of our era” in his quest for a new form of art beyond Cubism and Futurism. In retrospect, Malevich wrote, “In the year 1913, trying desperately to free art from the dead weight of the real world, I took refuge in the form of the square,” and suggested that the motif originated in a sketch supposedly made for a backdrop for the Futurist opera Victory Over the Sun (1913). But it was not until late 1915 that the Black Square painting featured prominently in the “Last Futurist Exhibition of Paintings: ‘0.10’” in Petrograd. To promote his Suprematist vision of non-objective art, Malevich published this essay in Moscow in 1916 with two geometric illustrations, a Black Circle and a Black Square. Marquand’s copy is considered the third edition, since two shorter versions, without illustrations, had accompanied the first showing of his Black Square painting in the Petrograd exhibition. 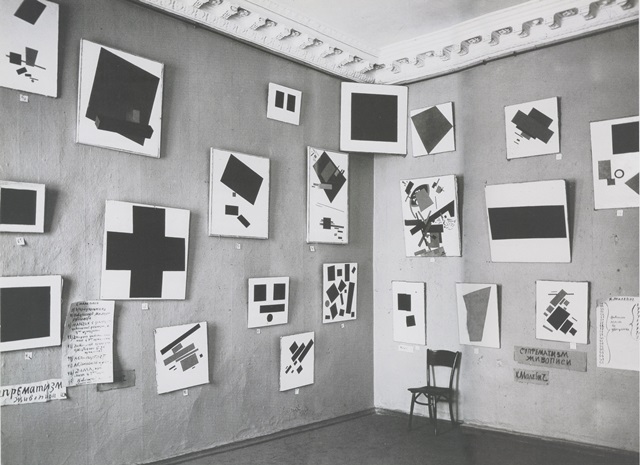 Malevich’s Black Square painting is located in the upper corner of the gallery in this photograph of the “Last Futurist Exhibition of Paintings: ‘0.10’” (Petrograd, 1915-1916). 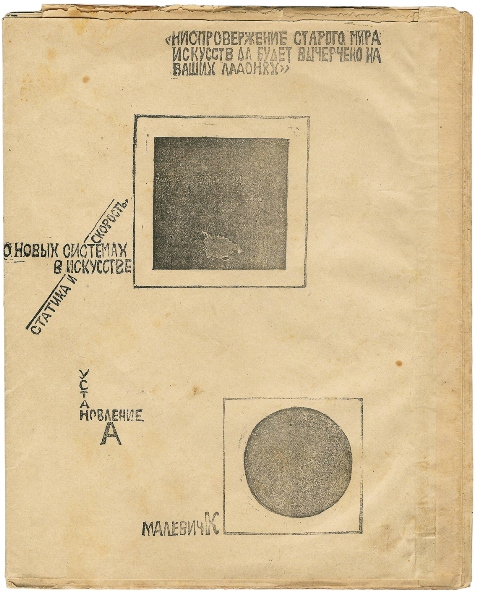 Produced during the years of dire shortages following World War I and the Revolution, this essay is one of Malevich’s key theoretical treatises, as well as a textbook for his students. In 1919, the new Communist-sanctioned Vitebsk People’s Art School, under the leadership of Marc Chagall, sent El Lissitzky to Moscow to invite Malevich to join the faculty. Malevich, already viewed as a rising star, eagerly accepted the opportunity to leave the privations of Moscow for relatively prosperous Vitebsk. The position provided a supportive environment for the publication of his philosophical works and the opportunity to disseminate his ideas among the artists there. Less than two weeks after his arrival at the school, Malevich gave a public lecture, “The Latest Trends in Art (Impressionism, Cubism, and Futurism),” from which On the New Systems in Art was developed. While El Lissitzky produced the cover in a linocut technique, several of his apprentices transcribed Malevich’s essay in block letters on the lithographic stones, with sections reproducing Malevich’s own handwriting, and nine of Malevich’s original lithographic illustrations. The densely packed lettering by various hands—errors and all—emphasizes the expressiveness and immediacy of the text. The epigraph on the outer cover: “Let the overthrow of the Old World of Art be traced on your palms,” preceding both the title and the author’s name, sets the tone of the revolutionary publication. Malevich and his Unovis (Exponents of the New Art) followers succeeded Chagall, who left Vitebsk in June 1920. 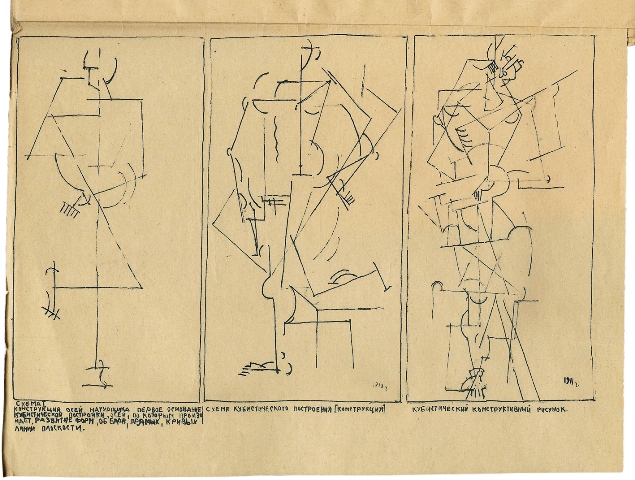 Malevich’s lithographs of schematic drawings demonstrating Cubist construction in On the New Systems in Art.

Published in an edition of 1,000, on poor quality paper, many of these fragile yet influential pamphlets did not survive long. Most of the remaining copies stored in Vitebsk were destroyed in the devastation of that city by German forces during World War II. These items will be on display in Marquand Library until April 27, 2018. 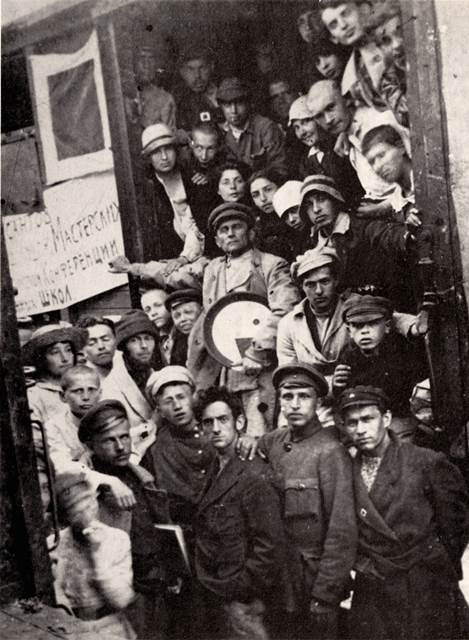 Kazimir Malevich (at center, holding a round “suprema”) and Unovis artists at the Vitebsk train station, setting off for the All-Russian Conference of Students and Teachers of Art in Moscow (June 1920).