In 2007, Ferran Adrià was contentiously invited to documenta, a prestigious exhibition of contemporary art that takes place every five years in Kassel, Germany. Adrià set up his exhibition space 850 miles away from Kassel on the coast of Catalonia’s Costa Brava, where his restaurant elBulli is located. Adrià engages with molecular gastronomy, an avant-garde style of cuisine which scientifically manipulates food to create surprising textures, colors, and shapes. Adrià's food art is innovative in its playful deconstruction of flavors, but it also takes on a higher form which transcends the individual ceramic plate. His tasting menu has been described as having a rhythm and a flow, with the precision and timing of the waiters and sommeliers requiring choreographies of their own. Adrià believes that with elBulli he has “turned eating into an experience that supersedes eating,” suggesting that a night out to a restaurant is equivalent to spending one’s time in a theater, cinema, or art gallery. This exhibit makes the case that chef and artist, cooking and art is indeed co-extensive. On display is the cookbook of a surrealist artist, the still-life photographs of an English vegetable gardener, the food manifesto of Italian art theorists, and a book on elBulli, among other titles about Spanish artworks fixated on food. 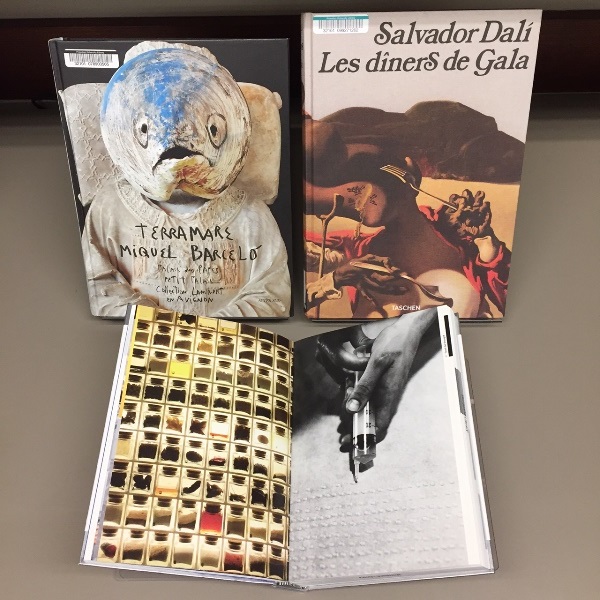