When thinking about artists, most people usually think about European artists like Van Gogh, Da Vinci or Picasso. Early American artists like John Trumbull, Gilbert Stuart, Richard Caton Woodville or Charles Wilson Peale usually get dismissed because of America’s short history as a country. However, these early American artists were instrumental in developing and recording America’s history as a nation, through capturing the reactions of American society during American crisis.

After the Revolutionary War, the newly “born” American artists depicted America as a united country as they primarily crafted paintings of either glorious leaders or significant events. By using lighter tones and concentrating on the person and not the setting (during portraits), the artists depict their subjects as regal and composed. Furthermore in battle scenes, painters would typically feature the Continental Army in the center, where there would be light shining down upon them amplifying the heroes in their glory.

The Mexican-American War was short and successful, and American artists depicted the United States public as being briefly united in their opinions on it. Prints and lithographs appeared constantly in the newspapers depicting America’s army as victorious. Richard Caton Woodville, an American artist at the time, included different groups of people of varying race, age, gender, and economic status all holding the same expression over America’s victories.

The Civil War was a war that impacted America on a scale not previously experienced by most citizens. Considered the most deadly war in American history, artists depicted America in the Civil War era as a disjointed nation plagued with death and grief. Artists displayed this by using darker colors to generate murkiness in the picture emphasizing the confusion of the times. In battle scenes, the field would usually be overcrowded and most soldiers were shadowy figures that were hard to distinguish. Additionally, soldiers were integrated within the setting rather than featured on their own. Juxtaposed to the Revolutionary War, where soldiers were featured and the highlight of many paintings, the Civil War artists made it clear that there was no glory in these battles. 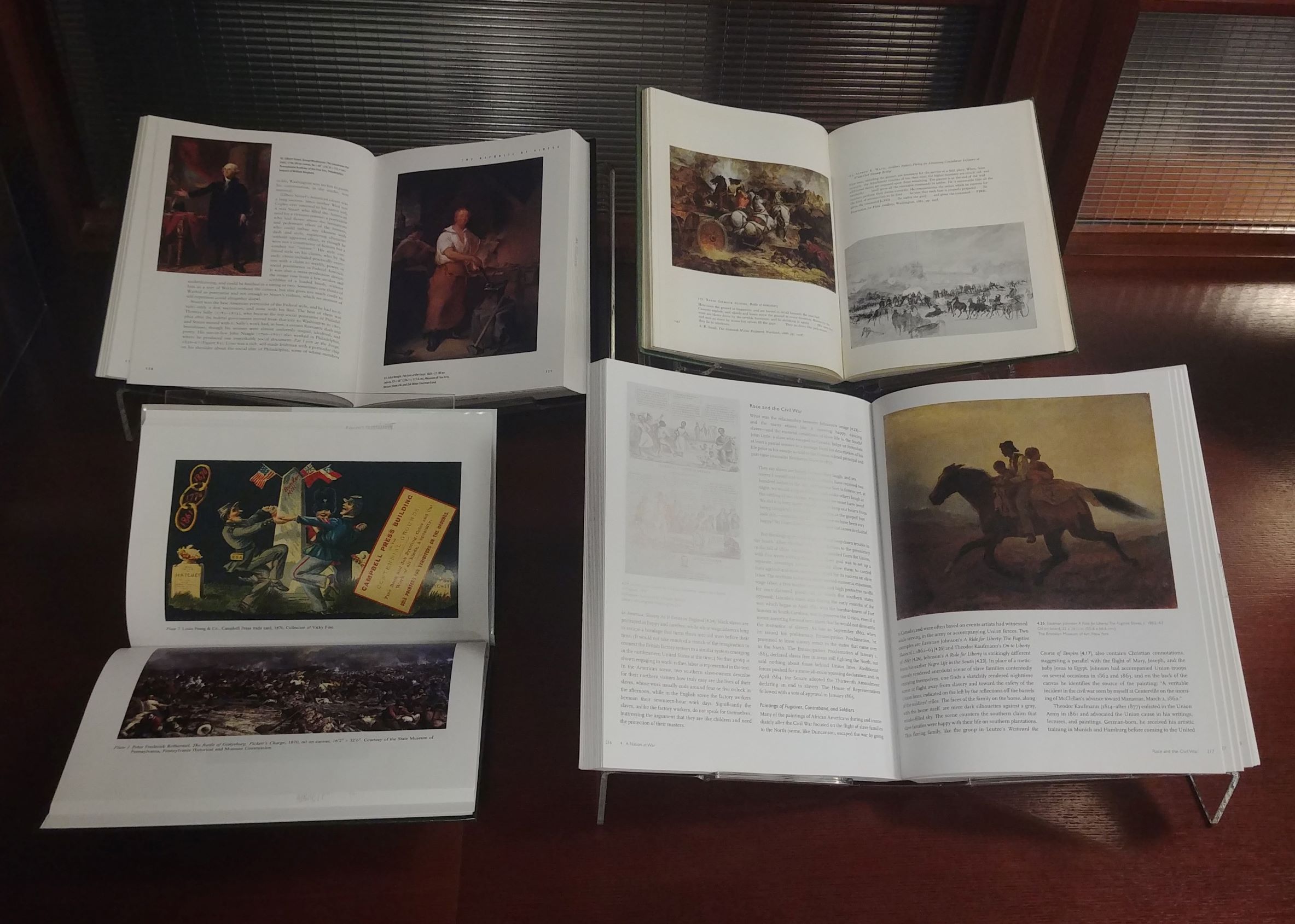