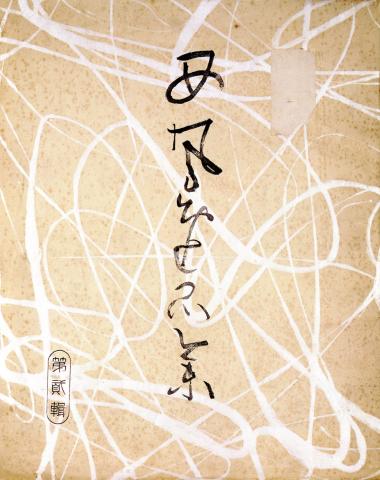 Over the past three months, Marquand Library of Art and Archaeology has been reserving some exciting titles for purchase. Although we are currently unable to receive orders, these reservations guarantee that we do not lose important books for the PUL collection. They also help our dealers who are struggling in these economically stressful times.

One of the items on reserve for the Japanese rare book collection is Seiho ippinshū [The Sublime Work of Seiho], which has been called “one of the most magnificent printing achievements of the twentieth century.”[i] It is not actually a book, but a luxurious set of 31 prints of the work of Takeuchi Seiho (1864-1942) in 10 wrappers. As you can see in the image to the right, the wrappers themselves have been woodblock-printed with designs in crushed mica that sparkle in the light.

Takeuchi Seiho was one of the most famous Japanese artists of the early 20th century. He personally oversaw the production of these prints which reproduce his greatest painted works. In traditional fashion, the prints were a collaboration of the artist, the block cutter and the printer. But using technological innovations—like collotype—to create the woodblocks that reproduced Seiho’s paintings, they were able to create the subtle effects of things like brushwork in the prints. This can be seen below in the blue shadow of the print entitled Pink Fuji—a seemingly innocuous, but daring political statement against the Japanese military of the 1930’s. 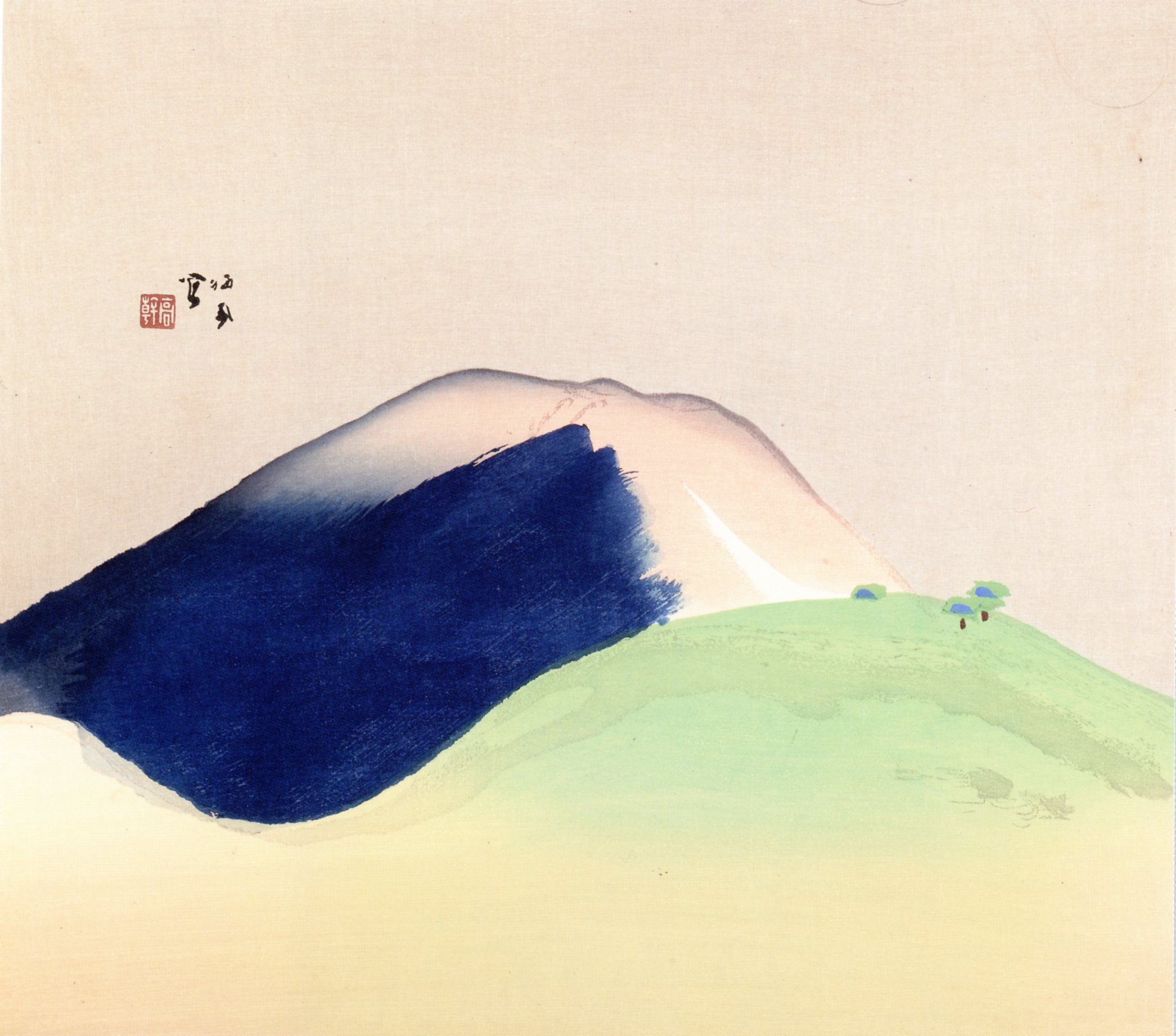 Marquand Library will own one of the very few extant examples of this complete work. This is because (as is typical in the Japanese art market) many sets have been broken up and sold by art dealers as individual prints. They appear in countless museum collections with no context. Additionally, unsold copies and the blocks used to print them, which had been stored at the printer’s studios in Tokyo, were destroyed by the U.S. carpet bombing of the city in 1945. This is one of only four known copies known to exist.