Join us for a viewing of the Met Opera's production of Puccini's "Tosca," Oct. 2 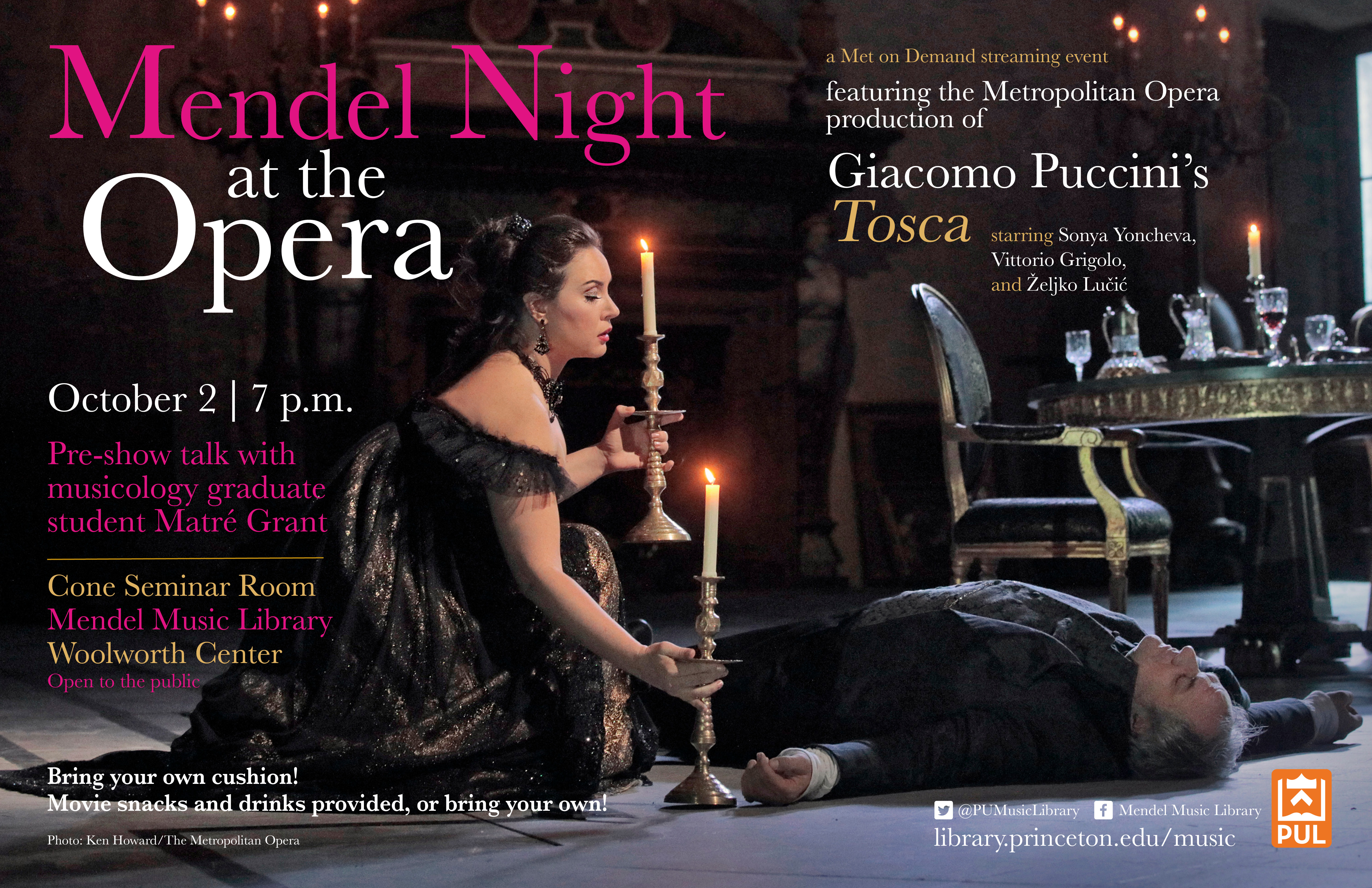 Join us for a night of gripping drama, deceit, passion, and incredible operatic singing set in the early 19th-century Rome!

The Mendel Music Library will be streaming the recent 2018 Metropolitan Opera production of Puccini's "Tosca" on Tuesday, October 2, at 7:00 p.m. in the Cone Seminar Room. This fourth "Mendel Night at the Opera" event features our subscription to Met Opera on Demand, which streams audio and video of over 500 Metropolitan Opera productions to Princeton users. We're excited to be showing this widely praised performance of "Tosca," one of the most popular operas in the standard repertory, preceded by a brief introduction from one of Princeton's accomplished musicology graduate students.

Seating is limited for this thrilling verismo opera that premiered in 1900, and your hosts will provide movie snacks and drinks (plus you can bring your own). The New York Times has lauded Sonya Yoncheva, who sings the title role, for "the elegance and ardor of her singing" and her "richly textured and shimmering" voice. Save the date, and join us on October 2!

Mendel Night at the Opera