With over 100 volumes and 4,500 titles, a collection at Arthur Mendel Music Library (located in Woolworth Center) contains unique and decorative sheet music collected and bound together by individuals during the 19th century. A combination of mostly piano solo music and piano and vocal music in numerous genres, the collection spotlights a time period in the United States when music making in the home was increasingly popular, and lithographed sheet music covers were in their heyday.

Pictured below are lithographed covers featured in the collection’s love songs. 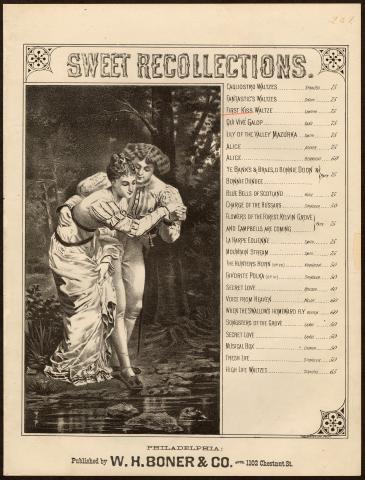 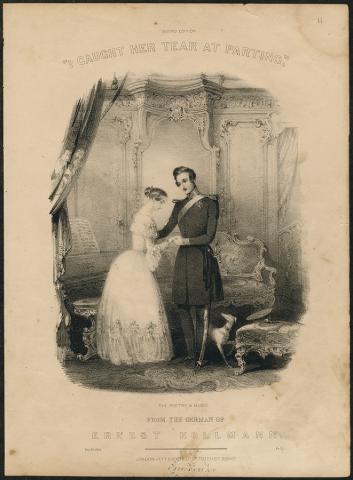 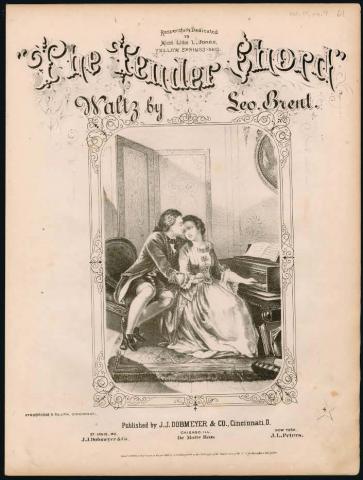 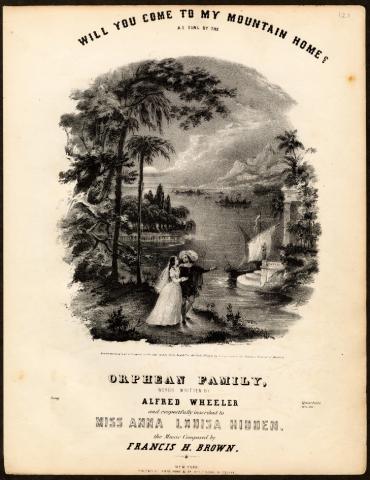 Included in the collection are ballads, quicksteps, marches, waltzes, and polkas by beloved 19th-century composers such as Stephen Foster, Francis H. Brown, and Stephen Glover, as well as humorous songs, political songs, and of course, love songs.

Materials in the collection date from the early 1830s through 1868. As a low-cost means of reproduction, lithography first developed in Germany in the late 1790s with Alois Senefelder in Munich, and began appearing on music covers in the late 1820s, starting with David Claypoole Johnston in Philadelphia in 1828. It spread rapidly in the 1830s to Boston, New York, Baltimore, and Cincinnati – and moved west and south in the next decades to St. Louis, New Orleans, Charleston, and San Francisco. The artful lithographic images by engravers such as the Endicotts of New York (seen in the full collection) provide decorative previews of the music inside by depicting the content or theme of the song, and served to help the music sell, often at a much higher price than unadorned publications, commanding 25 cents for black ink to as much as 75 cents for elaborate colorings (an odd 38 cents appears on several of the pieces in the collection). Such illustrated sheet music soon dominated the sale of commercial music.

The music, lyrics, and imagery are products of the time period, often focusing on politics, war, and other contemporary issues, as well as showcasing the popular music of the time for enjoyment at the home piano. These lithographs can be used to trace America’s development through song.