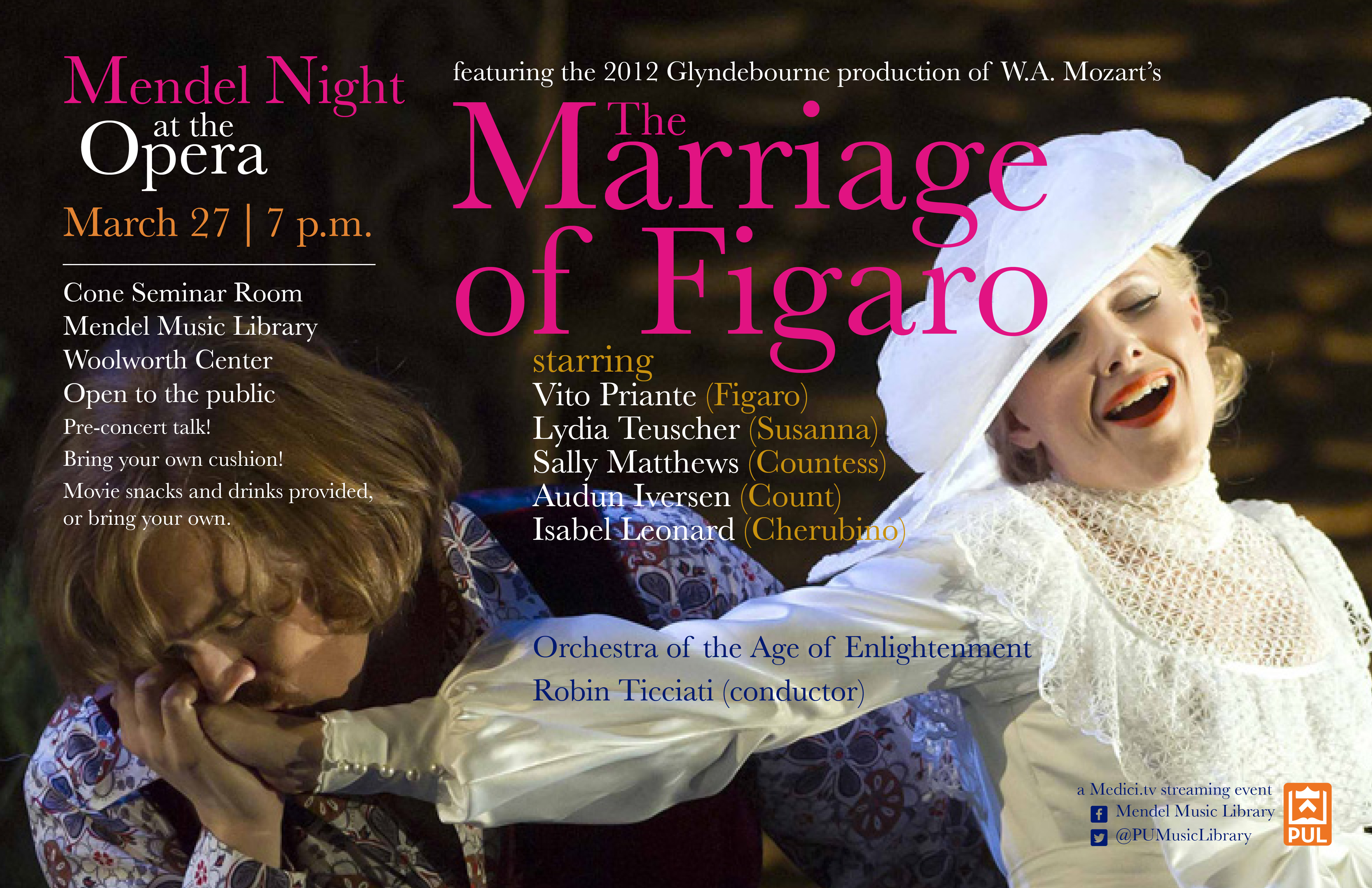 The comic opera "Le nozze di Figaro" was Wolfgang Amadeus Mozart’s first collaboration with librettist Lorenzo Da Ponte. It is based on the 1778 scandalous French play "La folle journée, ou Le mariage de Figaro" ("The Mad Day, or The Marriage of Figaro") by Pierre Beaumarchais. Despite its denunciation of aristocratic privilege, the play was first performed in Paris in 1784 at the insistence of Louis XVI and Marie Antoinette. It was banned from the Viennese stages but circulated in print, and Mozart and Da Ponte were insistent on turning this wildly popular contemporary play into an Italian opera. The premiere in Vienna on May 1, 1786 (just two years after the play's French production), featured a thrilling young cast, with Nancy Storace (Susanna) at 21 years old, and Anna Gottlieb (Barbarina) at the age of only 12! The 2012 Glyndebourne production presented at Mendel Night at the Opera via the Princeton University Library's subscription to medici.tv is reset in late 1960s Spain during Franco's rule. Although filled with staging details from the modern period (colorful printed kaftans/scarves, platforms and miniskirts, and even a convertible), the production retains the late 18th-century clash between nobility and servants that Mozart and Da Ponte so brilliantly depicted.

Open to the public
Pre-concert talk!
Bring your own cushion!
Movie snacks and drinks provided, or bring your own.