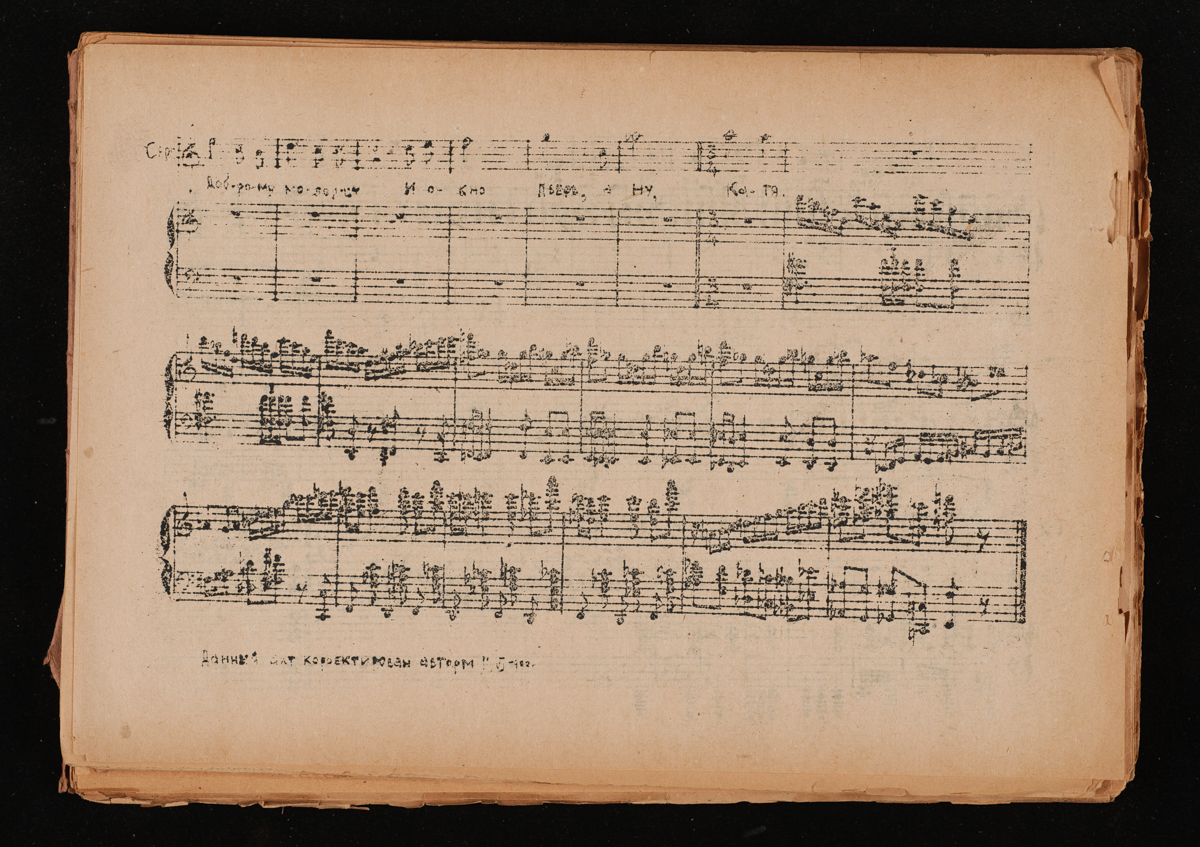 Jointly written with librettist Aleksandr Preis between 1930 and 1932 when the Socialist Realism aesthetic program became a universal mandate, the opera is an adaptation of Nikolai Leskov’s 1865 novella that converts Leskov’s villainess into a victim of class struggle and, to some, a Socialist Realist heroine. Shostakovich’s self-described “tragedy-satire” is remarkable for the extreme contrasts between the lyricism reserved for the suffering heroine and the stark parody and grotesque music used for all the other main characters.

The 1933 vocal score, hurriedly prepared for study and rehearsal purposes before the January 1934 premiers in Leningrad and Moscow, further documents a work representing one of the most famous instances of an artist struggling to produce and misjudging the boundaries of politically viable art in the Stalinist Soviet Union.

Simon Morrison, Princeton University professor of music and director of graduate studies in musicology, recognized for his outstanding work on Russian musical modernism and Soviet composers such as Shostakovich, notes, “Of all of opera history’s masterworks, Shostakovich’s Lady Macbeth has the stormiest history. It was a mega-hit in Soviet Russia in the early 1930s, then was performed extensively abroad, and then, in 1936, it was infamously denounced by the Stalinist regime for its shocking musical perversions (the plot has no shortage of sex and violence, but also tells a progressive tale of female resistance to oppression). The opera underwent considerable revision in its first years of existence, and productions increased in salaciousness. This acquisition is of incredible value in ascertaining Shostakovich’s original intentions for what became his most controversial composition.” 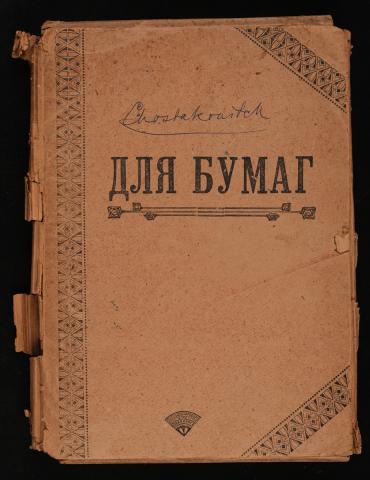 
In the past few years, the Library has made several significant purchases to support primary source study of music composed, performed, and discussed in the early decades of the Soviet Union, including first Russian editions of the Shostakovich’s fifth and seventh symphonies, early editions of works by Sergei Prokofiev and Arthur Lourié, several music and performing arts journals, and rare patriotic and partisan songbooks.

A polystylist, Shostakovich (1906–1975) was a Russian composer and pianist. Under the restrictive standards imposed on the arts by Stalin and subsequent Soviet regimes, Shostakovich wrote 15 symphonies, six concertos, and 15 string quartets (among numerous other works), and is considered one of the most significant composers of the 20th century. Scholars and critics recognize Lady Macbeth of the Mtsensk District as the first major opera of the Soviet period—a seminal work not only of Shostakovich’s oeuvre but also of modernist opera, with a firm place in the canon.

The vocal score of the opera is housed in Firestone Library’s Department of Special Collections.