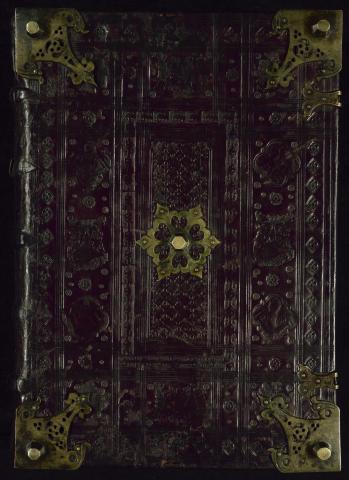 Available now to Princeton University Library patrons is "Bookbindings on Incunables, the Scott Husby Database at PUL," a research tool for investigating the great variety of bindings on 15th-century books. The Husby Database will help researchers study the original distribution of the early printed book market, later patterns of collecting incunables (i.e., books printed in Europe before 1501), the varied fortunes of libraries, and the fates of editions or individual books over time.

For each library, every incunable binding – regardless of period – has been included in the census. Although 80 percent of all incunables in North America now were later rebound, a significant number of “late Gothic” bindings from the later 15th- or early 16th-century survive. The Husby Database offers more than 4,000 photographic views and rubbings of these early specimens.

The database provides multiple search methods, using terms distinctive to it. By searching “Collection: PrinUL” and “Binding Era: Early,” for example, the user can survey descriptive data, photographs, and rubbings of more than 100 bindings at Princeton University. (Searching “Scheide” provides 46 more.) Or, users might search “Printer: Koberger” and “Bindery Location: Nuremberg” and retrieve more than 70 results.

The Husby Database does not focus exclusively on the external appearances of books; Husby’s experience as a bookbinder and conservator led him to record numerous features that inform the “archaeology” of the book, such as sewing structures, endbands, board treatment, binding waste, clasps, and other hardware. The photographic documentation also records hand-decoration and illumination of texts, as well as other evidence of early provenance, mainly as invitations to further research. 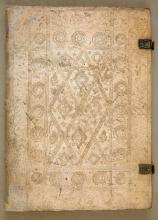 Upon project completion, Husby remarked, “It is always gratifying to find that years of work have not been an exercise in futility. My great appreciation goes to those at Princeton for helping turn this census of 15th-century bindings into what I hope is a useful contribution to the study of early printed books.”


Husby's decision to photograph interior details of the books, such as binding waste and provenance inscriptions, significantly enhanced the research potential of the database. In fact, while helping to develop Princeton's online version, Eric White, PUL's Curator of Rare Books, noticed vestiges of an important 9th-century Carolingian Bible from Trier in a binding at Cornell University and the signature of one of Johannes Gutenberg’s relatives in Mainz, dated 1518, in a book at the Huntington Library.

Such is the nature of the Husby Database: it allows researchers to bring their own potential for discovery to the remarkably rich assemblage of contemporary physical evidence.