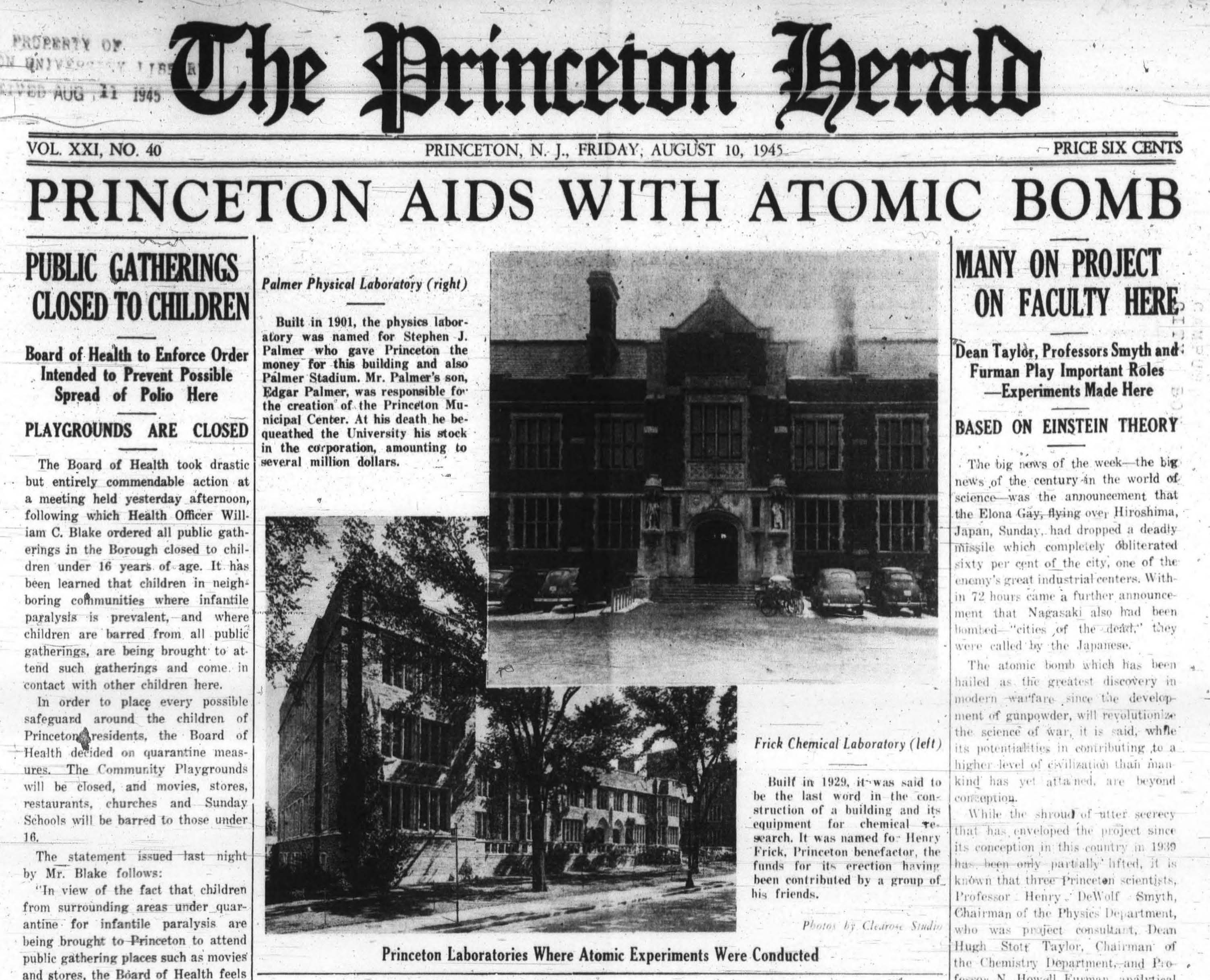 The Princeton Herald, a community weekly newspaper, published from 1923 to 1966, stated in its first editor’s column that it wanted “to be able to bring into the homes of Princeton and neighboring people those points of interest, news, and events…”

The Princeton Recollector, a monthly local history newsletter published from 1975 to 1986 in association with the Historical Society of Princeton, documents Princeton’s past through oral histories, illustrations, and photographs gathered by the Princeton History Project. Papers of Princeton, Princeton University Library

The Herald and the Recollector join the Daily Princetonian, the Princeton Town Topics, and several other local and university publications that have already been digitally photographed and transcribed in full. Jon Stroop, Director of Library Information Technology and Digital Services at PUL, said, “Newspapers are fundamental carriers of historical information, often providing us with the earliest and closest accounts of critical events and contemporary public opinion. Preserving and providing access to these types of resources is intrinsic to Princeton University Library’s mission, and we are excited to be a part of the project.”

The project began when the new leadership of the public library and the historical society met with the Princeton university archivist to discuss projects they could do together that they may not be able to accomplish individually. They agreed that digitizing local newspapers would benefit all three institutions and reviewed their holdings for what publications could be added.

“Having more local newspapers online will serve the audiences of all three institutions,” said Daniel J. Linke, University Archivist at PUL. “The Princeton and Slavery Project made excellent use of historical newspapers and with the additions of these two publications, it opens up further avenues of inquiry for that, in addition to many other topics for Princeton students.” In addition, the Princeton newspaper collection is also being used by undergraduate computer science majors to analyze historical, linguistic, and cultural trends within the various publications.

“When organizations with complementary missions work together, as is happening with the Historical Society of Princeton, the Princeton Public Library, and the Princeton University Library, we are able to provide better services for our constituents than any of us would have offered on our own,” said Brett Bonfield, Executive Director of the Princeton Public Library. “We are thrilled to take part in making this valuable and frequently sought after information as convenient to access as possible, and look forward to hearing how people with an interest in Princeton’s history are making use of it.”

Princeton University Library funded the creation of metadata for the publications. Other local newspapers that have been microfilmed are being considered for the next phase.

The following individuals also contributed to the success of this project: