"'She Came Anyway': Graduate Women and the Shaping of Modern Princeton," an exhibition panel and reception 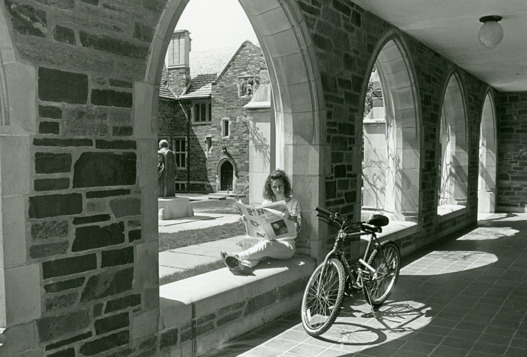 "'She Came Anyway': Graduate Women and the Shaping of Modern Princeton," an Exhibition Panel and Reception

The Seeley G. Mudd Manuscript Library is home to the University Archives. Its current exhibition, "Redefining Old Nassau: Women and the Shaping of Modern Princeton," examines the impact of female students on Princeton University. We invite you to a panel discussion, reception, and special exhibition to highlight the experiences of Princeton University's female graduate alumni and students.

As Princeton commemorates the 50th anniversary of the admission of female undergraduates this academic year, Mudd Library's exhibition will also commemorate 58 years of graduate coeducation, beginning in 1961. Princeton's early female graduate students broke the path for the graduate and undergraduate women who would follow them. The event's title is taken from a 1964 letter from an administrator about the first female graduate student in Religion:

“We have our first woman graduate student. In compliance with the policy regarding first year, women, graduate students we did not offer her scholarship aid. She came anyway.”

Despite a variety of challenges, many other female graduate students "came anyway." The panelists will discuss these challenges, how they met them, and the changes their relationship with Princeton brought to the institution and themselves. The exhibition following the discussion will include additional materials curated specifically for this event that will highlight the history of women in the Graduate School. 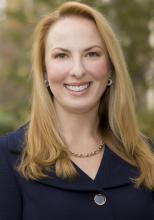 
Sarah-Jane Leslie is the Dean of the Graduate School and the Class of 1943 Professor of Philosophy at Princeton University. She has previously served as Vice Dean for Faculty Development, Director of the Program in Linguistics, and Founding Director of the Program in Cognitive Science. She is also affiliated faculty in the Department of Psychology, the University Center for Human Values, and the Program in Gender and Sexuality Studies. Much of her academic work focuses on how we categorize and generalize information about the world around us. As part of this work, she examines how the language young children hear shapes their perception of social groups, and how this relates to stereotyping and prejudice. Most recently, she has examined gender gaps in educational and career choices, and her work on the topic was named as one of 2015’s most interesting scientific findings by Edge. Leslie is the recipient of multiple grants, including from the National Science Foundation and the National Institutes of Health. She has delivered a variety of prestigious lectures, including the Gareth Evans Memorial Lecture at Oxford University and a keynote address at the Royal Society, and is the recipient of the Stanton Prize from the Society for Philosophy and Psychology, as well as a 250th Anniversary Fellow of Rutgers University. Her work has been covered extensively in the media, including by The New York Times, The Washington Post, and The Wall Street Journal. She has appeared on NBC, NPR, WHYY, CBC Radio, and Science Friday. 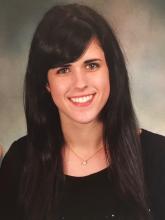 
Karina Alventosa is a second-year PhD student in the department of Civil and Environmental Engineering. The focus of her research is the chemical design and development of sustainable fire resistant cement and concrete made from metakaolin (calcined kaolin clay). Carbon dioxide emissions from current cement production is equivalent to that which is released from cars worldwide. The development of sustainable cements is imperative to reducing our environmental footprint. In 2013, Karina completed her undergraduate studies in Civil and Environmental Engineering at Brown University, and in 2014, received her Masters in Solid Mechanics also from Brown. During her undergraduate years, she was a research intern at NASA for a variety of sustainability projects in Environmental Engineering departments. As part of her Masters thesis, she worked for Gilbane Building Co. as the sustainability intern on Brown’s newly constructed Environmental Studies building. Prior to arriving at Princeton in 2017, she worked in building design as a structural engineer at Severud Associates in Manhattan and became a licensed Professional Engineer. Currently, Karina is the Vice President of the Graduate Student Government, is the graduate student representative on the Lake Campus Design Committee, and is working on a variety of sustainability initiatives on campus such as Farmer's Market Planning, Sustainable Event, and various furniture re-use schemes.


Patrice P. Jean is co-chair of Hughes Hubbard & Reed’s Life Sciences group. She has over a decade of experience counseling leading and startup companies in all areas of intellectual property law. In particular, she is adept at asserting and defending the patent and trademark rights underlying the core technologies and innovations of leading pharmaceutical, chemical and biotechnology companies. She also defends her clients against claims asserted by competitors, sparing them billions of dollars in damages. Additionally, her patent and trademark prosecution practice strengthens her litigation abilities and allows her to advocate for her clients before the United Stated Patent and Trademark Office as well as in court. Jean regularly calls on her technical background in the life sciences to offer her clients an in-depth understanding of the complex science relative to each prosecution and litigation matter that she handles. This vantage point leaves her well-positioned to understand the complex science behind her clients’ innovations as well as the broader market implications. Prior to attending Columbia Law School, Jean earned her Ph.D. in molecular biology from Princeton University and a bachelor’s degree in biochemistry from Xavier University of Louisiana. 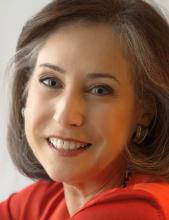 
Ann Kirschner is president of Comma International and University Professor at The City University of New York, where she is a Faculty Fellow at the Futures Initiative at the CUNY Graduate Center, teaching and writing about the impact of technology, demographics, and globalization on the future of work. She has led a wide range of organizations and management teams. As the first digital strategist for the National Football League, she launched NFL SUNDAY TICKET, NFL.COM and SUPERBOWL.COM. A pioneer in e-learning, she founded FATHOM with Columbia University, London School of Economics, and other leading institutions. She was the Dean of Macaulay Honors College at CUNY and Strategic Advisor to the Chancellor. She was founding co-director of the Women in Technology and Entrepreneurship (WiTNY) initiative at CUNY and Cornell Tech. Her writing includes Sala’s Gift: My Mother’s Holocaust Story and Lady at the OK Corral: the True Story of Josephine Marcus Earp. Ann Kirschner is a trustee of Princeton University and co-chairs the Graduate School Leadership Council. She is a member of the board of directors of Noodle Partners, Strategic Cyber Ventures, and Cricket Media. She is also also serves on the board of ASU EdPlus, the Paul and Daisy Soros Foundation, Footsteps, and nycFIRST, and on the advisory board of WorldQuant University and MOUSE. She is a graduate of University of Buffalo, University of Virginia, and received her PhD from Princeton University. 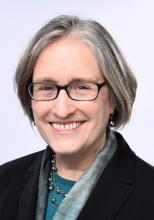 
Katherine T. Rohrer *80, Vice Provost Emeritus of Princeton University, came to Princeton in 1974 as a member of the third cohort of women admitted to the Ph.D. program in musicology. She became the first woman member of the Music Department faculty as instructor and assistant professor in 1979-1982. After six years on the faculty at Columbia University, Rohrer returned to Princeton to serve in the academic administration as director of studies at Wilson College (1988-1992), associate dean of the faculty (1993-2001), and vice provost for academic programs (2001-2015). After her retirement, she returned for more than a year to fill in as an associate dean of the Graduate School. She has been a trustee of Emory University since 2008 and a director of Aflac Inc. since 2018. She and her husband of 40 years, John Sully, are the parents of Clare Rose ’06 and the grandparents of four.

Light refreshments will be served at the reception and special exhibition following the panel discussion. This event is free and open to the public.

You are welcome to visit the Mudd Library exhibition, "Redefining Old Nassau: Women and the Shaping of Modern Princeton," at any time during Mudd's open hours, Monday-Friday from 9:00AM to 4:45PM.